The CPU coolers for AMD's upcoming Ryzen lineup have been pictured. This is only one of many recent Ryzen leaks that broke out over the past couple of days. Which included specs, performance benchmarks, a full model list and Ryzen pricing.

AMD's President and CEO Lisa Su confirmed that Ryzen will be released in early March. It was later confirmed that the release date is in fact set for March 2nd. The new line-up starting with the $499 Ryzen 7 1800X and ending with the Ryzen 3 1100 includes 17 different models. Four octo-core CPUs, three hexa-cores and six quad-cores. All Ryzen chips feature fully unclocked multipliers, making every one of them overclocking-ready right out of the box. AMD's 8 core Ryzen 7 1800X will turbo all the way to 4.0GHz, paired with a high quality cooling unit there's no telling how high these chips will overclock. 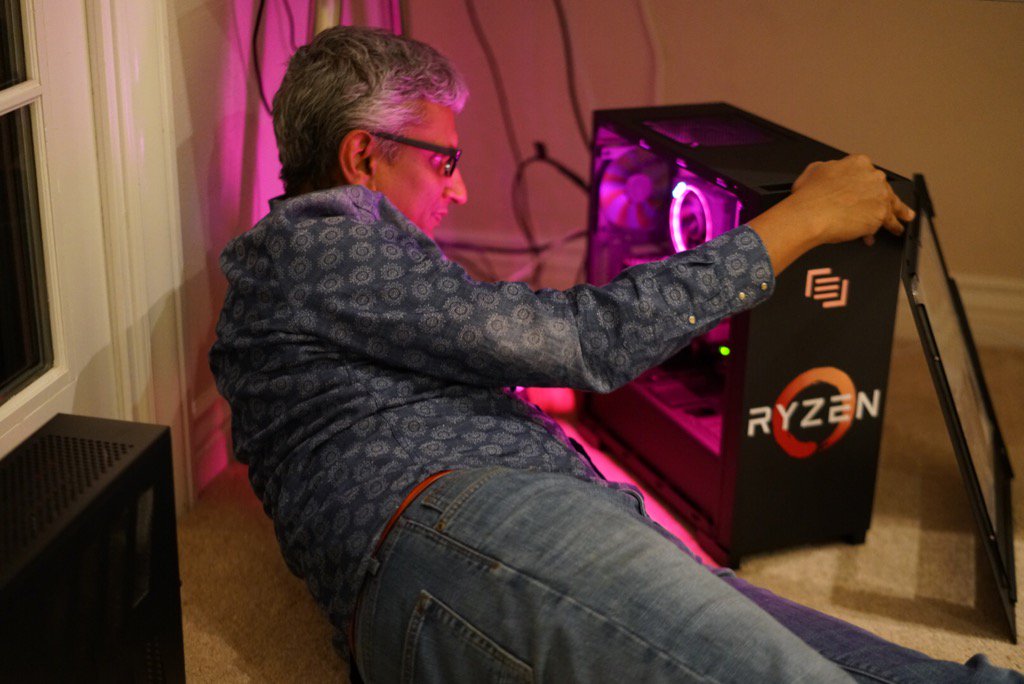 This brings us neatly to AMD's two brand new boxed coolers for Ryzen in addition to what appears to be an aesthetic update to the beloved Wraith cooler which debuted last year. The first of the three will come with 65W rated Ryzen CPUs, the second is for 95W CPUs and the third will likely be paired with Ryzen Black Editions. Black Edition are said to have the letter X at the end of their model numbers, like the 1800X and the 1700X for example.This is merely educated conjecture at this point. We won't know for sure until the end of the month.

If the photo of AMD's Chief Graphics Architect Raja Koduri is anything to go by, all three new coolers will feature LED lighting. Perhaps even customizable RGB lighting. Seeing how magenta is not AMD's corporate or brand color, it's likely that Raja chose that custom color. It also appears from the rendering that the two smaller coolers actually have the same 92mm fan that comes with the Wraith, which is very good news. The new fan is significantly quieter than its small noisy predecessor.