Amazing scenes were witnessed on the 30th of November when AMD officially launched the Ryzen 9 3950X 16 core CPU in the Japanese market. DIY builders who were anxiously waiting to try out the new 16 core mainstream processors had to wait in long queues all day and buy a coupon to confirm their order.

As reported by Akiba-pc.watch, sales for the AMD Ryzen 9 3950X 16 core processor were planned to initiate on the 30th of November (Sunday). Each store required users to get a purchase-ticket & wait in line at each store before they can pick up the flagship mainstream AM4 processor. Editor of Akiba-pc.watch, Isamu Kubo, stated that he was informed by shop keepers that some buyers even tried so line up during the night but that was prohibited so they were advised to come back early in the morning. That's a great show of enthusiasm from the DIY community for AMD's latest CPUs.

Japan and Asian regions aren't the only markets where AMD Ryzen 3000 CPUs are performing this well. The latest numbers from Mindfactory were reported by us just a few hours ago which show AMD simply killing it in November with a record number of CPUs sold and a record revenue at the biggest retailer in Germany. 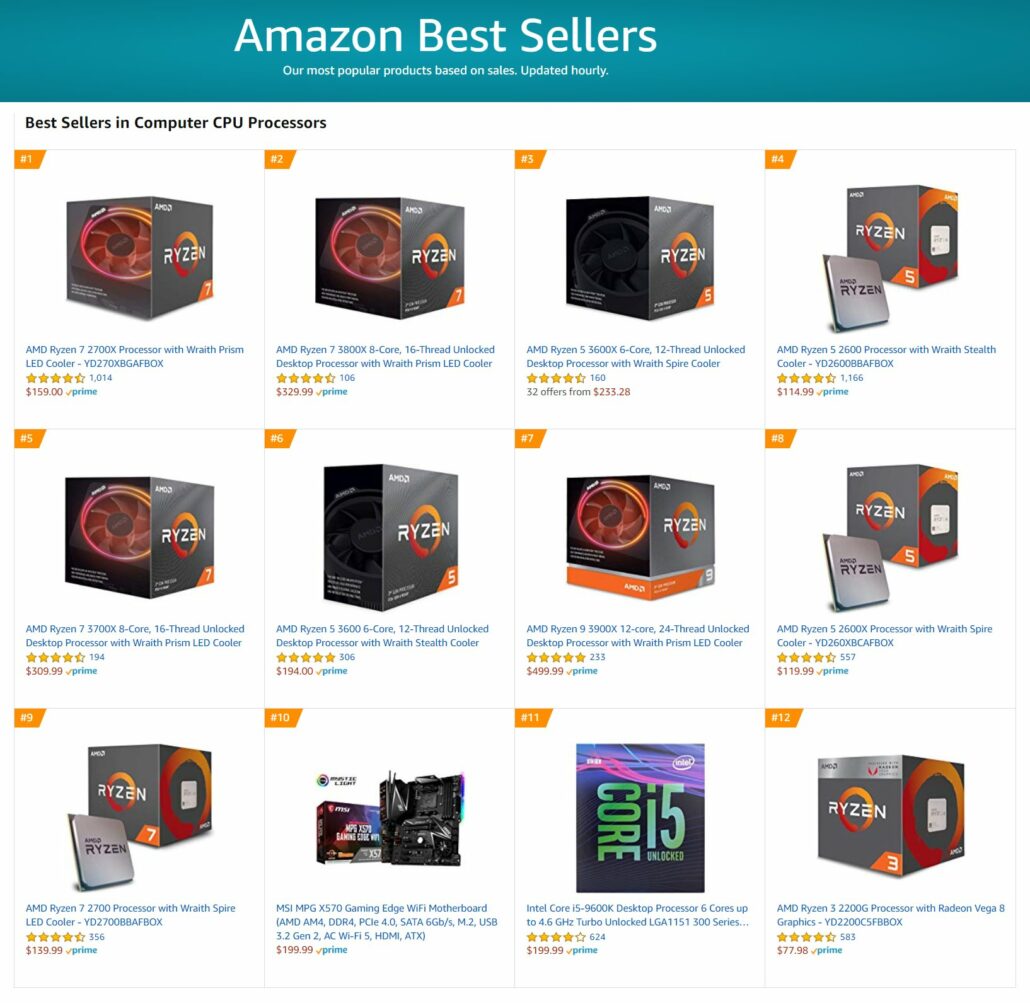 Even at Amazon, AMD Ryzen 3000 and Ryzen processors in general, along with their black-Friday discounts have made them top the Bestseller CPU charts. More so, that even an MSI X570 $199.99 US motherboard has started showing up in the CPU bestseller charts which is because many users are buying it along with their Ryzen 3000 CPU purchase. Currently, AMD holds all of the top 10 CPU places on Amazon. There are also some amazing Ryzen CPU deals at Amazon right now such as:

The AMD Ryzen 3000 momentum isn't stopping anytime soon and with news already that AMD's Zen 3 based Ryzen 4000 processors are on the horizon, Intel's mainstream lineup would face the same demise as their HEDT platform.