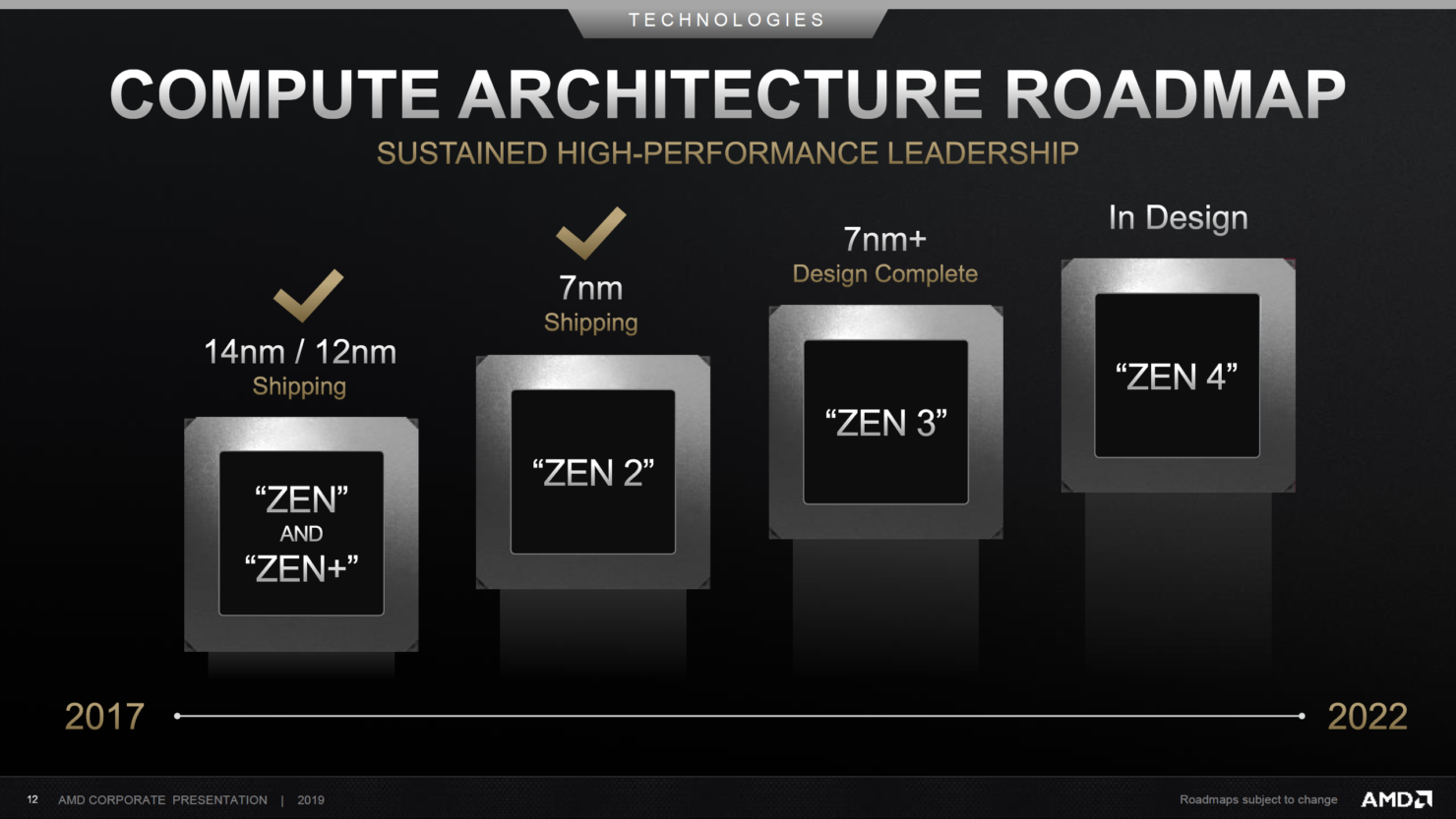 The latest version of AIDA64 (v6.20) has added support for unreleased AMD processors along with fixing some of its own bugs for better performance. The highlight of the release is support for the unreleased AMD Zen 3 and Zen 2 processors which include Ryzen 4000 CPUs and APUs. The AMD Ryzen 3000 series lineup was completed just recently with the release of the Ryzen 5 3500 series & from now onwards, AMD will be pushing their Ryzen 4000 series chips to consumers.

Before we go into the details of the Zen 3 and Zen 2 based Ryzen 4000 processors, following are the new features and improvements added in the new AIDA64 version 6.20 (More here):

Last week, AMD's SVP, Forrest Norrod, revealed how Zen 3 is going to bring an entirely new chip architecture along with other key enhancements. Based on the 7nm+ process node, AMD aims to deliver some major IPC improvements and key architectural changes with Zen 3 cores. AMD will also follow the Intel Tick-Tock cadence with Zen 2 being the Tick since it offers a new process node and an evolution to the original Zen design rather than a complete architectural change while the Zen 3 core will be AMD's Tock, offering a similar but enhanced process node (7nm+) alongside a brand new architecture.

Even if the 7nm+ process node isn't a big upgrade like 14nm to 7nm, there are still some uplifts to efficiency. TSMC's 7nm+ process node which is made using EUV technology delivers 10% better efficiency than its 7nm process while offering 20% more transistor density than the 7nm node. You can read more here about all the architectural changes that AMD is expected to be bringing with their Zen 3 core architecture.

Given how well AMD Ryzen 3000 CPUs compete against Intel's 9th Generation lineup, in just one more generation, AMD would definitely be the IPC leader in the mainstream and HEDT desktop market considering Intel isn't bringing 10nm anytime soon to their desktop products. Even Intel's Comet Lake and Rocket Lake processors are expected to retain 14nm architectures and won't be moving to sub-10nm architectures like Sunny Cove which is featured on Intel's 10th Gen notebook family of processors.

As for AMD's Ryzen 4000 APU lineup, the Renoir family will be based on the Zen 2 CPU and new GPU cores. According to AMD's roadmap, the Ryzen APU family gets the newer Zen core treatment after the desktop CPU lineup. This is why APUs will be getting Zen 2 cores at least 6 months late. The 7nm APU family will have a lot of new features to talk about aside from the Zen 2 cores, it will be highly efficient, more than the current 12nm Zen+ parts and will feature a new graphics engine that would either be entirely Navi based or a hybrid Vega core with a more modern feature set.

The 4th Gen lineup, codenamed Renoir, will feature support on FP6 (notebook) and AM4 (desktop) platforms. The current Ryzen notebook lineup is based around the FP5 socket and since FP6 is a whole new socket change, we can expect a drastic change to the feature set of the Renoir generation of CPUs.

From the looks of it, AMD will be segmenting their 4th Gen Ryzen notebook lineup into regular consumer and PRO consumer variants. The regular variants will feature a 45W TDP which is a bump from the existing 35W TDP while the PRO variants will feature a 15W TDP. What's interesting here is that AMD is planning to go up to Ryzen 9 on their notebooks as AMD wants to take the fight to Intel's 45W Core i9 parts. It will be really interesting to see how things pan out for Renoir as it will be taking on Intel's 11th Gen Core '10nm Tiger Lake' lineup in 2020.