The AMD Ryzen 9 3900X might just be the fastest overall processor in the $500 US segment, with 12 cores and 24 threads based on the Zen 2 core architecture. While the chip has been out in the market for a while, Australian overclocker (via Shaun Fosmark @ Twitter) has pushed the chip to an impressive 5.62 GHz, beating out Intel's own 12 core chips clocked at around 6 GHz.

The AMD Ryzen 9 3900X is the highest core count CPU you can buy under for $500 US and the only Intel option you can get for that much is the Core i9-9900KS. While Intel may have the general clock speed advantage, the recent overclocking sessions once again show that Intel's IPC lead is no more and Zen 2 has outclassed Intel's aging Skylake architecture and its several revisions.

The AMD Ryzen 9 3900X was overclocked by Australian overclocker, Jordan Hyde, who goes by the handle of JORDAN.HYDE99 over at HwBOT. Jordan overclocked his chip to an impressive 5.625 GHz using LN2 across all cores. A voltage of 1.800V was supplied to the CPU and 16 GB of DDR4 ram at 4400 MHz (G.Skill Trident Z) was featured on the test setup. The processor finished the 1024M run in 35.517 seconds and the 32M run in 1.797 seconds. The wPrime 1024M run is now the top score for any Ryzen 9 3900X tested to this day and the second-highest score in the global 12 core rank list. 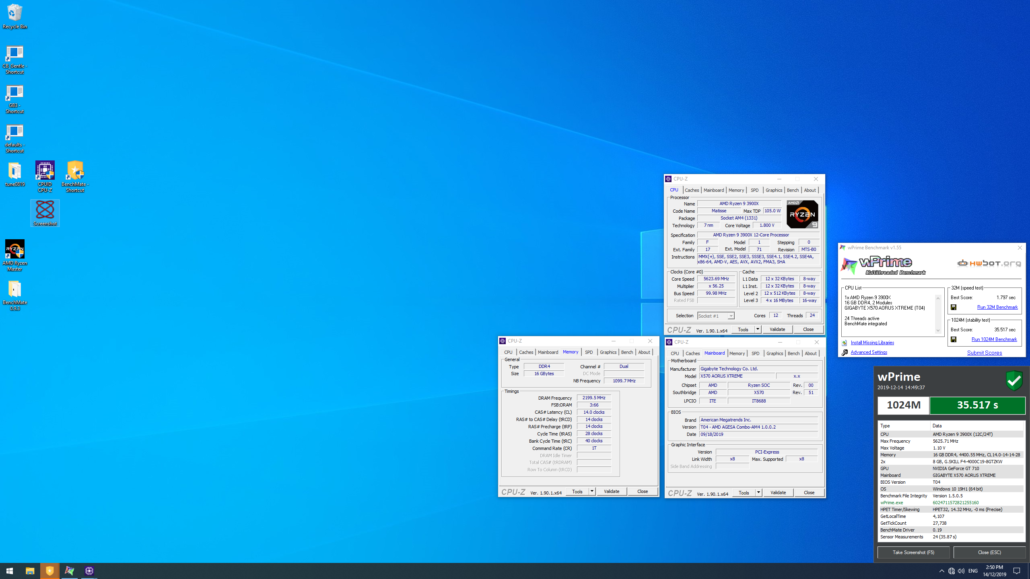 The fun fact is that this is AMD's second-best mainstream chip as the Ryzen 9 3950X has also been breaking several-world records since its launch. We aren't going to even mention the Threadripper 3rd Gen parts here since they are now in a league of their own with no competition in sight. This just goes to show that Intel has lost all major leads they once had (IPC, efficiency, process, etc) to the Zen architecture and unless Intel brings their next-gen 10nm/7nm cores down to desktop and HEDT segment, they won't make a full revival in these markets anytime soon.

Also, there's good news for our Japanese readers as the AMD Ryzen 9 3900X is back in stock at major retail outlets such as TSUKUMO eX and PC Shop ARC having a good stock in their hands. Prices are suggested at around $550-$600 US which is similar to the $900 US+ situation the JP market experienced during the launch of the Ryzen 9 3950X. The Ryzen 9 3950X is also available but stock is said to be very short and prices are still floating around the $850-$900 US mark but those of you who have been waiting for the 12 / 16 core mainstream processors, this is the right time to buy before the holiday season ends.