The latest benchmarks of AMD's Ryzen 7 5700G 8 Core Cezanne Desktop APU have leaked out that show an impressive performance increase over the Renoir lineup. The AMD Cezanne Desktop APU family will be using the Zen 3 core architecture and arrive in the first half of 2021.

The AMD Ryzen 7 5700G 8 Core Cezanne APU was listed over at eBay, last month. The listing gave us much of the details in regards to specifications and preliminary performance numbers. AMD is going to offer a range of desktop APUs within its Cezanne lineup but it seems like the 5700H will end up being the fastest offering however the leaker here says otherwise. 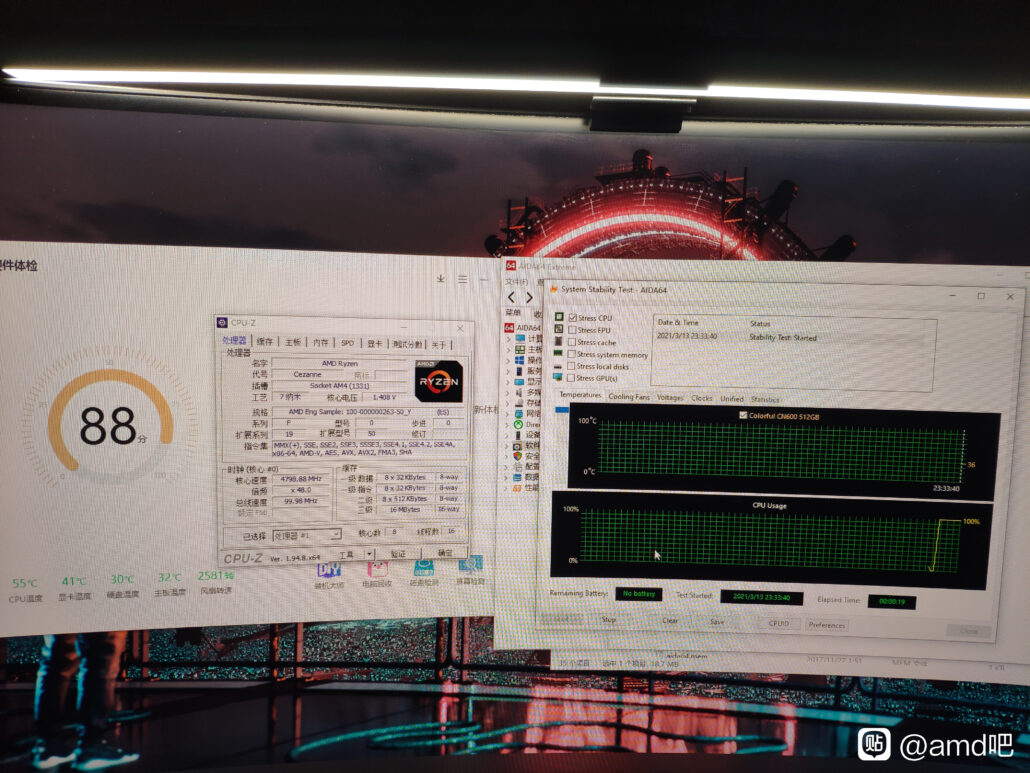 Coming to the performance numbers, the AMD Ryzen 7 5700G APU was benchmarked within the Cinebench R20 benchmark and scored 589 points in single-core and 5894 points in the multi-core tests. The Ryzen 9 5900X, for comparison, scores 629 points which is close to what the AMD Ryzen 7 5700G scores but only when the latter is overclocked. This puts the lead for the Cezanne APU at around 20% higher than its Renoir-based predecessor, the Ryzen 7 4750G. Other than that, AMD's Ryzen 7 5700G seems to run pretty cool even with a heavy overclock and hits a maximum of 55C under the stress test. It is likely that an AIO liquid cooler was used to achieve these temperatures.

The previous generation AMD Ryzen 4000G Renoir APUs showcased some impressive memory overclocking capabilities and one can expect the same from the upcoming Cezanne APUs which are also going to be available in the mainstream segment with proper channel availability, unlike the Ryzen PRO 4000G APUs. The leaker suggests an 1888 Chinese Yen price for the ES chip which is about $300 US and if the final chip is anywhere near that, it is going to be a hot seller for AMD.