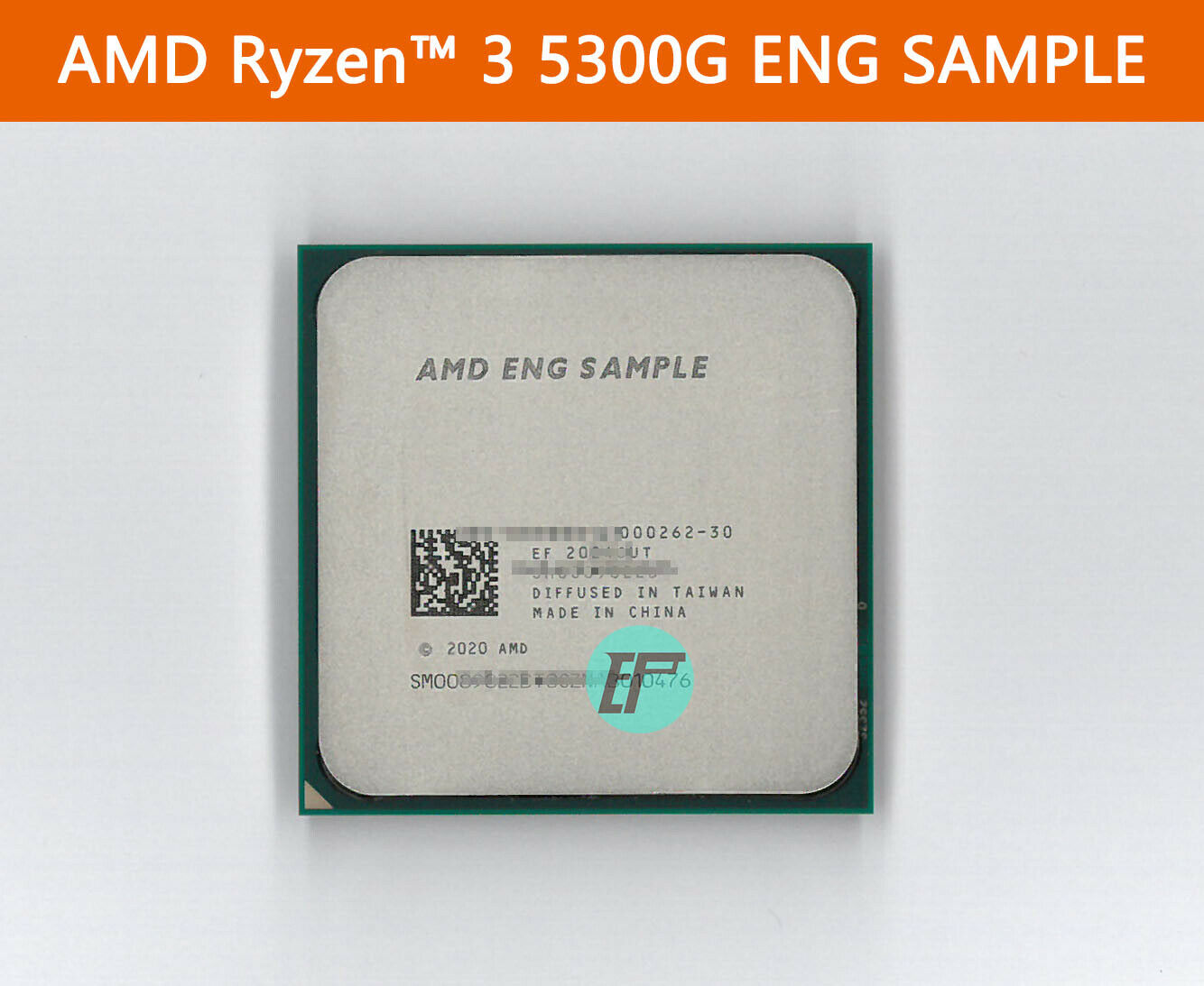 An entry-level AMD Ryzen 5 5300G 'Cezanne' APU has been listed on eBay which features the Zen 3 core architecture. The listing, spotted by Harukaze, comes from the same guy who previously made a listing for the Ryzen 7 5700G ES APU last month.

Since the APU is still in an engineering state, the final clock speeds of the retail part might end up being higher. The APU also features 8 MB of L3 cache, 2 MB of L2 cache, and a TDP of 65W. There's a Vega 8 iGPU onboard but we don't have the exact clock speeds for it aside from that it features 512 stream processors.

During the stress testing within AIDA64, the AMD Ryzen 5 5300G had temperatures hovering under 50C on a stock AMD cooler which is very impressive. This chip will have tremendous headroom for overclocking and would still run cool when using a proper cooling solution. As for power, the CPU was running around the 90-100W limit.

The AMD Ryzen 5000G Cezanne Desktop APU lineup is expected to launch in the first half of 2021.  The previous generation AMD Ryzen 4000G Renoir APUs showcased some impressive memory overclocking capabilities and one can expect the same from the upcoming Cezanne APUs which are also going to be available in the mainstream segment with proper channel availability, unlike the Ryzen PRO 4000G APUs.