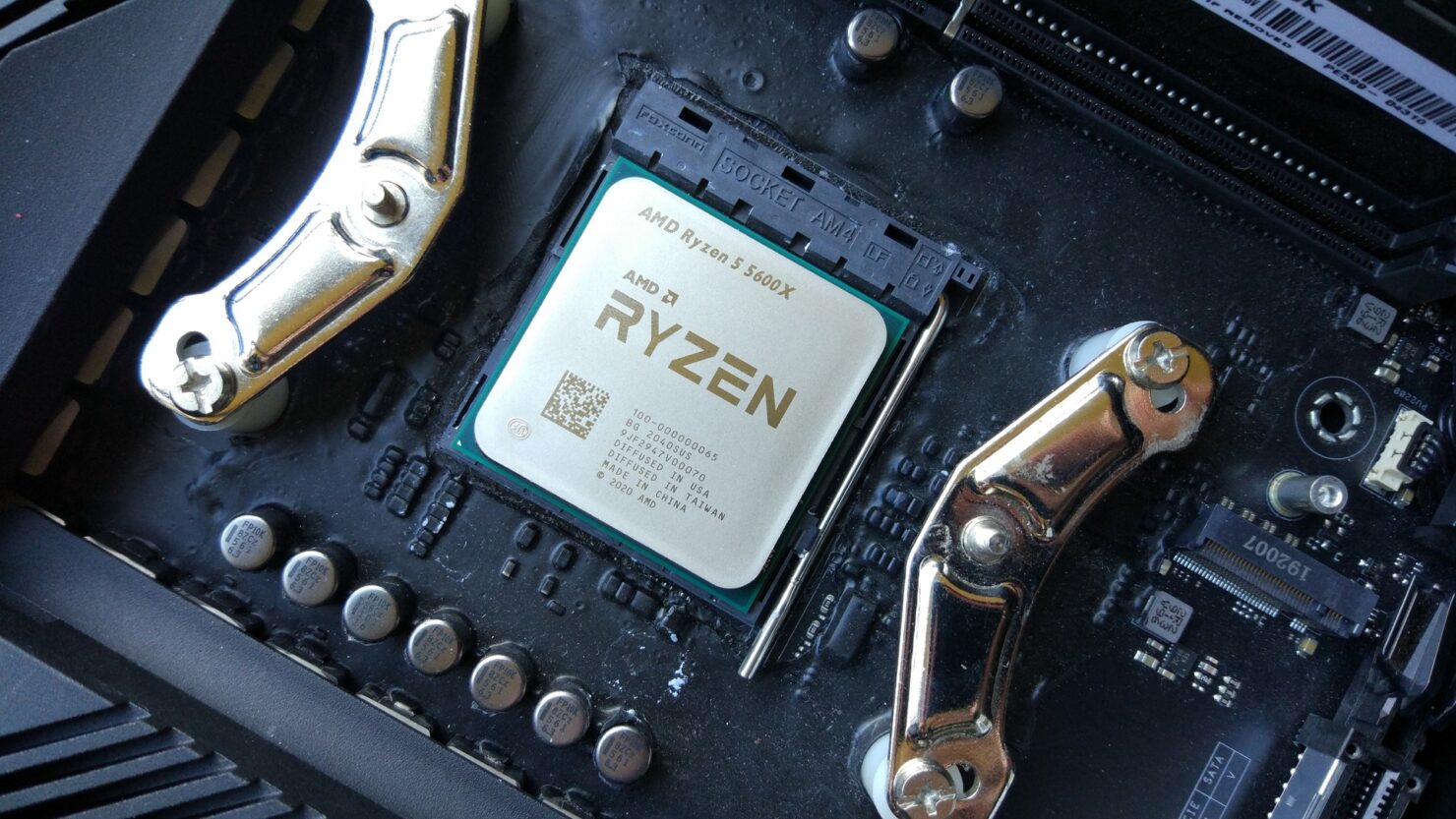 The first AMD Ryzen 5 5600X "Zen 3" owner has provided his first impressions and benchmarks of the CPU. The owner, Lawrence Timme, who goes by Jumper118 over at LTT Forums was the same who first posted the benchmarks of the chip running at stock and overclocked speeds in Cinebench R15 and R20 benchmarks which we covered here.

AMD Ryzen 5 5600X Zen 3 Desktop CPU Benchmarked By User, Excellent Overclocking Capabilities With Up To 4.85 GHz Across All 6 Cores

The AMD Ryzen 5 5600X was benchmarked by the user on the ASUS ROG Crosshair VIII Hero board with 16 GB of Patriot Viper DDR4-3800 (CL14) memory and an air cooling solution which comprised of a dual-tower heatsink. So before we get into the benchmarks, let's take a quick look at the specs of the Ryzen 5 5600X.

Coming to the benchmarks, the user first did a stock run of the processor in CPU-z. The CPU posts a 4.6 GHz clock on a single-core at stock out of the box specs. The chip scored 640 points in single and 4900 points in the multi-threaded test within the CPU-z benchmark. Following are the numbers from the user:

Another important benchmark was the AIDA64 Cache & memory test which shows just how well optimized AMD has made its Ryzen 5000 series versus the previous generations of Zen in terms of latency. The chip delivered a latency of 53.9 ns which is impressive given how Ryzen 3000 (Zen 2) CPUs usually hover around 60-70 ns. The chip also scored around 8250 points in the Geekbench 3 memory performance benchmark.

Moving over to Cinebench, the performance was evaluated in both Cinebench R15 and Cinebench R20. The chip scored 1808 points at stock and had clock speeds hovering around 4.65 GHz and with temperatures of 55.6C. For comparison, we have overclocked results for the chip at various clocks that were tested by the user and are reported below:

As you can see, the AMD Ryzen 5 5600x was pushed to an impressive 4.75 GHz on air cooling which is a 1 GHz clock bump over its base clock and a 13% improvement over its stock all-core boost of 4.2 GHz. But that's not enough, Lawrence also ran the CPU through some water-cooled testing with his custom-loop cooling solution. He managed to push the CPU all the way up to 4.85 GHz on 1.35V and scored 2118 points in Cinebench R15 multi-thread and 4888 points in the Cinebench R20 multi-thread benchmarks.

The AMD Ryzen 5 5600X along with the rest of the three Zen 3 Desktop CPUs are planned for launch on the 5th of November which is 2 weeks from now. The CPUs will initially be compatible with the 500 series (X570 / B550) motherboards while there's planned support for 400-series motherboards too by January 2021.