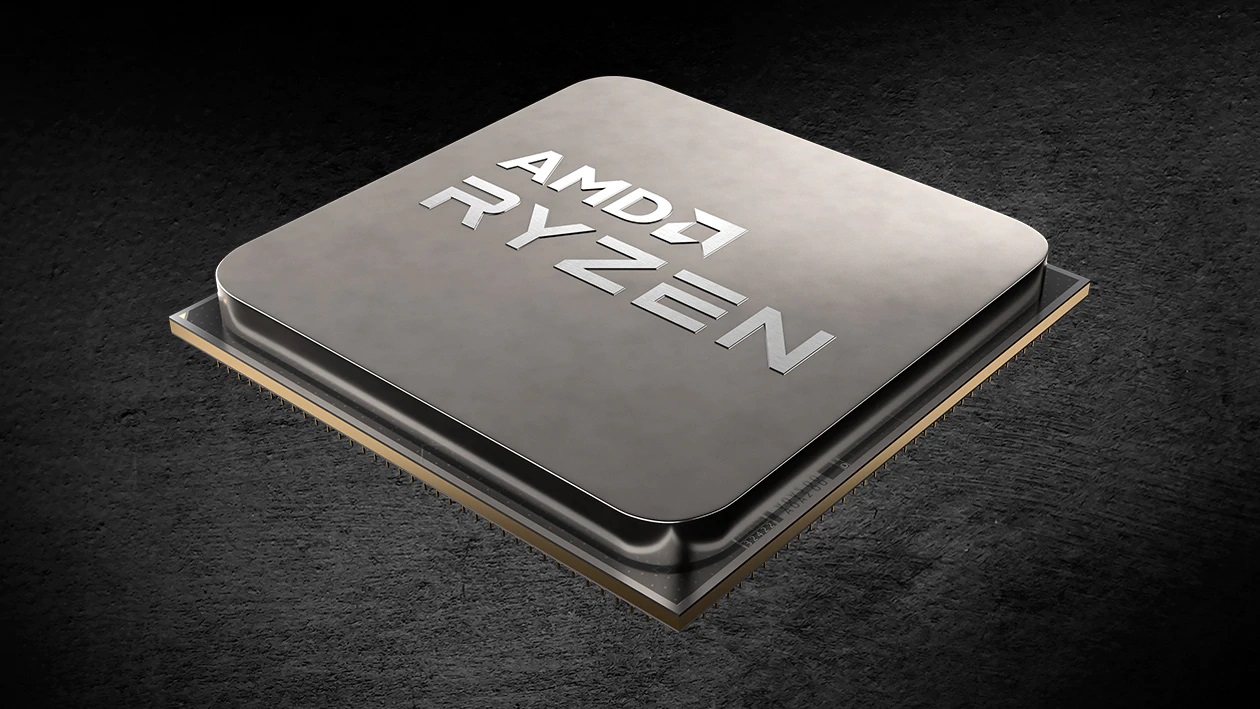 The AMD Ryzen 5 5600X 6 Core Desktop CPU has been benchmarked within Cinebench R15 and it looks like the competition is going to be put down once and for all. The numbers were posted by TUM_APISAK over at Twitter and show the multi-threading performance of AMD's mainstream & 6 core processor which launches this week.

The benchmark shows the AMD Ryzen 5 5600X, which was running at overclocked speeds of 4.7 GHz across all of its 6 cores, post a score of 2040 points in multi-threading and 258 points in the single-threaded tests. The test platform was running DDR4 memory at 3200 MHz (CL14 timings) with an ASUS ROG Crosshair VIII HERO motherboard. The voltage was set to 1.256V for this test run. 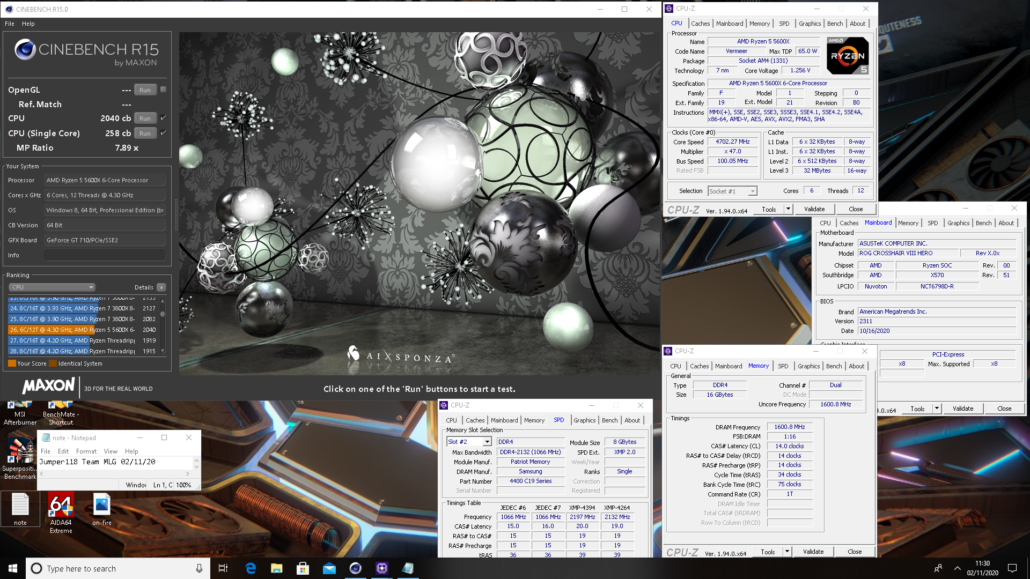 Based on these benchmark numbers, the AMD Ryzen 5 5600X is 42% faster in multi-threading and 25% faster in single-core performance than the Intel Core i5-10600K which runs at faster clocks & also features a higher TDP of 125W versus AMD's 65W TDP. The AMD Ryzen 5 5600X is also up to 25% faster in multi-threading and 22% faster in single-core tests versus its predecessor, the Ryzen 5 3600XT. The CPU also comes in faster than the Intel Core i7-10700K which is an 8 core processor while the AMD Ryzen 7 3700X has a slight lead over it. 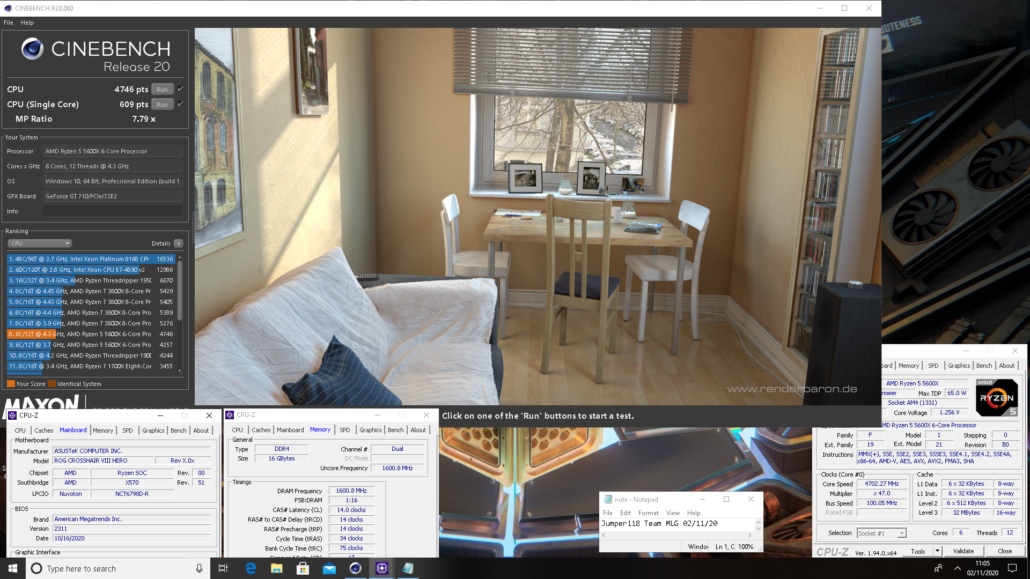 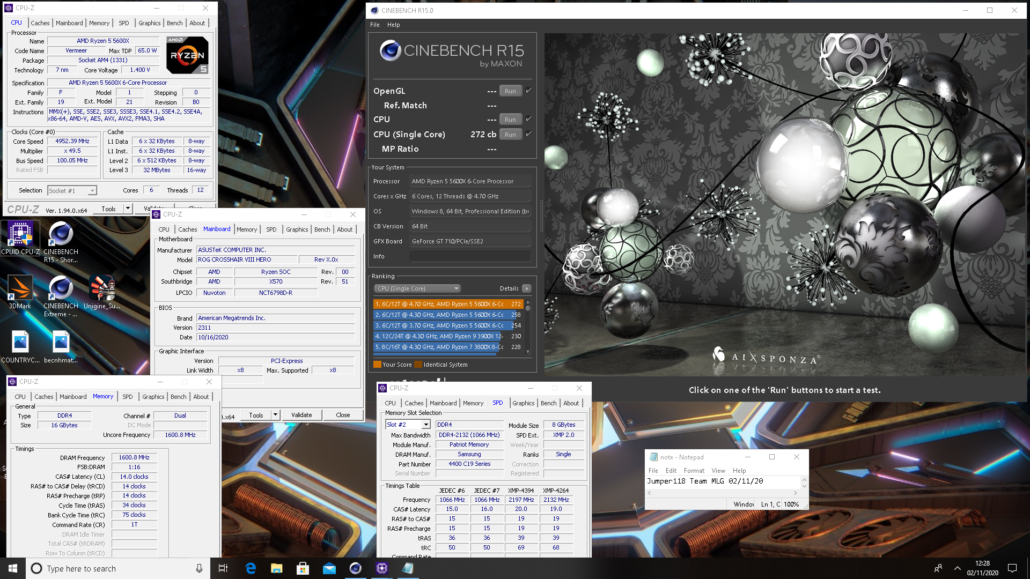 In addition to that, AMD's Ryzen 5 5600X has already been overclocked to 6.12 GHz on LN2 cooling by renowned overclocker, Lucky_Noob. The validation was submitted and caught by TUM_APISAK but has been removed now.

The AMD Ryzen 5 5600X has already come out faster than Intel's entire 10th Generation lineup in Passmark's Single-Thread CPU test. This is just stunning performance for a $299 US chip with just 6 cores and 12 threads and we can't wait to see the chip in action in final reviews that come just four days from now.

The AMD Ryzen 5 5600X along with the rest of the three Zen 3 Desktop CPUs are planned for launch on the 5th of November which is 2 weeks from now. The CPUs will initially be compatible with the 500 series (X570 / B550) motherboards while there's planned support for 400-series motherboards too by January 2021.