Both chips that were tested are going to bring a brand new core architecture to the notebook CPU space. AMD's Cezanne-H lineup would be featuring the brand new Zen 3 cores while Intel's Tiger Lake-H family will be featuring the Willow Cove cores. This will be the first high-performance outing of each respective core on the notebook segment. We have seen benchmarks of the top of the line CPUs but let's see what the mainstream segment has to offer. The benchmarks were spotted by TUM_APISAK.

For graphics, AMD will be relying on its trusty Vega GPU for now with higher clocks than the Ryzen 5 4600H but the same CU count of 6, offering 384 stream processors. The TDP will be set at 35W and will be configurable up to 45W.

Intel's graphics side will be featuring a major update in the form of a Xe GPU core but the actual Execution units would be lower than the Tiger Lake-U series since the chip is aimed at the high-performance segment and notebooks featuring it will primarily be relying on a discrete GPU solution. As for TDP, the chip will come with a 35W TDP which will also be configurable up to 45W.

The Intel Core i7-11370H was also tested and that chip is a 4 core and 8 thread chip with a much higher base and boost clock rated at 3.3 GHz and 4.8 GHz, respectively. Rest of the specifications are expected to be identical to the Core i5-11300H. 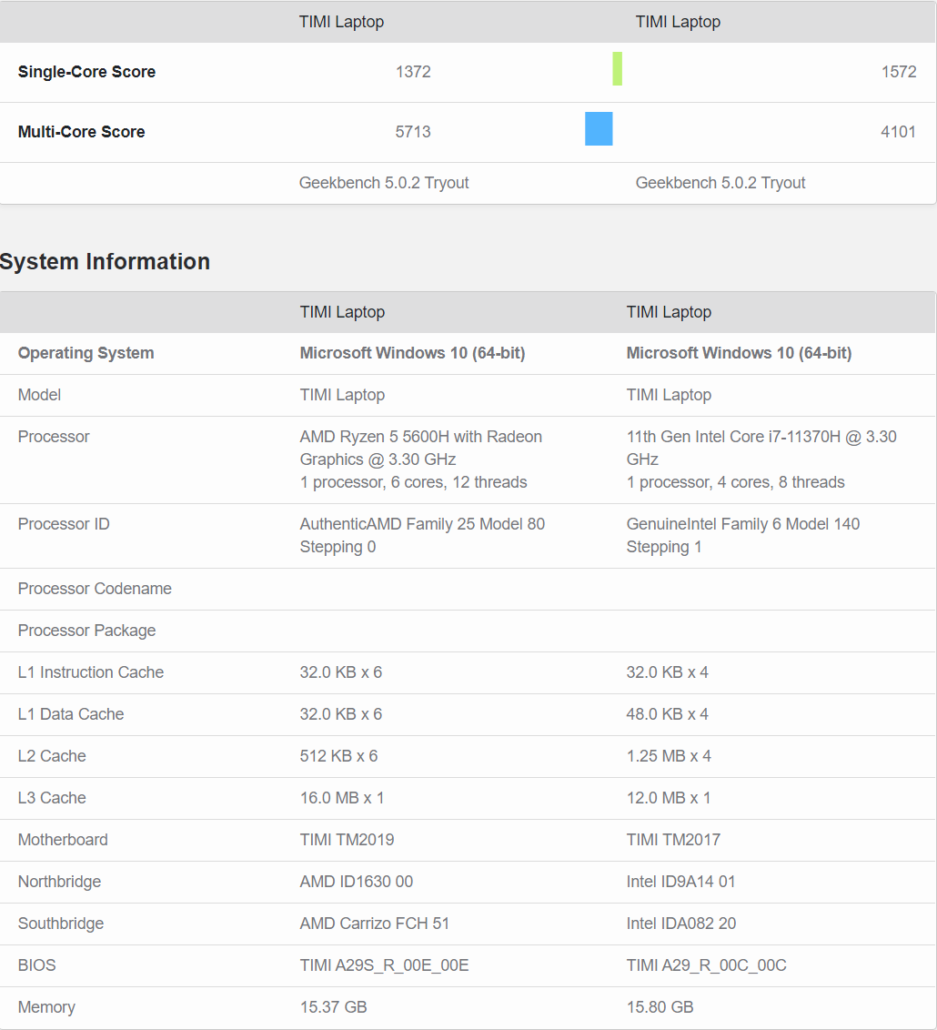 This is due to the impressive SMT capabilities of the Zen 3 core and also the fact that it features more cores and threads than the Tiger Lake-H part. It is likely that the Core i5-11600H with 6 cores and 12 threads will be able to reduce this lead but a 42% jump over Tiger Lake-H is just too big, to begin with so it will be impressive on Intel's part if they are even able to match it.