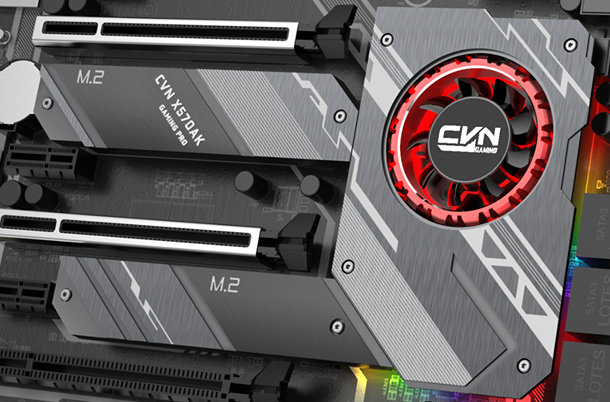 AMD's X570 motherboards have started leaking out and we have a new exclusive AMD Ryzen 3000 series motherboard for you to see. This time, we are looking at the Colorful CVN X570 Gaming Pro, a high-end gamer-centric product which makes use of an interesting design.

The latest motherboard that we have to talk about today is the AMD X570 chipset powered CVN Gaming Pro. This motherboard comes with a very gamer focused design which is made obvious through the several RGB accents and the whole white and grey stripes design that covers the PCB and the heatsinks. There are also some fancy RGB LEDs used underneath the PCH heatsink and to the left of the DDR4 DIMM slots which look eye-catching.

When it comes to details, we have the full specs sheet too which confirm that the motherboard is powered by a 10 phase CPU and 2 phase Memory VRMs. Power to the AM4 socket is provided by a single 8-pin connector. The AM4 socket as you would expect would feature support for AMD Ryzen 3000 series CPUs and previously released 1st and 2nd Gen Ryzen CPUs too. There are two massive aluminum heatsinks that cover the VRMs with the main heatsink extending as an I/O cover. The I/O cover has the CVN Gaming label & has a brushed aluminum finish which looks great. 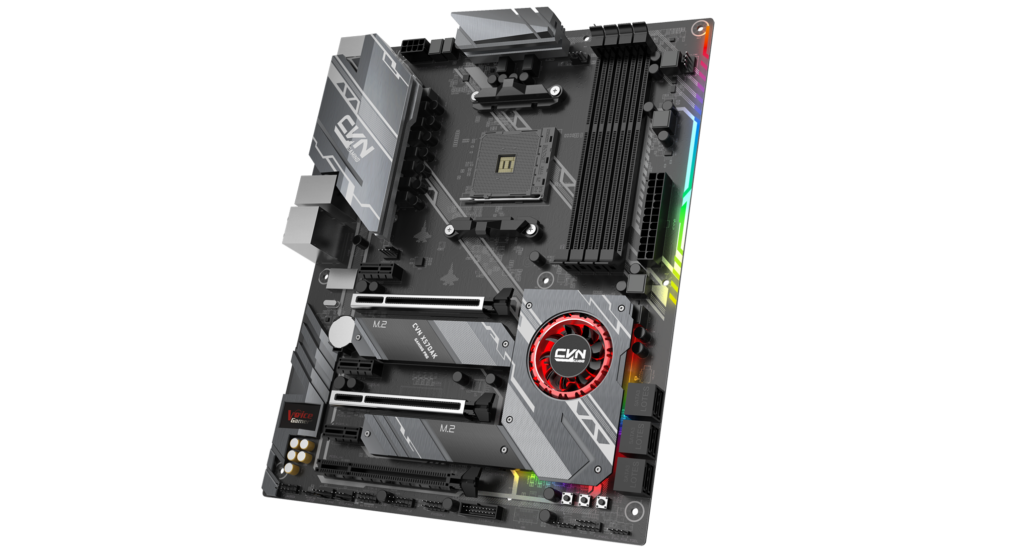 Moving to the other side of the socket, we can spot four DDR4 DIMM slots that support up to 64 GB of memory capacity with speeds of up to 3466 MHz OC+. The motherboard aims to be a more mainstream tuned design so we can expect the higher-end motherboards from Colorful support even higher speed memory DIMMs. Storage options include six SATA III ports.

When it comes to expansion slots, the motherboard will feature three PCI-e Gen 4 x16 slots with two being shielded by metallic bracing (x16+x4 or x8+x8 electrical). There are also three PCIe Gen 4.0 x1 slots and two M.2 slots on the motherboard which are covered by their own metallic heat sinks with heat pads. The most interesting feature of this motherboard is the use of an active fan cooler over the PCH heatsink which is colored red. This would be configurable using the bundled software so it's up to the user if he wants to have the fan spinning for extra cooling performance at the cost of higher noise output or vice versa.