AMD Vega 20 GPUs for high-performance computing and server environments would be utilizing the latest XGMI GPU-To-GPU interconnect as revealed in the latest Linux patched (via Phoronix). It has been rumored since 2016 that the Vega 20 series of graphics cards will utilize a new interconnect to compete against NVIDIA's NVLINK solution which was available on their Tesla HPC lineup and has now been expanded to their consumer aimed Quadro and GeForce graphics cards too since the announcement of the Turing GPU.

First of all, there's endless speculation about the AMD Radeon Vega 20 GPU. AMD made it very clear during the announcement of the Radeon Instinct Vega 7nm that it is optimized for server, workstation and compute markets. AMD also mentioned a new high-speed interconnect, H/W based virtualization and new deep learning operations to be added to their enhanced Vega 20 graphics core.

The latest AMDGPU Linux drivers include XGMI (inter-chip global memory interconnect) patches and are said to be under queue for introduction in the Linux 4.20~5.0 Kernel which would be part of the Vega 20 enabling stack. There's no telling how fast XGMI would be in comparison to NVIDIA's NVLINK solution which will be competing with it in the HPC market. Currently, NVIDIA's Tesla V100 lineup offers up to 300 GB/s interconnect speeds, while that has further been extended to Quadro and GeForce cards, ranging from speeds of 200 GB/s (Quadro GV100), 100 GB/s (Quadro RTX 8000 and RTX 6000), and 50 GB/s (Quadro RTX 5000).

This aligns with some of the leaked roadmap and slides we have seen in the past which revealed PCIe 4.0 xGMI (inter-chip global memory interconnect). The leak also mentioned that PCIe 4.0 link would be available with Vega 20 graphics cards that arrive in late 2018.

Based on the 7nm process node, the new Vega 20 GPUs will offer 2x the density since AMD is packing more stuff in a smaller die than Vega 10, it will also be twice as efficient due to architectural and process maturation, and finally, AMD has planned out several products based on 7nm in the pipeline.

PCIe 4.0 and PCIe 5.0 Are Fast But Also Very Expensive To Design For – Still Long Way From Consumer Adoption

So, most of us will be excited that PCIe 4.0 will be arriving in the consumer space too, since it is going to be available on 7nm Vega GPUs. The reality is far from it, the industry is aware of the costs it takes to design a platform specific for PCIe 4.0 and beyond, and to be clear, it’s really expensive and not something we would be looking at in the consumer space for some time.

A report by EETimes mentions that the cost associated with a PCIe 4.0 specific platform would only make sense for an HPC environment and there will be many changes. The only thing that has so far accelerated the PCIe roadmap is cloud computing, deep learning machines, and data centers which require faster speeds and data transfer rates.

But as the transfer speed increases, the signal decays and devices/components need to be crammed together to maintain higher signal integrity and hence availability. It is stated that with PCIe Gen 1.0, the signal retained strength up to 20 inches in mainstream FR4 boards. With PCIe 4.0, the signal would decay after only 3-5 inches, hence requiring the need of extender cables and signal amplifying chips. 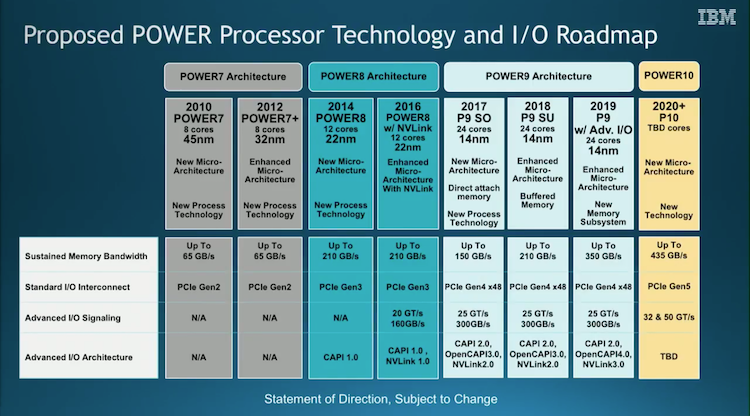 It will be interesting to see how much performance and interconnect speeds XGMI has to offer since next year, NVIDIA will be releasing their third iteration of the NVLINK I/O architecture for IBM Power9 based platforms. The new NVLINK 3.0 interface would be delivering higher speeds than what's currently available (300 GB/s) and will be aimed at the server/HPC Compute market too before moving completely to PCIe Gen 5 and Next-Gen NVLINK in 2020.