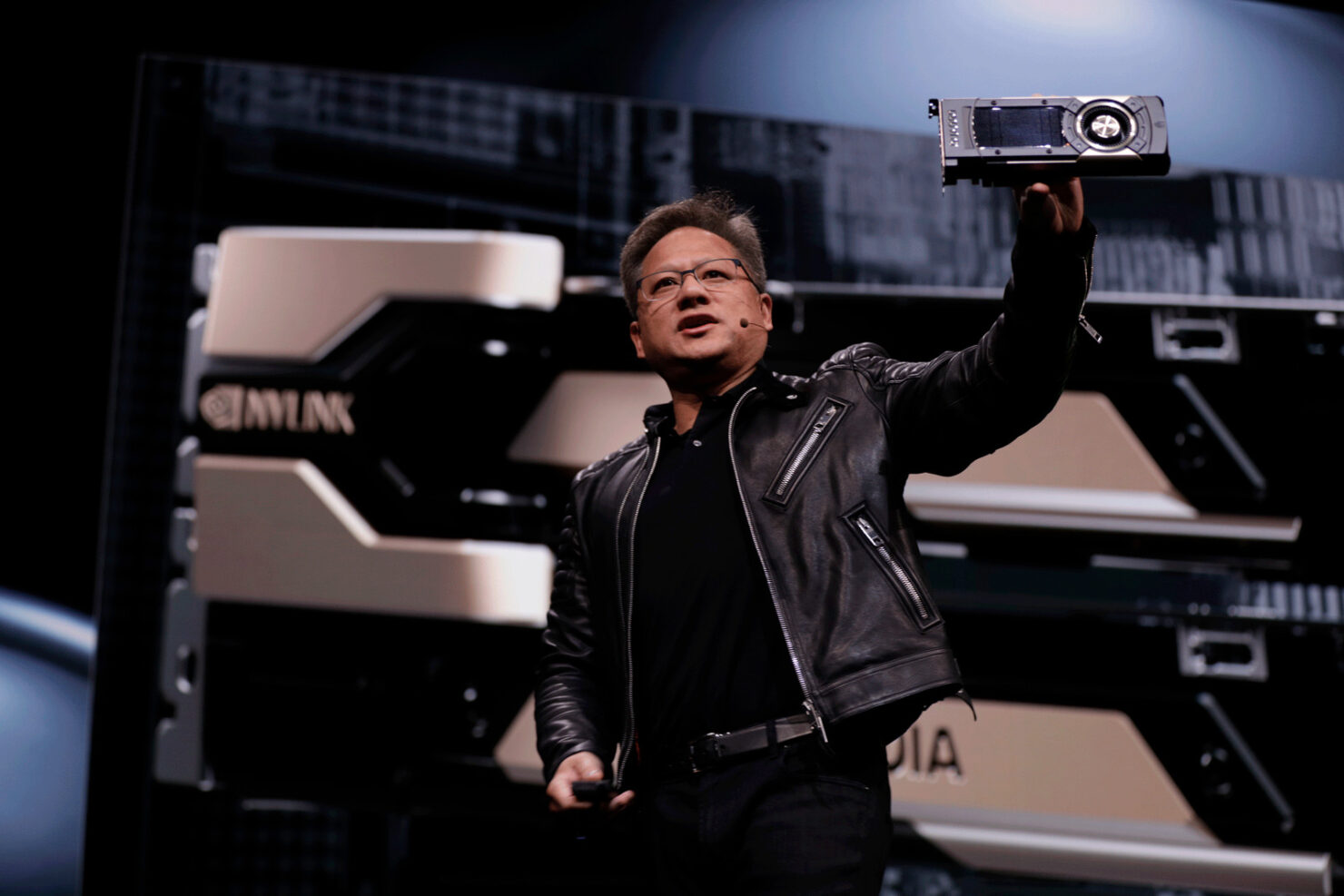 NVIDIA has just announced their latest Quadro product, the Quadro GV100. The new product is based on the NVIDIA Volta GPU architecture and features the biggest HBM2 frame buffer ever used on a consumer aimed graphics card, that's right, we are looking at a massive 32 GB HBM2 memory design. With such massive specifications, you are expected to pay a massive price too and we are talking about $9000 US which is 3 times as much money as the Titan V.

The NVIDIA Quadro GV100 GPU is designed for workstation and professional users and will be using the Volta GV100 GPU that was announced and launched last year. The Quadro GV100 is special in its own right as you can grab two of these beasts for more than 10,000 CUDA cores and up to 64 GB of HBM2 VRAM (32 GB HBM2 per GPU) through NVLINK 2.0 which is entirely stackable and usable by pro users and support for NVIDIA's RTX 'Ray Tracing' technology. 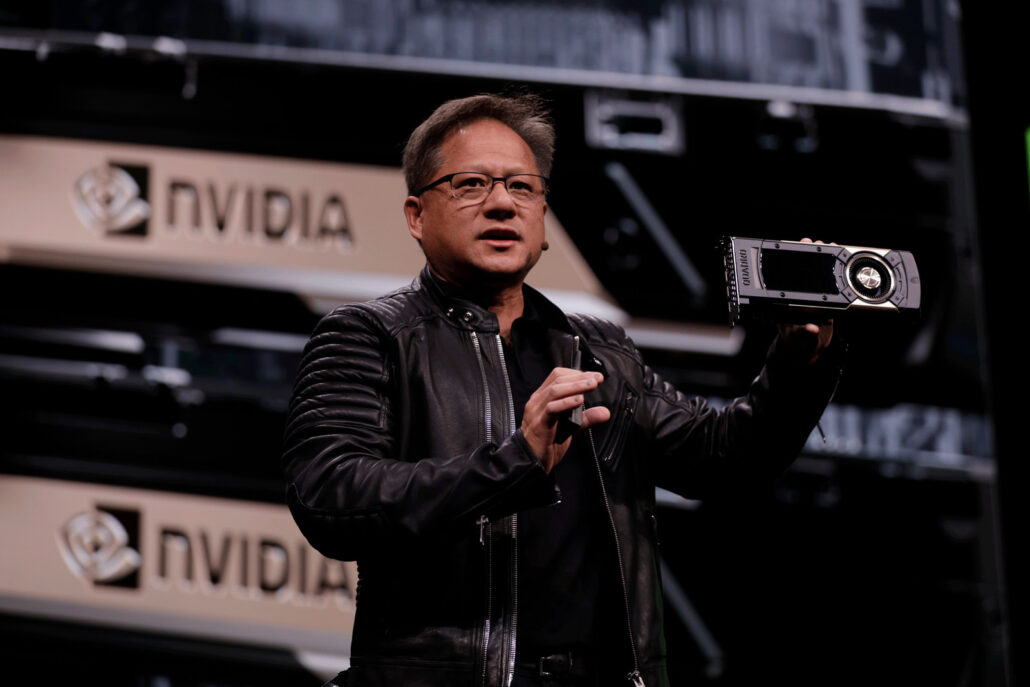 “NVIDIA has reinvented the workstation by taking ray-tracing technology optimized for our Volta architecture, and marrying it with the highest-performance hardware ever put in a workstation,” said Bob Pette, vice president of Professional Visualization at NVIDIA. “Artists and designers can simulate and interact with their creations in ways never before possible, which will fundamentally change workflows across many industries.”

The Quadro GV100 GPU, with 32GB of memory, scalable to 64GB with multiple Quadro GPUs using NVIDIA NVLink™ interconnect technology, is the highest-performance platform available for these applications. Based on NVIDIA’s Volta GPU architecture, the GV100 packs 7.4 teraflops of double-precision, 14.8 teraflops of single-precision and 118.5 teraflops of deep learning performance. And the NVIDIA OptiX™ AI-denoiser built into NVIDIA RTX delivers almost 100x the performance of CPUs for real-time, noise-free rendering. via NVIDIA

The benefits of Quadro GV100 with NVIDIA RTX technology include:

The NVIDIA Quadro GV100 GPU features the behemoth GV100 GPU which is composed of six GPC (Graphics Processing Clusters). It has a total of 84 Volta streaming multiprocessor units, 42 TPCs (each including two SMs). On the Quadro V100, 80 of these Volta streaming multiprocessor units which is still insane when we calculate the raw processing power of this beast. 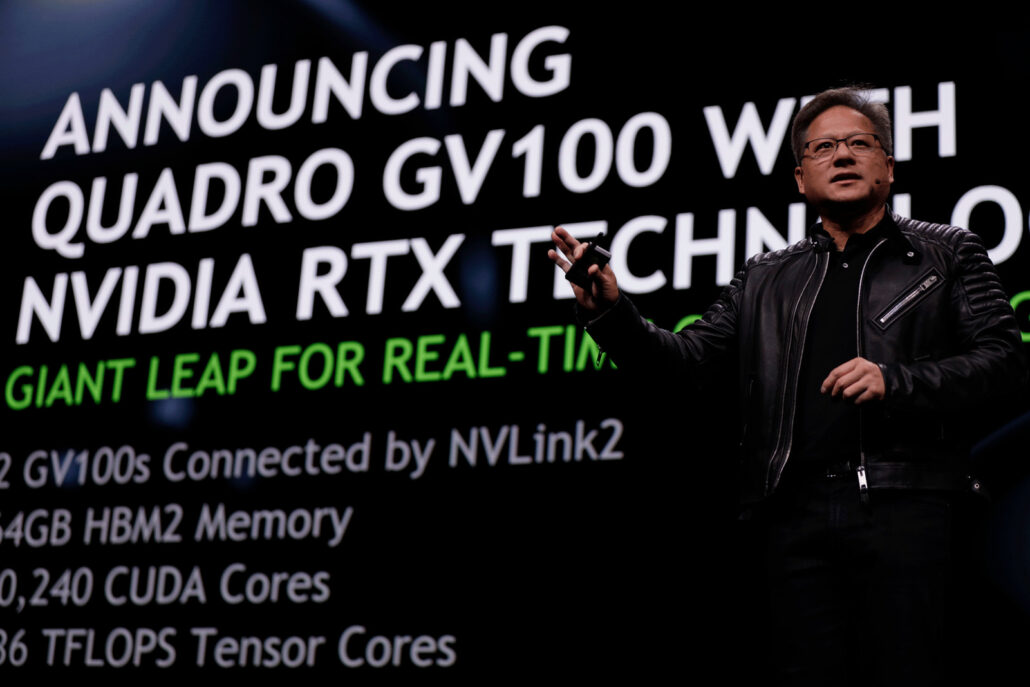 The 80 SMs come with 64 CUDA cores per SM so we are looking at a total of 5120 CUDA cores on the Quadro V100 die. All of the 5120 CUDA Cores can be used for FP32 and INT32 programming instructions while there are also a total of 2560 FP64 (double precision) cores. Aside from these, we are looking at 640 tensor processors, 320 texture units. The card features higher clock speeds that result in higher compute performance than the Tesla parts with 7.4 TFLOPs of double precision, 14.8 TFLOPs of single precision, 29.6 TFLOPs of half-precision (FP16) and 118.5 TFLOPs of Deep Learning TOPs which is a good increase over the 112 DLOPs on the Tesla V100.

The memory architecture is updated with eight 512-bit memory controllers. This rounds up to a total of 4096-bit bus interface that supports up to 32 GB of HBM2 VRAM which makes it the largest HBM based frame buffer ever provided on a consumer and professional focused graphics card. The bandwidth is boosted with a speed of 850 MHz, which delivers increased transfer rates of 870  GB/s compared to 720 GB/s on Pascal GP100. Each memory controller is attached to 768 KB of L2 cache which totals 6 MB of L2 cache for the entire chip.

The graphics card comes within a golden and black chassis with the NVIDIA reference NVTTM cooler design. The card is rated at a 250W TDP and we can expect it to pack an 8 and 6 pin power connector configuration. Display outputs include four DP 1.4 connections beneath the large vent for exhaust.