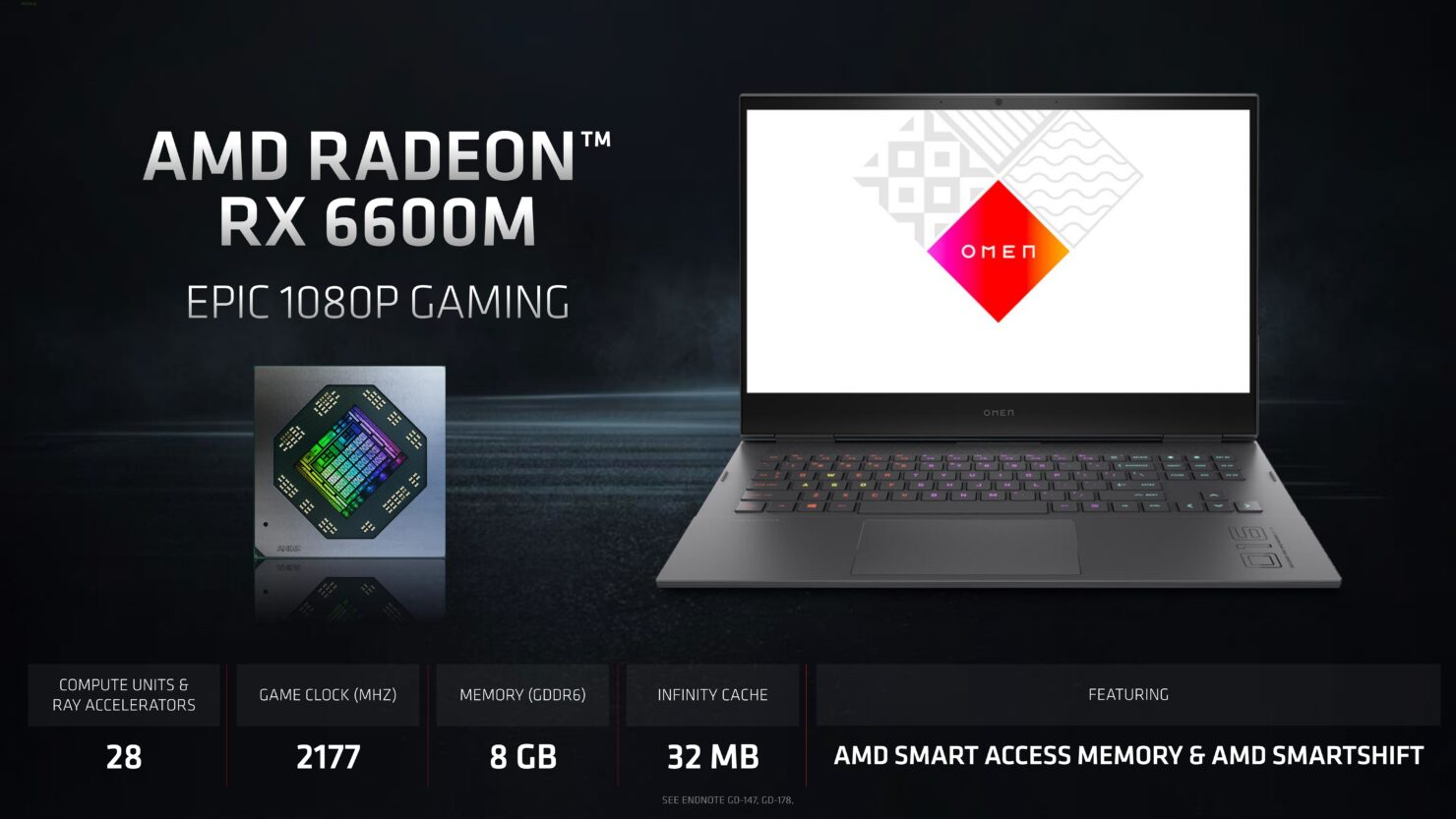 The first unofficial benchmarks of the AMD Radeon RX 6600M RDNA 2 GPU based on the Navi 23 SKU have landed. The benchmarks were posted over at Zhuanlan (via HXL) and show how well the latest RDNA 2 GPU competes against mainstream laptop offerings from NVIDIA.

The AMD Radeon RX 6600M is the first graphics chip to make use of the Navi 23 GPU SKU. The chip has yet to make an entrance on the desktop front so this is the first time we are actually looking at its real benchmarks. The chip was tested on an AMD Ryzen 7 5800H laptop which featured 16 GB of DDR4-3200 (Single Rank x8) memory. The same test platform was also used to test the competition which included the NVIDIA RTX 3060 and the RTX 3050 Ti. Before we get into the benchmarks, let's quickly recap the specifications for the Radeon RX 6600M.

There's no difference in performance between the two laptop GPUs in synthetic benchmarks but as soon as we shift to gaming at 1080p, the RTX 3060 takes an 8% average performance lead. The ray-tracing performance is even higher with the RTX 3060 being up to 36% faster than the Radeon RX 6600M. AMD's Advantage laptop also comes with SmartShift technology which can deliver a 3-4% performance boost. As for content creation performance, NVIDIA's RTX GPUs take a huge lead due to impressive driver support and optimizations for content creator applications.

Now not all is bad, the Radeon RX 6600M delivers a 20-30% performance boost over the GeForce RTX 3050 Ti so if AMD can manage to price the mainstream Navi 23 chip accordingly, then it could serve in a really well position between the RTX 3050 Ti and the RTX 3060. The main issue for the RX 6600M is reported to be its 128-bit bus interface. The tester states that it would have been a better choice if AMD had gone with a 4 GB GDDR6 memory capacity which would have further toned the price and power down. The HP Omen 16 is one of the many premium options featuring the chip that will be available soon and is currently listed for a price of around $1500 US.