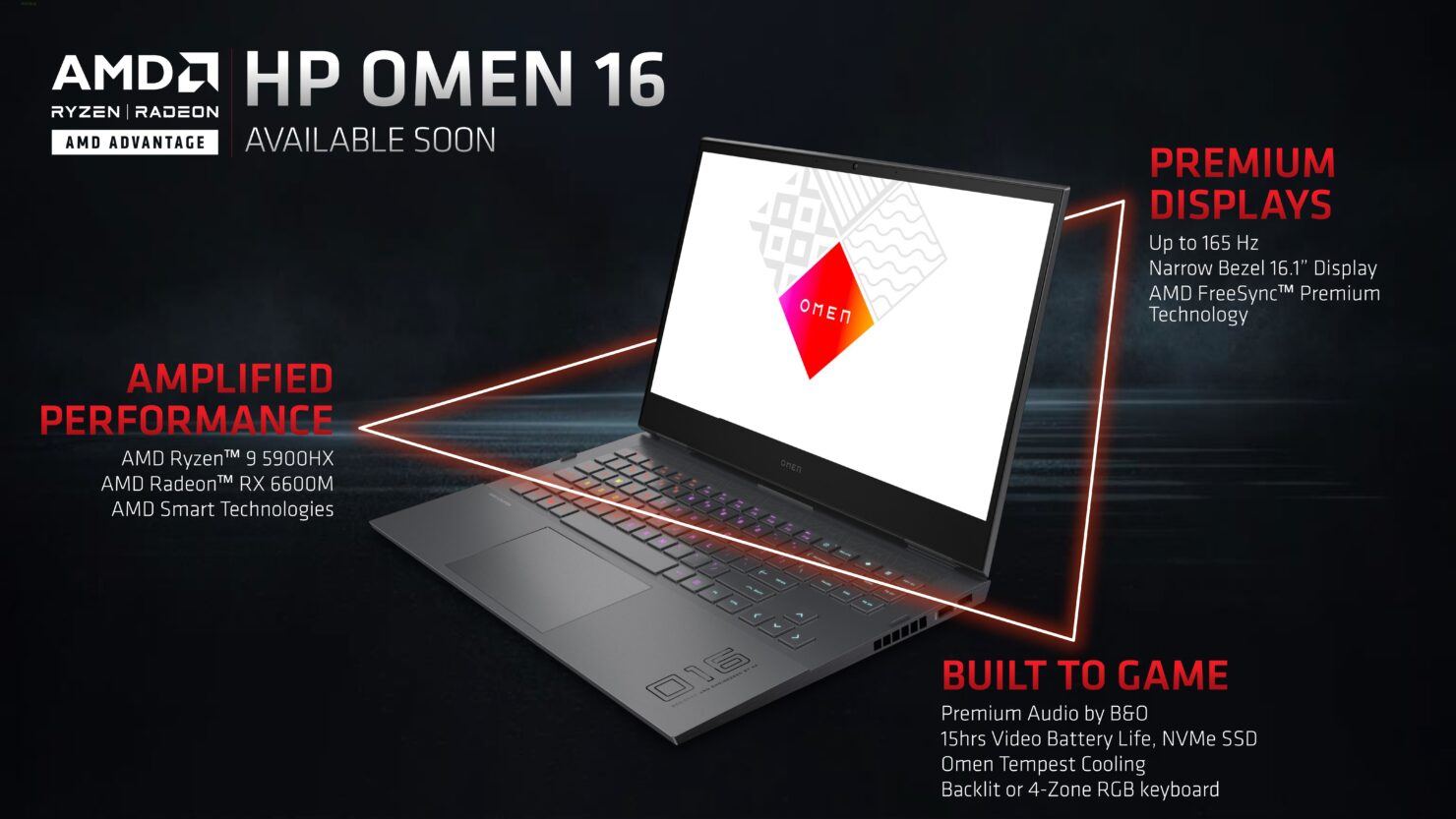 AMD's Radeon RX 6600M RDNA 2 GPU has been spotted in a listing for the HP Omen 16 laptop. The laptop is another AMD Advantage product that features both Ryzen CPU and Radeon GPU, offering a premium gaming experience on the go.

In a previous post, we reported how the ASUS ROG STRIX G15 (AMD Advantage) laptop has become the best-selling gaming laptop over at Best Buy. The AMD Advantage design spec is now coming to even more affordable laptops such as the HP Omen 16 which is powered by Radeon & Ryzen tech.

The AMD Advantage design offers great gaming performance, premium display technology, and better workload experiences than standard laptops. Technologies such as Smartshift and Smart Access are a key part of these laptops and you will also find specs that include fast NVMe drives and increased battery timings. The bare minimum of an Advantage laptop is to offer 100+ FPS at 1080p on a 144Hz+ refresh rate panel.

Performance data shows the AMD Radeon RX 6600M outperforming the NVIDIA RTX 3060 6 GB mobility chip in several current-generation titles. AMD has also announced three brand new RX 6000M powered laptops with up to Ryzen 9 5900HX CPUs which will be arriving in early June. Laptops such as the ASUS ROG STRIX G15 and the HP OMEN 16 are sure to take things to the extreme by delivering an all-AMD design and superior performance compared to Intel and NVIDIA offerings.