AMD Radeon RX 6600 XT Could Be The Next Mining King, Insane Cryptocurrency Performance of 32 MH/s at Just 55W Reported 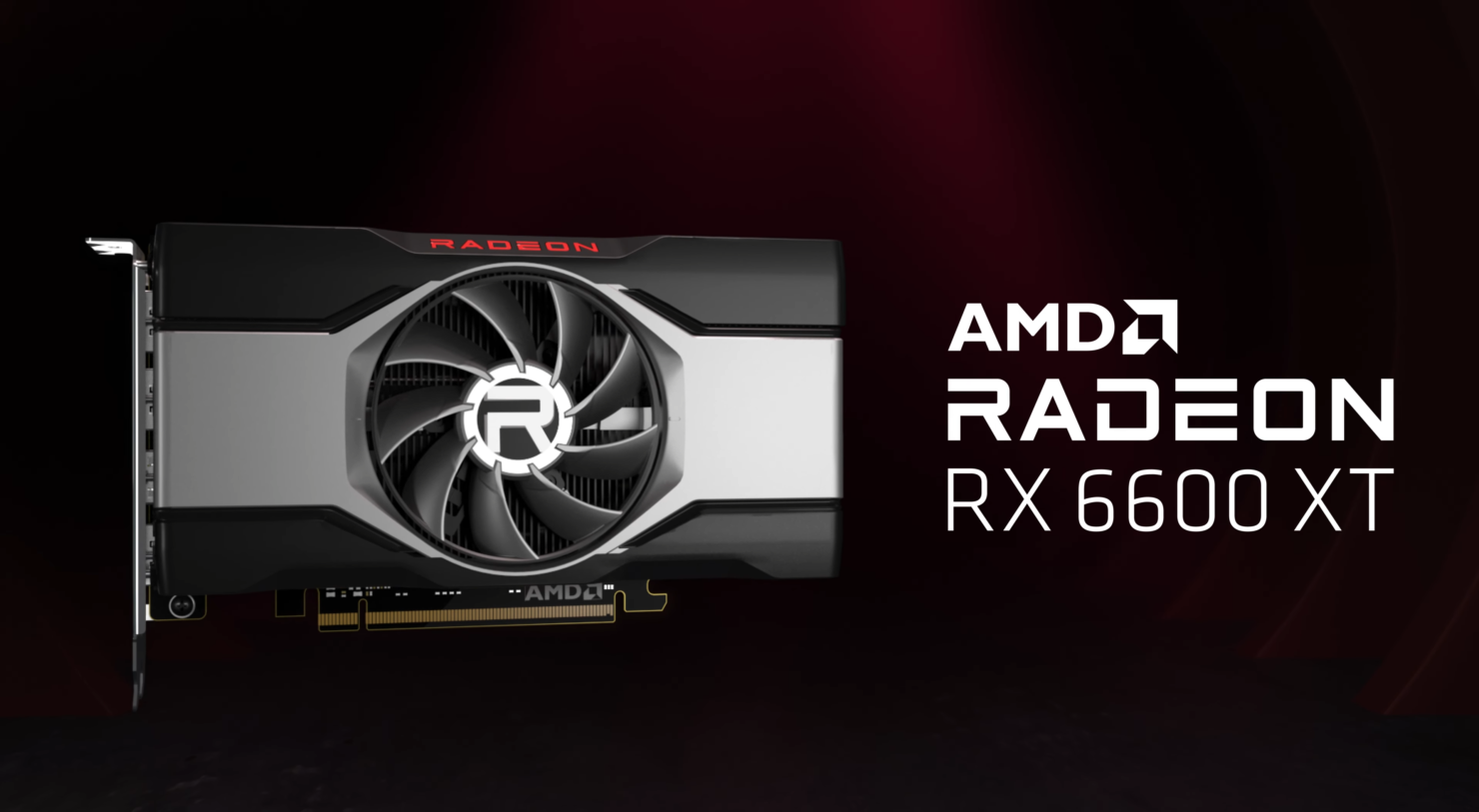 Many gamers didn't a chance to get their hands on the AMD Radeon RX 6600 XT graphics card at launch as it was immediately sold out at major retailers within minutes and the MSRP was never maintained for more than 10 minutes. Now, to make matters worse, it has been discovered that the graphics card may potentially become an attractive solution for cryptocurrency mining based on numbers reported over at Reddit.

It looks like AMD's Radeon RX 6600 XT offers a measly 32 MH/s in Daggerhashimotto but at just 55 Watts. The wattage is the most impressive figure here as the previous GPU that was able to deliver such mining performance at a low wattage was an ultra-tweaked GeForce GTX 1660 Ti that delivers around 28 MH/s at 80W. In terms of mining performance per watt, this puts the Radeon RX 6600 XT miles ahead of any graphics card that has come before and ruled in the mining segment. 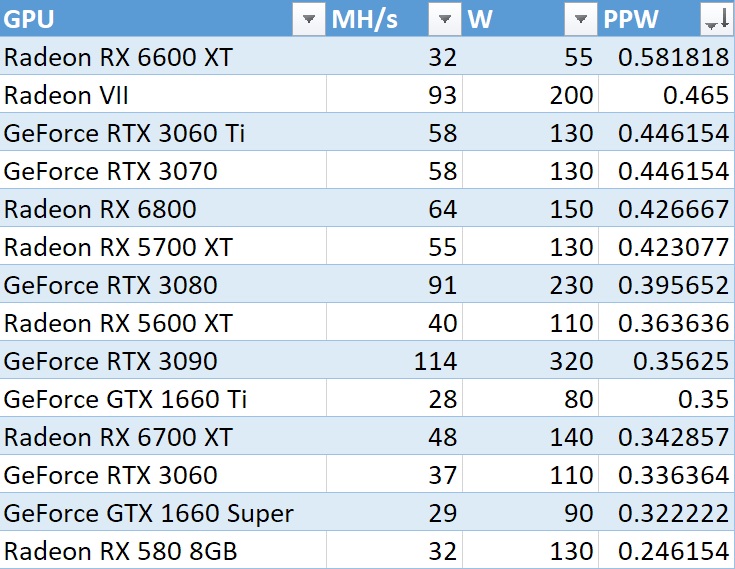 The AMD Radeon VII was the previous king but that graphics card was priced over $700 US and had a PPW (Performance Per Watt) rating of 0.465. The Radeon RX 6600 XT has a performance rating of 0.581 and that's with pricing starting at $379 US. But the cost savings you get based on the 55W are much higher than what you are paying for the card which means that several crypto miners already would have an eye on the card.

Update: In the video above, you can see the mining performance locking in at 33 MH/s with a memory overclock of 2002 MHz or an effective 17.6 Gbps. While software reports the card at 55Watts, the power from the wall is reported at 70W which still makes it more efficient than NVIDIA's GeForce RTX 3060 Ti at mining.

One reason behind the impressive performance per watt within mining could be attributed to the 128-bit bus interface that is featured on the AMD Radeon RX 6600 XT graphics card. All other cards in this list are at least 192-bit solutions so with some voltage tweaks & a lower amount of memory chips to power, this essentially makes the card one hell of a unit for cryptocurrency mining but for gamers, this is bad news as it means that this card would potentially be scalped twice as much now and will land in the hands of miners than being inside their gaming setups.