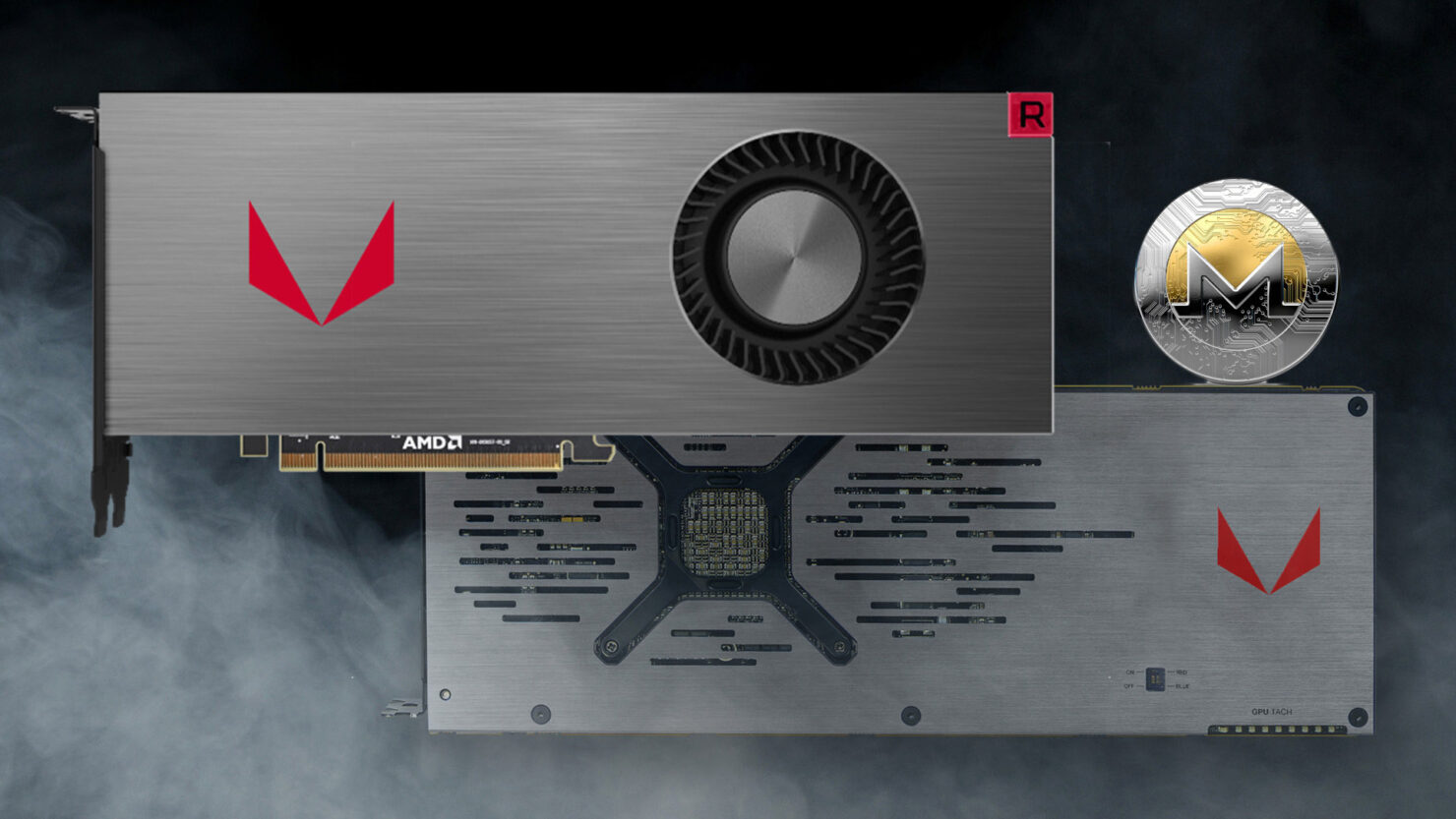 Cryptocurrency mining is quickly becoming a major data point when gauging GPU sales; and the launch of the TITAN V was no different. Mining is taking the GPU industry by frenzy and absolute hashing performance is one of the major factors which influence buying decisions of these miners. Even if you are not a miner and are somebody who simply wants to partially or wholly make the GPU pay for itself, you would want to know what your purchase is capable of. Today, we have a very interesting test for our readers: the newly launched TITAN V against AMD's trusty RX Vega 64.

I would like to begin by noting that neither AMD nor NVIDIA officially market their products as mining hardware but people are going to make comparisons anyways, since that's what a good portion of them will eventually end up doing. You have already heard of the TITAN V's stellar mining performance in Etherium, going over 77 MH/s, but we wanted to even the playing field a bit by giving AMD's offering a chance to perform at its best - and that is where the CryptoNight based XMR Monero comes in.

Let's begin with the system configuration:

Without any further ado, here is what the testing yielded:

Here is a screenshot taken by our US Editor Keith May with the settings you can use to replicate our results, with Vega 64 mining at over 2055 H/s: 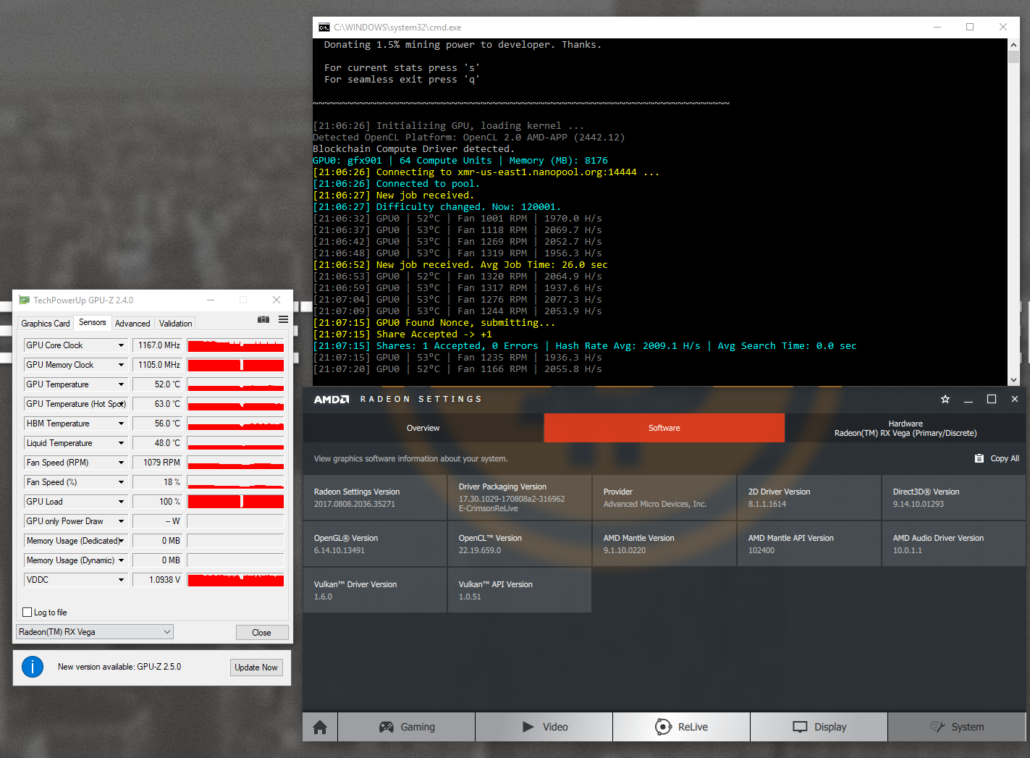 So it would appear that the Vega 64 still has a few tricks up its figurative sleeve, armed with the Blockchain driver, not only is it able to beat the TITAN V in terms of profitability per day, but if electricity costs are not a concern (or if less of a concern) to you then it absolutely blows away the competition in terms of raw performance as well. We took the liberty of calculating some basic profitability metrics and comparing them against the TITAN V as well as an RX Vega triple combo (that is still cheaper than the TITAN):

Here are the expected time to break-even on your investment assuming an almost constant difficulty (which is a very optimistic, best case scenario, by the way):

Long story short, it would appear that RX Vega's blockchain driver can work wonders for the profitability of the card (vanilla numbers are 1155 H/s in XMR Monero  by the way if anyone's interested), especially if you are mining a CryptoNight based coin. XMR Monero is the most popular cryptocurrency based on this algorithm but here is a complete list of 14 coins you can use the Vega 64's massive CN advantage in anyways: 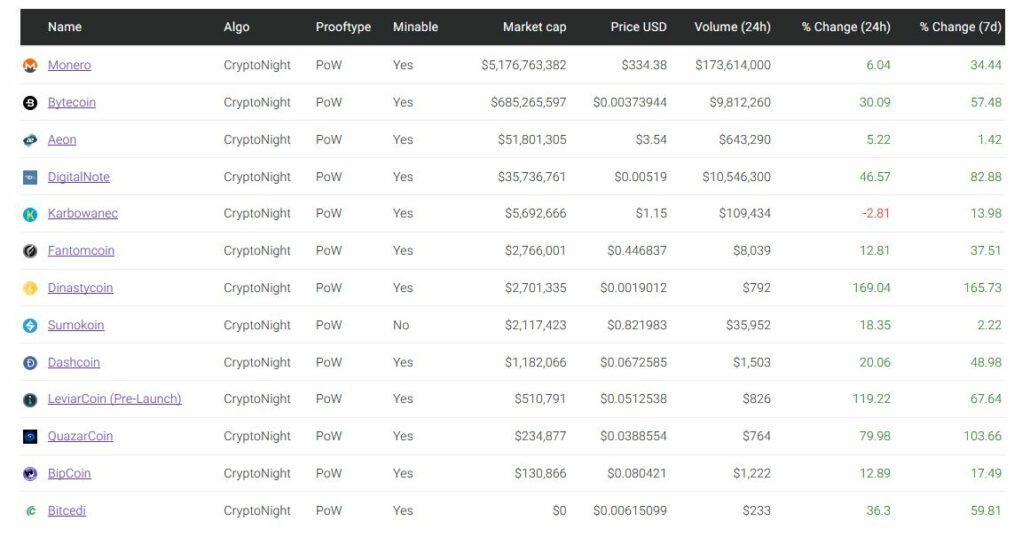