AMD, today officially launches their flagship dual-chip Radeon R9 295X2 graphics card powered by two beastly Hawaii cores. The Radeon R9 295X2 is also the first reference card from a GPU manufacturer to adopt a hybrid cooler as a reference design which adds to the aesthetics and cooling of the card. 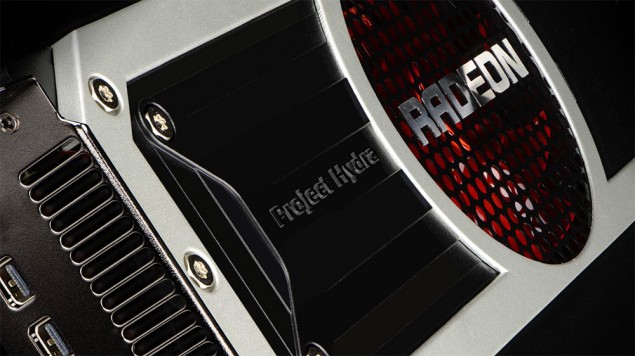 The naming of the card is enough to suggest the amount of power and performance the card holds. Featuring a tremendous dual Hawaii chip configuration, the Radeon R9 295X2 is a feat of engineering from the AMD team. The AMD Radeon R9 295X2 ‘Vesuvius’ features the Hawaii XT cores with GCN 1.1 architecture. With two Hawaii XT GPUs on the same board, the specifications equate to 2816 x 2 stream processors, 176 x 2 texture mapping units, 64 x 2 Raster Operators and 4 GB of GDDR5 memory on each chip which equates to a total of 8 GB GDDR5 memory. Double these and you get an impressive 5632 stream processors, 352 TMUs and 128 ROPs for an unprecedented amount of gaming and compute performance.

Clock speeds are maintained at 1018 MHz for the core which is impressive considering AMD managed to clock their chip 18 MHz faster than the stock variant without worrying about the heat. This shows that the new cooling design has things kept well under control. The 8 GB GDDR5 memory runs across a 512-Bit X 2 memory bus that is clocked at 1250 MHz effective clock speed (5.00 GHz effective clock speed). This pumps out a total of 640 GB/s memory bandwidth.

Power is pumped through dual 8-Pin connectors which represent a 300W limit while the PCI-E connector adds an addition 75W power so we are looking at a total of 375W TDP however the card is rated at 500W officially for the Radeon R9 295X2 graphics card . Each Hawaii core has a 5+1 Phase VRM which was the standard design and as noted features the  CPL-made chokes and DirectFET International Rectifiers.

Both of the Hawaii chips are linked together via the PLX PEX8747 chip while the XDMA technology will improve the scaling efficiency. Display output include four Display Port 1.2 and a single DVI slot which will easily drive 4K Eyefinity resolutions and beyond. This will help drive games at 4K Eyefinity resolutions for better and immersive experiences across a range of AAA gaming titles.

To cool their Hawaii chips and a huge PCB with several VRMs, AMD adopted a neat new Hybrid cooling design they refer to as Project Hydra. AMD went with a 120mm radiator that can be equipped with two fans and assembled inside the PC chassis which leads two 38cm coolant pipes straight to each Hawaii core. The pump and radiator are made by OEM ASETEK who are the leaders in liquid cooling products for graphics and processor technologies.

The cooler shroud is a neat new look from AMD that has a silver and black color theme and metal finish. Both the metal construction of the shroud and backplate helps keep the card stable under load avoiding any bends on the PCB and adds to the aesthetics of the card itself. The 92mm fan in the center is colored red and can be seen from the mesh circular opening which is a neat sight plus the fan and Radeon logo on the shroud illuminates Red color when the card is operational.

From performance slides, both official and leaked, AMD has a great card on their hands. The Radeon R9 295X2 is shown to have 16,000 3DMarks which is almost double to what the Radeon R9 290X tough we have to take AMD’s words with some pinch of salt since companies do tend to put the best case scenarios in their charts.The Radeon R9 295X2 is AMD's next generation dual-chip solution which is aimed to compete against the recently announced NVIDIA GeForce GTX Titan Z. Pricing of the card is suggested around $1499 US. Specifications of both cards and a few more can be found in the table below:

Another interesting thing to note is the mining performance of the new Radeon R9 295X2 graphics card. Mining may not be as active as it initially was a few months ago, but there are still alot of people who might want to get this card solely for mining more coins. Following are the numbers which can be gained with the 11.461 TFLOPS beast that is the Radeon R9 295X2:

Many people would be surprised that retail outlets haven't yet listed the Radeon R9 295X2 even when the card has officially launched. AMD plans to make the card available in retail on 21st April 2014 for the suggested price of $1499.99 US. The AMD Radeon R9 295X2 will be available on leading retail stores around the globe, graphics makers will ship the card in the metallic and cardboard packaging, price won't be affected depending on the box package. 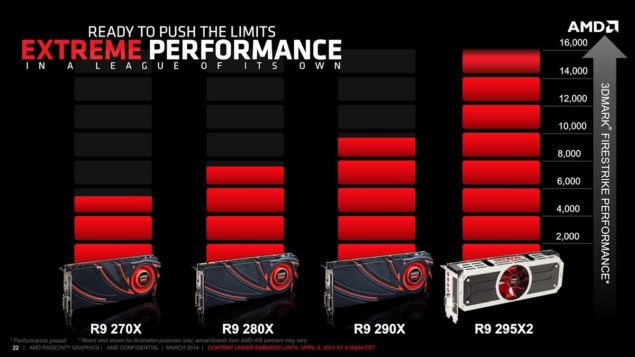 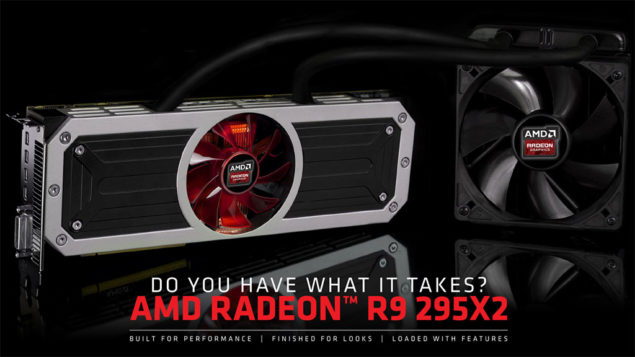 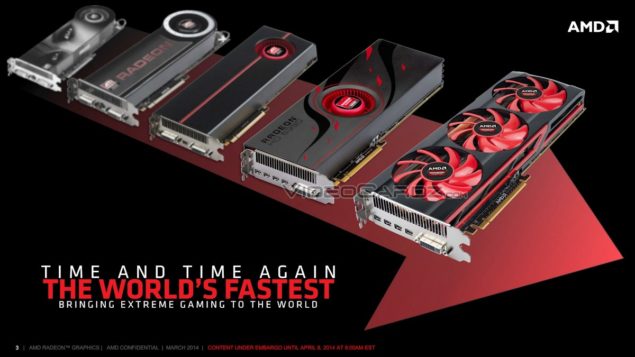 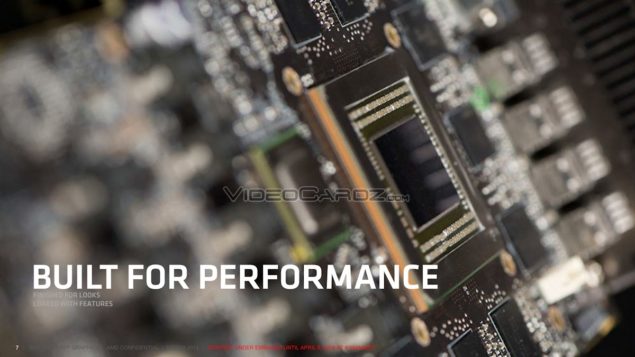 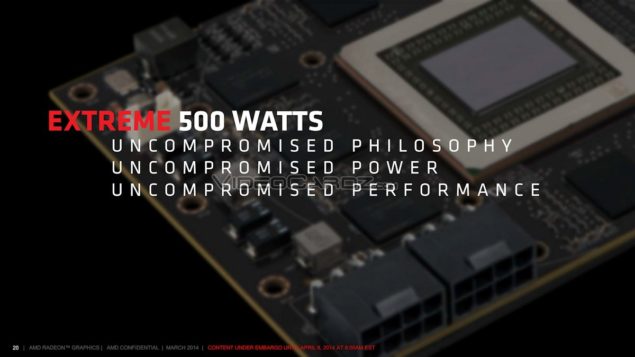 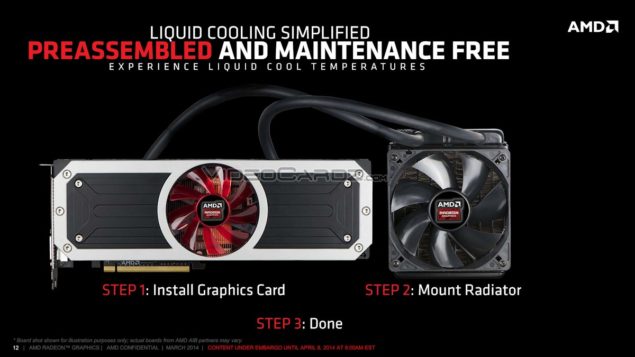 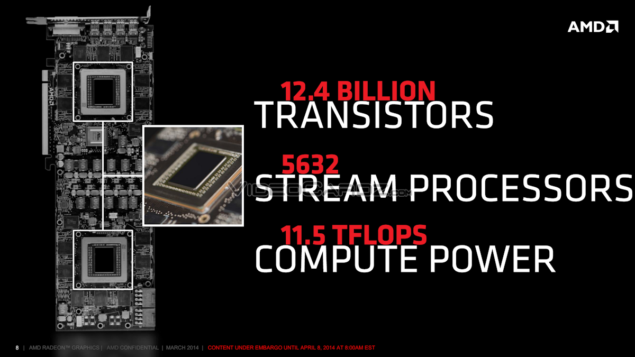 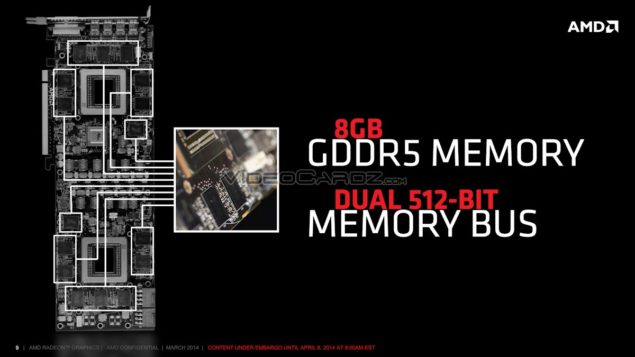