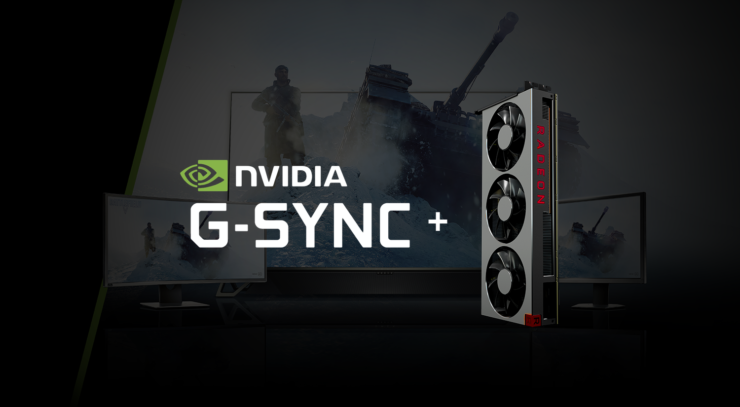 In a rather significant change for AMD graphics card owners, NVIDIA has confirmed to TFTCentral that future G-SYNC displays will be able to run on the competitor's GPUs as well.

Over the course of 2019, NVIDIA has considerably changed its approach to G-SYNC. Firstly, they announced the G-SYNC Compatible program at CES 2019, opening up the VESA DisplayPort Variable Refresh Rate (VRR) standard Adaptive-Sync to be used with NVIDIA graphics cards. While the number of compatible displays ramped up over the course of the year, users were already free to try and enable the feature manually on their Adaptive-Sync displays, even if they hadn't been yet certified by NVIDIA.

However, those owning HDMI VRR displays were still out of luck as G-SYNC had historically only supported DisplayPort. That suddenly changed, too, this September when the house of GeForce announced to have partnered with LG to deliver G-SYNC Compatible validation for this year's iteration of the award-winning line of OLED televisions. A new firmware update from LG and a driver update from NVIDIA made it all possible at the end of October; beyond the LG OLED TVs, though, NVIDIA had enabled G-SYNC HDMI VRR across the board and once again users had the chance to test on their own if their HDMI VRR display worked with the feature.

Before 2019 hit we wouldn't have bet money on all these changes. Still, we were surprised once more as apparently, as mentioned in the article's beginning, the proper G-SYNC displays (those sporting the proprietary module developed by NVIDIA and based on Intel's Altera Arria V GX family of FPGAs) will now work when connected to AMD graphics cards. To be more specific, TFTCentral received word from NVIDIA that future G-SYNC displays featuring the modules will have both HDMI VRR and DP (Adaptive-Sync) VRR capabilities, which inherently means that they should support AMD graphics cards and potentially even game consoles as well. While Sony's PlayStation 4 doesn't support any form of VRR, the Xbox One X already does, and we're pretty sure both next-generation consoles will support VRR when they ship in Holiday 2020.

PC gamers are going to have freedom of choices when it comes to graphics cards and displays without being locked to an ecosystem. Exciting, right?