The AMD GPU 14 Livestream Event in Hawaii will begin soon at 3 PM EDT. The gpu 14 event is widely anticipated since it will be the official unveiling of the AMD Radeon Flagship Hawaii GPU R9-290X. The card and the Hawaii architecture are widely supposed to be fairly powerful then any Nvidia counterpart at the moment and the most powerful single chip around. This is a Live Blog and will update automatically as the event unfolds. If the page seems stuck hit F5.

Update 39: Lots of announcements and reveals and the event final comes to a closure. Thanks for reading our Live Blog of the AMD GPU '14 Conference. Do check out the articles on our main page for more information regarding the announcements

Update 39: AMD Ruby finally made an apperance rendered with CryEngine 3.

Update 38: Our Dedicated Post on tech demos in GPU 14

Update 18: "We need sight and sound for immerse gaming."

Update 17: Matt Skinner is up. Battlefield 4?

Update 16: Thanks us for jumping from Youtube to the Alternative Live Stream.

Update 15: Praise the lord, it has begun.

Update 12: So, the issue with the stream is in relation to the music they were playing. YouTube didn’t like it. The stream will go live when the event starts.

Update 10: People The Official Live Stream is Broken. Youtube Didnt Like the Music. But we will be providing an Alternative Link.

Stream is Live. Its showtime. Phoenix and Neon Trees Playing On Repeat 🙂

AMDs schedule - live event, later in the day there will be an NDA briefing from which we can't say a thing until the embargo is lifted!

Well theres one more: Raptr, an app for optimizing your AMD Experiance.

30 Minutes left, thats prolly it for the leaks.

Just over an hour to go people, get ready.

We have now confirmed reports that Tahiti will get price cuts due to Hawaii Launch today.

AMD Hawaii Architecture will be based on the 28nm Process. [Anon Source] 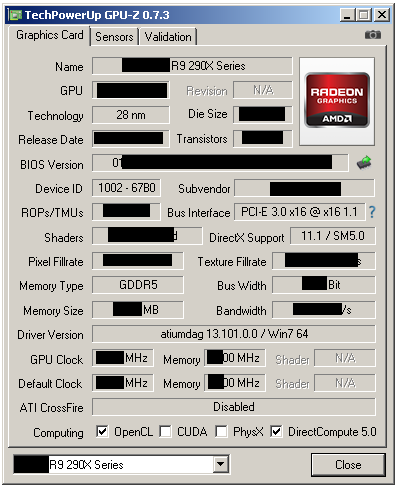 Stay tuned on this live blog for the AMD GPU 14 Livestream and Coverage.

RT #AMD #GPU14 #HawaiiGPU #LiveBlog and Full Coverage here, as it happens (and sometimes before it happens) : http://t.co/ghUUlG0mzK