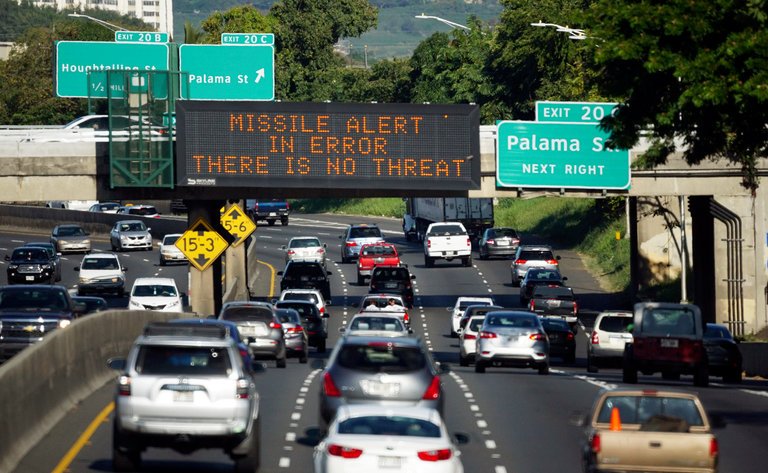 One Official Resigns, Another Fired

It's only January and this year has already seen some real breaking stories. Hawaiians were shocked and panicked earlier this month when a notification reading "BALLISTIC MISSILE THREAT INBOUND TO HAWAII. SEEK IMMEDIATE SHELTER. THIS IS NOT A DRILL" arrived on their mobile phones. The warning was also broadcasted on television. The US Pacific Command later clarified that there was no ballistic missile threat to Hawaii and that the push notification "was sent in error." It now appears that the alert was actually sent by a confused employee who, during a drill, assumed it was the real deal.

Officials had previously said that the alert was sent when an employee accidentally hit the wrong button on a computer drop-down menu. It now appears that it was no accident and that the employee made this mistake actually believing that the state was under attack. According to the results of a federal investigation, this unnamed employee has a history of mix-ups as they have "confused real life events and drills" previously as well in their 10-year-long employment.

"A state investigation released Tuesday found that the emergency message was followed by a lengthy period of confusion, during which authorities didn't immediately know how to correct the alert though they knew it to be false, leaving the public unaware that there," the WaPo reported. "The employee who sent out the alert was fired last week and has not been publicly identified."

Apparently, even after the false alarm went off and employees were scrambling to fix the problem, the responsible person was "sitting and seemed confused."

The Federal Communications Commission (FCC) has also released its own preliminary report [PDF] today, suggesting that the employee in question did not realize a drill was underway, because the supervisor erroneously also used the words "THIS IS NOT A DRILL" along with the routine "EXERCISE, EXERCISE, EXERCISE."

Here is the FCC's timeline of what went wrong when: 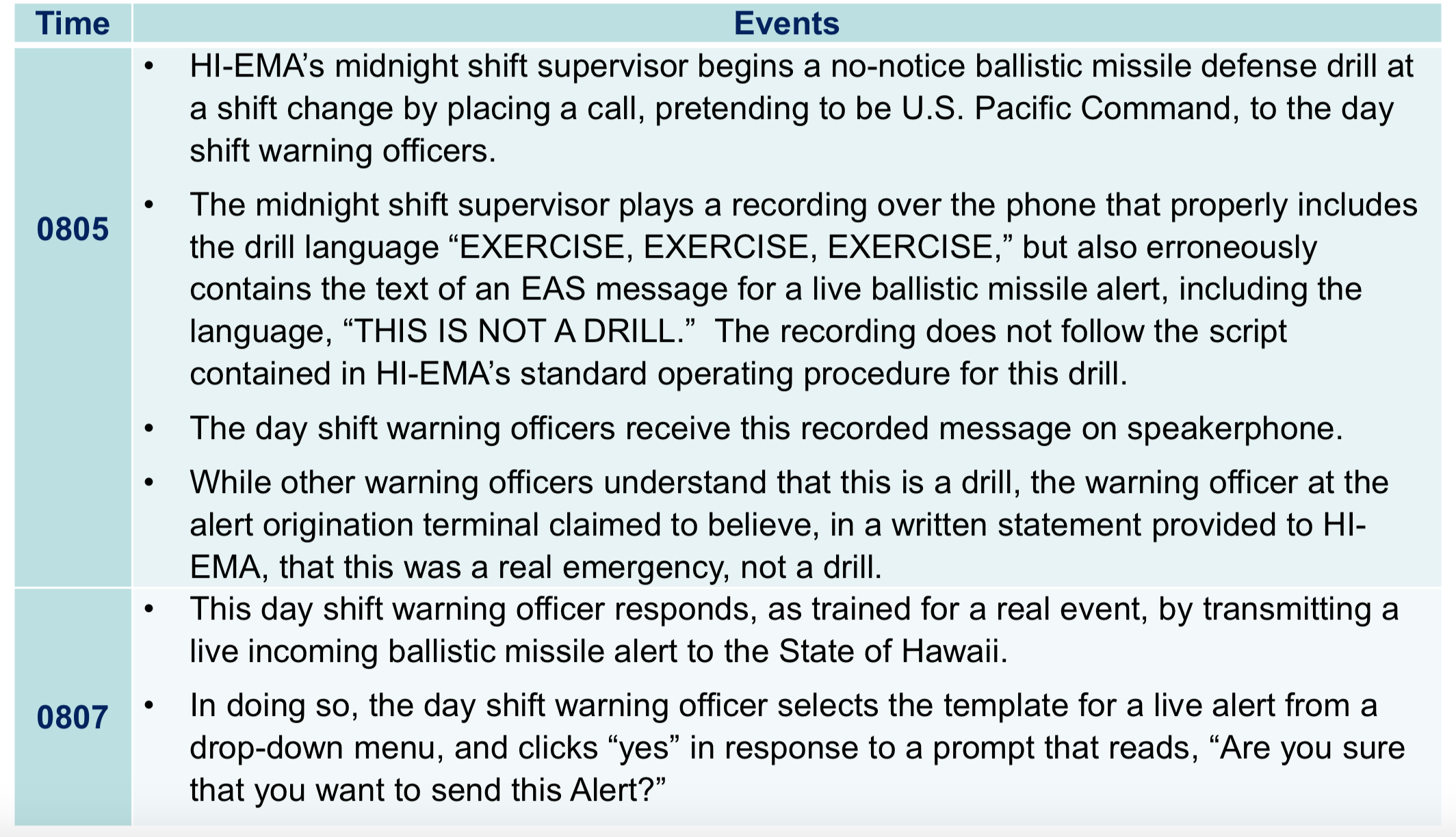 The Commission concluded that "a combination of human error and inadequate safeguards contributed to the transmission of this false alert."

While one employee appears to have become a scapegoat in this case, the first error of using "this is not a drill," and then the subsequent delay by the state emergency management agency played a major role in the alert going uncorrected for over 38 minutes, even though the process of responding to the false alert started 3 minutes after the alert went out. The top official of Hawaii Emergency Management Agency has also resigned after taking "full responsibility” for the incident.

"Every state and local government that originates alerts needs to learn from these mistakes," FCC's Chairman Ajit Pai said Tuesday. "Each should make sure they have adequate safeguards in place. [...] The public needs to be able to trust that when the government issues an alert it is indeed a credible alert."