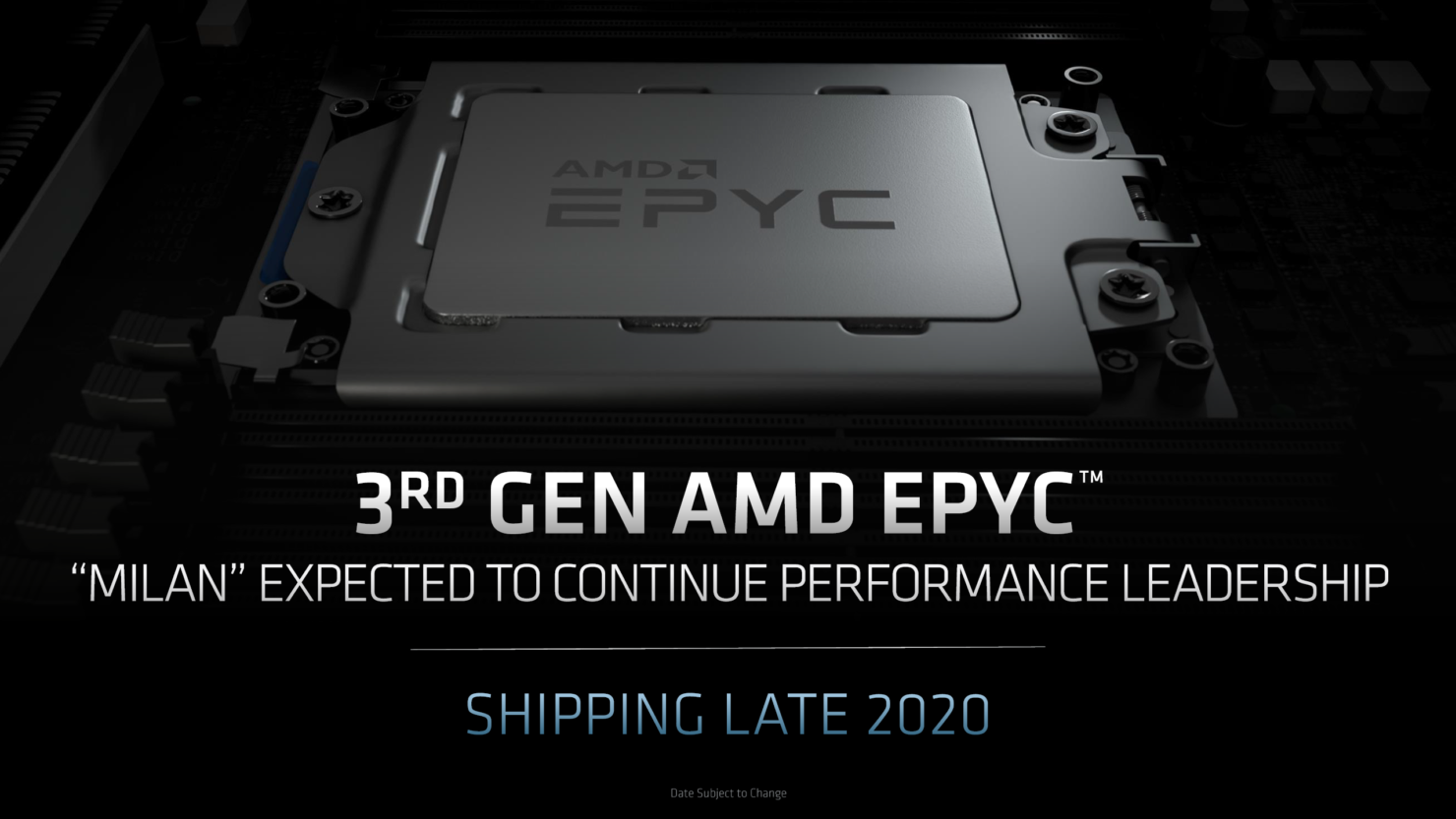 AMD's next-generation EPYC Milan CPUs are closing in and we have got a very first look at the Zen 3 powered sever powerhouse from the red team. The EPYC Milan server processors will be part of the 3rd Generation EPYC lineup, replacing the EPYC Rome lineup that launched almost two years ago while offering significant improvements in HPC & data center applications.

The AMD EPYC Milan CPU family will be powered by the brand new Zen 3 cores which will be based on the TSMC 7nm+ process node. While we have learned a lot from previous leaks and rumors, the CPUs themselves haven't shown up anywhere until now.

The latest bits and info come from ExecutableFix over at Twitter who managed to get details on an unreleased AMD engineering sample. The CPU was mentioned within a changelog for the Linux OS and has the "AMD Eng Sample: 100-000000114-07_22/15_N" codename. The codename shows us a very early look at ES clock speeds which are set at 1.5 GHz base and 2.2 GHz boost. The core count for this specific chip is not mentioned yet. Following is the main log file for the EPYC Milan CPU:

The leaker reports that EPYC Rome also featured similar clock speeds in early ES state which final variants hitting up to 3.4 GHz boost clocks. Interestingly, Komachi refers to the AMD EPYC Milan chip as Genesis which is the codename for the AMD Ryzen Threadripper 4000 (Genesis Peak) series lineup that's going to feature Zen 3 cores. Considering that AMD EPYC & Threadripper CPUs have a lot of things in common, we can see why Genesis is being referenced here.

With that said, I personally do not expect to see a next-gen Threadripper lineup until mid of 2021 since AMD has yet to introduce its Ryzen 4000 'Vermeer' desktop lineup based on the Zen 3 core architecture.

In a recent slide, AMD showed their Zen 3 based 7nm processors offering better performance per watt than Intel's 10nm Ice Lake-SP Xeon chips. As for the new features, other than featuring its Zen 3 core design, Milan would offer socket compatibility with SP3 platforms, would feature support for DDR4 memory, PCIe 4.0 interface, and is stated to offer 64 cores and 2x the threads (128 threads).

The chips will have a TDP rated at 120-225W which is similar to existing Rome parts. Summing everything up for EPYC Milan, we are looking at the following main features: