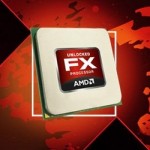 It is a bit of surprising though yet somewhat expected of Microsoft releasing a hotfix update for AMD’s Bulldozer processors that has indeed made some noticeable speed improvements.

Micrsoft can be sneaky at times to unsuspecting users. But as always it is for the benefit for the end user. AMD Bulldozer users would be happy to know that this hotfix does substantially improve performance in Windows 7 as the operating system itself was in the way of letting flagship Bulldozer processors performing 100% in all benchmarks.

Cinebench has also seen a boost as the FX-8150 used by one member achieved a CPU score of 7.57.

The official text from the update is mentioned below:

This article introduces an update that optimizes the performance of AMD Bulldozer CPUs that are used by Windows 7-based or Windows Server 2008 R2-based computers. Currently, the performance of AMD Bulldozer CPUs is slower than expected. This behavior occurs because the threading logic in Windows 7 and in Windows Server 2008 R2 is not optimized to use the Simultaneous Multithreading (SMT) scheduling feature. This feature was introduced in the Bulldozer family of AMD CPUs.

The Hotfix can be downloaded from here.