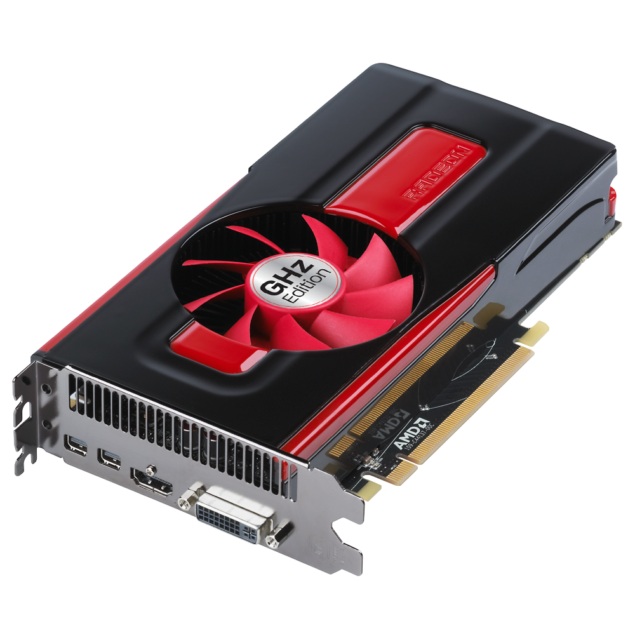 It was reported a few weeks ago that AMD was planning to launch its Radeon HD 7790 in April in a bid to offer more mainstream products in their HD 7000 series lineup. Heise.de has some new details on the GPU and it is definitely on its way for an early April launch schedule.

The Radeon HD 7790 is built on a 28nm Fabrication process, comes with DX11.1 support. The chip is said to be faster in Crysis 3 and Battlefield 3 than the HD 7850 as pointed out by the source. The Radeon HD 7790 would either feature 1 or 2 GB GDDR5 memory. Clock speeds were not confirmed .It was confirmed by various sources at CeBIT 2013 that the GPU is planned to launch in the beginning of April with a price of around 135 Euros.

In other news, Fudzilla has confirmed that AMD has working samples of the Radeon HD 7990 "Malta" at their labs, although it wont be showcased at the CeBIT 2013 since AMD didn't sent it out to partners yet but would be arriving in Q2 2013 at a price point lower than the ASUS ARES II which costs $1500 US, The Radeon HD 7990 Malta is said to outperform the ASUS ARES II at a lower price point but we don't know how this would be possible, only if AMD can clock those Tahiti XTX cores higher than the ARES II itself.