A few days ago, it was reported that AMD might be introducing their latest Radeon HD 7990 graphics card around 22nd April. Looks like the date has been pushed forward to a 24th April launch schedule as reported by the folks at OCaholic.

The site reports that AMD has already supplied a selected amount of reviewers with the new GPU for testing.  Also it is mentioned that on 24th April, we might not be looking at an official but rather a paper launch day. This means that the card still won't be available for retail till a further date. This bit isn't confirmed yet but next week should make it clear.

As for the card itself, the Radeon HD 7990 uses a highly efficient Tahiti chip but whether its an XT or XT2 variant remains unknown. It is clocked much higher over the 1 GHz mark and comes with two 8-pin connectors for power. AMD would essentially be making a custom PLX crossfire chip to enhance scaling between both chips and the company is already keen at work to deliver an updated Catalyst driver at launch day which would help eliminate crossfireX and stuttering issues on Radeon HD 7000 series cards including the Radeon HD 7990. AMD in a bid to further strengthen their Gaming Evolved initiative are rumored to include Battlefield 4 with the HD 7990 GPU which would be a nice addition to the $1000 GPU. Benchmark.rs, a site which seem to have gotten their hands on the upcoming GPU for review have posted a teaser image of the GPU which can be seen below. 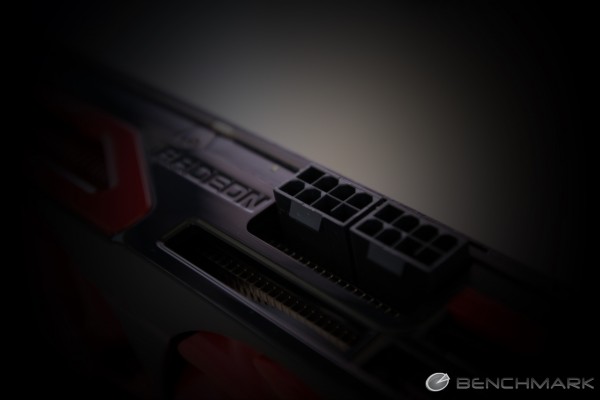 Furthermore, AMD have also posted a picture of a PC powered by the Dual chip beast running Tomb Raider in 5 x Eyefinity mode on their gaming evolved facebook page which looks pretty cool. The card is also specifically built for high-res and enthusiast users who want to grab the best available hardware to run their games with the highest detail possible on the highest resolutions available. We would be hearing more about the GPU and its details in the upcoming days.