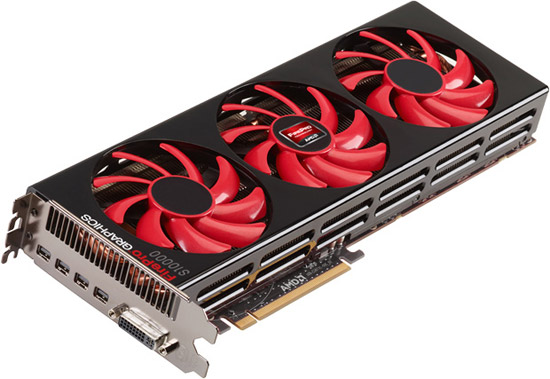 Yesterday, it was reported that AMD could be preparing a Radeon HD 7790 GPU based on their new Bonaire XT chip but that's not all that AMD's Radeon Graphics department has planned for 1H 2013. Fudzilla again has info about a reference Radeon HD 7990 Dual Chip GPU that AMD plans to launch soon.

According to the information, AMD's supposedly upcoming Radeon HD 7990 GPU would be codenamed "Malta" (Previously codenamed New Zealand) and would possibly feature dual Tahiti XT cores however the source wasn't able to confirm that. Nevertheless, the Dual cores allocated to the Radeon HD 7990 would operate at an frequency beyond 1 GHz. Currently, the fastest Radeon HD 7990 solution from ASUS codenamed "ARES II" is clocked at 1050 MHz stock and 1150 MHz Boost so AMD would be looking to topple that with their own Malta Radeon HD 7990 GPU.

Memory configuration would most likely remain the same as current Dual GPU HD 7990 offerings, 6 GB GDDR5 memory along a 384-bit x 2 interface. The reference Radeon HD 7990 from AMD codenamed "Malta" would be available to a few board partners and would arrive over the next few months.

AMD had already confirmed that since their new HD 8000 cards launch in fourth quarter (2013), they would launch more products in their current Radeon HD 7000 series lineup. Possible new variants have been detailed here. AMD would also offer more promotional deals over the next few months with their Never Settle bundles.