AMD's upcoming Radeon HD 7990 "Malta" reference GPU has been spotted on Ebay. The listing was posted by a random seller who has got his hand on an Engineering sample of the upcoming Malta Dual chip card which would launch on 24th April 2013. The delivery time of the card has been estimated around 25th April but its easy to say that the official version won't go up on sale until after the launch day.

The user also mentioned specifications of the HD 7990 GPU however since the card is still in ES phase, its hard to know what would be the final clock frequencies on the chips. One this has been confirmed though that the card makes use of AMD's Tahiti core architecture, clocked at 950 MHz for core and 1500 MHz for memory. The card has a total of 6 GB GDDR5 memory (3 GB per GPU) running across a 384-bit x 2 interface and comes with PCI-e 3.0 support and DX11.1 compatibility. Power is provided through Dual 8-Pin connectors which is a good thing to see since the AIB built custom HD 7990 boards had three 8-Pin connectors resulting in massive heat and power output. The GPU has a rated TDP of 375W.Reference

AMD would essentially be making a custom PLX crossfire chip to enhance scaling between both chips and the company is already keen at work to deliver an updated Catalyst driver at launch day which would help eliminate crossfireX and stuttering issues on Radeon HD 7000 series cards including the Radeon HD 7990. AMD in a bid to further strengthen their Gaming Evolved initiative are rumored to include Battlefield 4 with the HD 7990 GPU which would be a nice addition to the $1000 GPU. 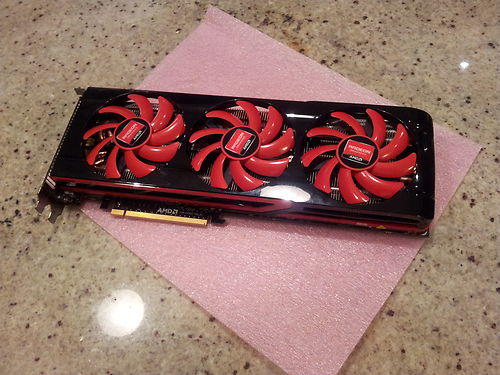 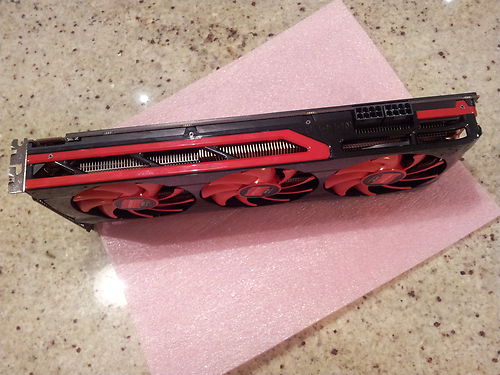 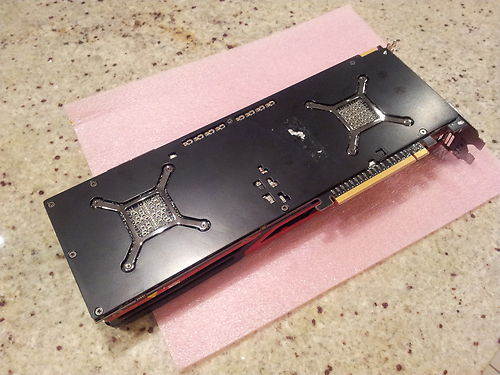 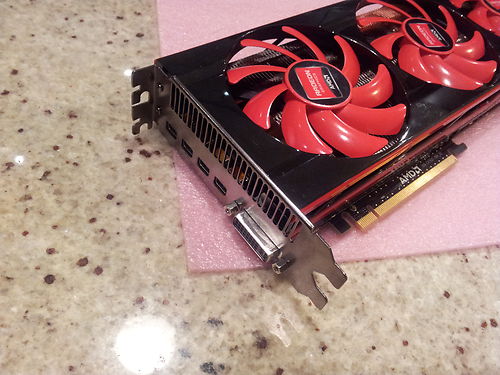