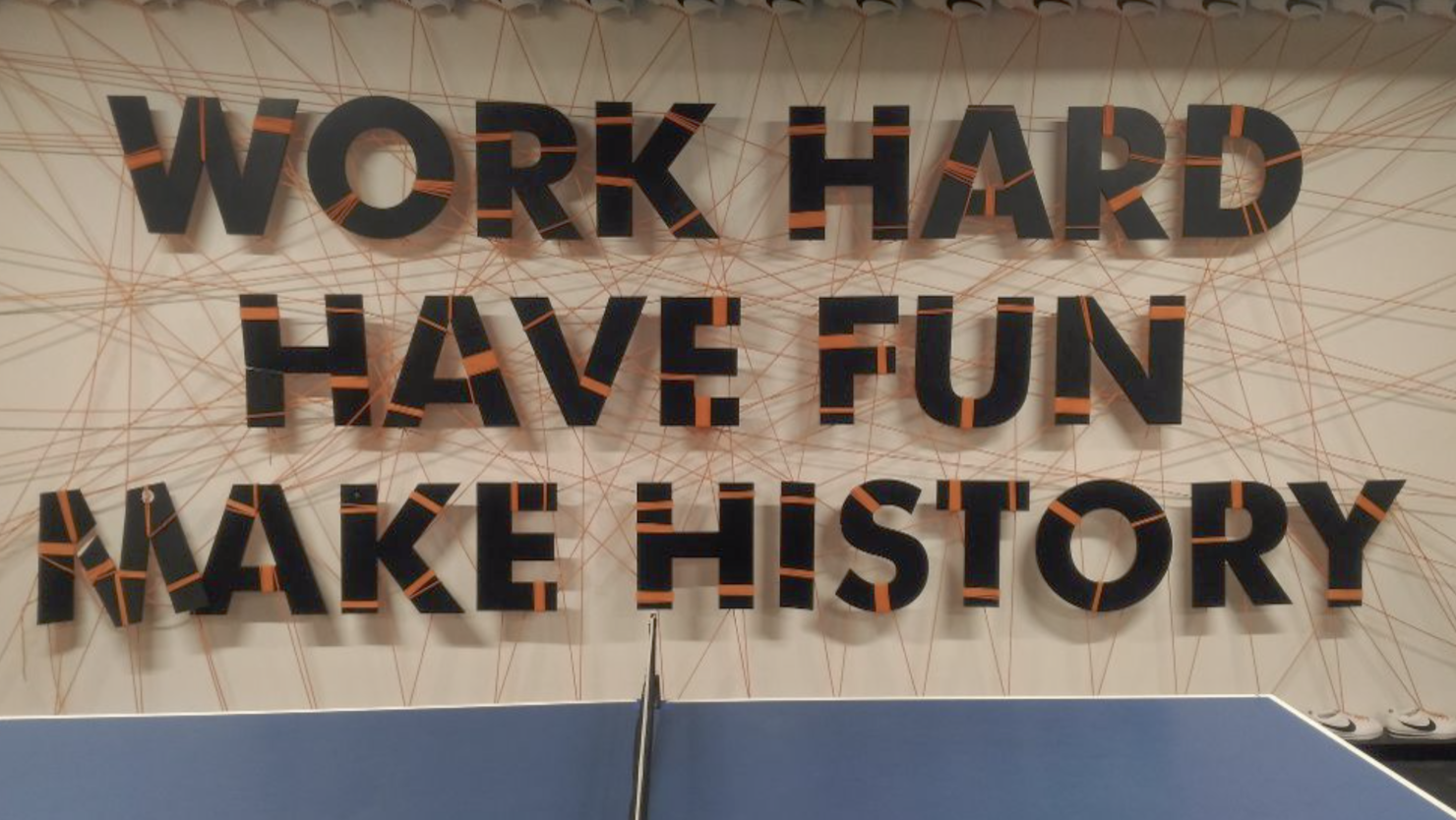 The outbreak of the coronavirus has disrupted operations and affected top-line balance sheet items for a wide array of companies, but at the same time, the pandemic has grown addressable markets and demand for services from others. Companies such as Zoom Video Communications  (NASDAQ:ZM) and Amazon.com, Inc (NASDAQ:AMZN) have performed relatively well on the stock market when we analyze shattering drops that major stock indexes went through in the middle of the calendar year 2020's first quarter.

Amazon, which is projected by JP Morgan to earn roughly $74 billion in revenues in Q1 2020, has increased the scope of its operations to reflect the demand surge for online retailers following lockdowns in North America and in Europe. Now, RBC Capital Markets, in a fresh report is painting an even brighter future for the company following the research firm's annual survey analyzing grocery trends.

RBC's latest survey comes perfectly in time to analyze the fallout from, and the effect of the coronavirus on consumer thought patterns and behaviors for online grocery shopping. As opposed to facing unsanitary conditions, long checkout lines and a generally hostile atmosphere when shopping for essentials and other items physically, online retailing offers customers an attractive alternative to get their needs met without entering all of the aforementioned hassles.

According to the survey, online grocery shopping has peaked following lockdowns, as 55% of the 1,500 people questioned reported having used the facility, a metric that stands at a record high after jumping significantly since last year. RBC also reports that 42% of those surveyed make online grocery purchases each week,  with the number having increased nearly twofold over 2018. 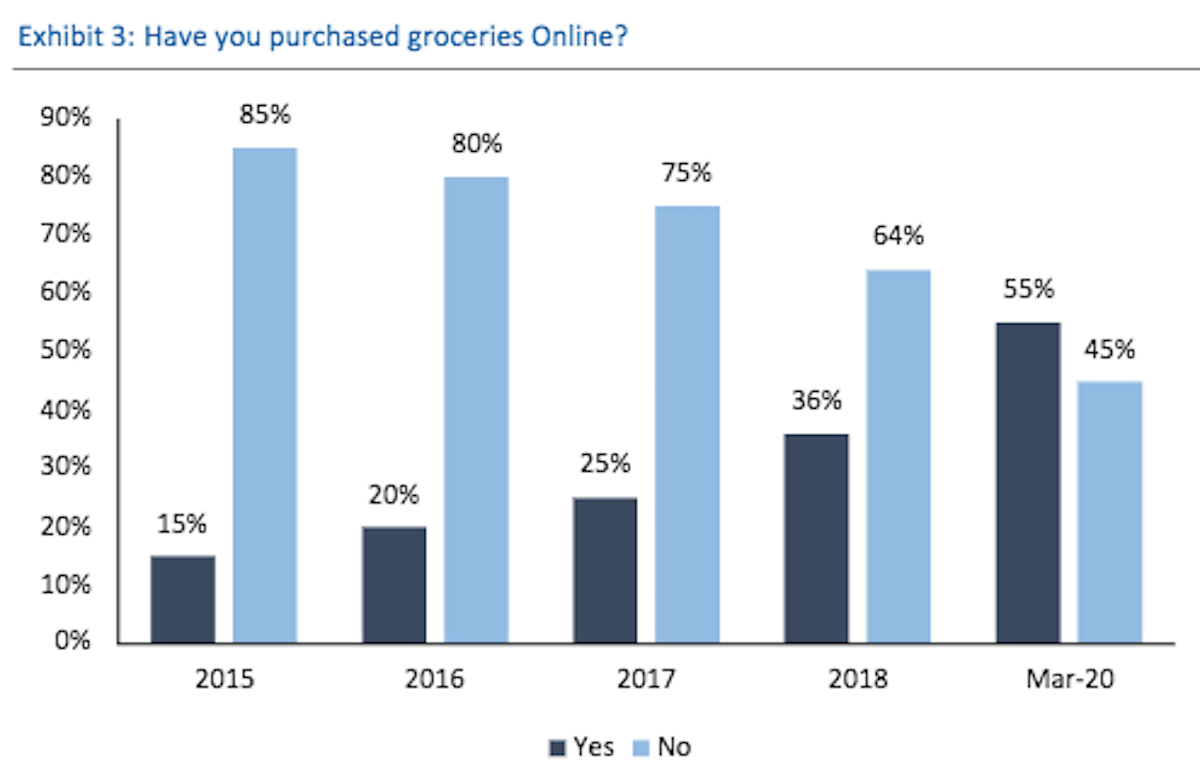 An excerpt from RBC's survey'GeekWire

The retailer also continues to be the most popular brand among consumers shifting to online purchases, with more than half (60%) of the responding preferring to use Amazon. 75% of those questioned were Amazon Prime members, with RBC estimating that in the United States, Amazon has 90 million Amazon Prime subscribers; accounting for 60% of the retailer's self-stated 150 million global subscribers.

Additionally, and in the most important point from today's report, RBC also reports that most of the respondents intend to permanently shift their purchasing online and 41% of those who currently do not use online retailers believe that they will make the jump in the next six months.

This leads the research firm to conclude that Amazon's online grocery segment stands to shift roughly $70 billion worth of merchandise by the end of 2023 - more than three times of the volume shipped last year.

According to analyst Mark Mahaney,

We view Amazon as one of the largest structural beneficiaries of this accelerated secular shift to online grocery shopping, along with Walmart and Instacart. 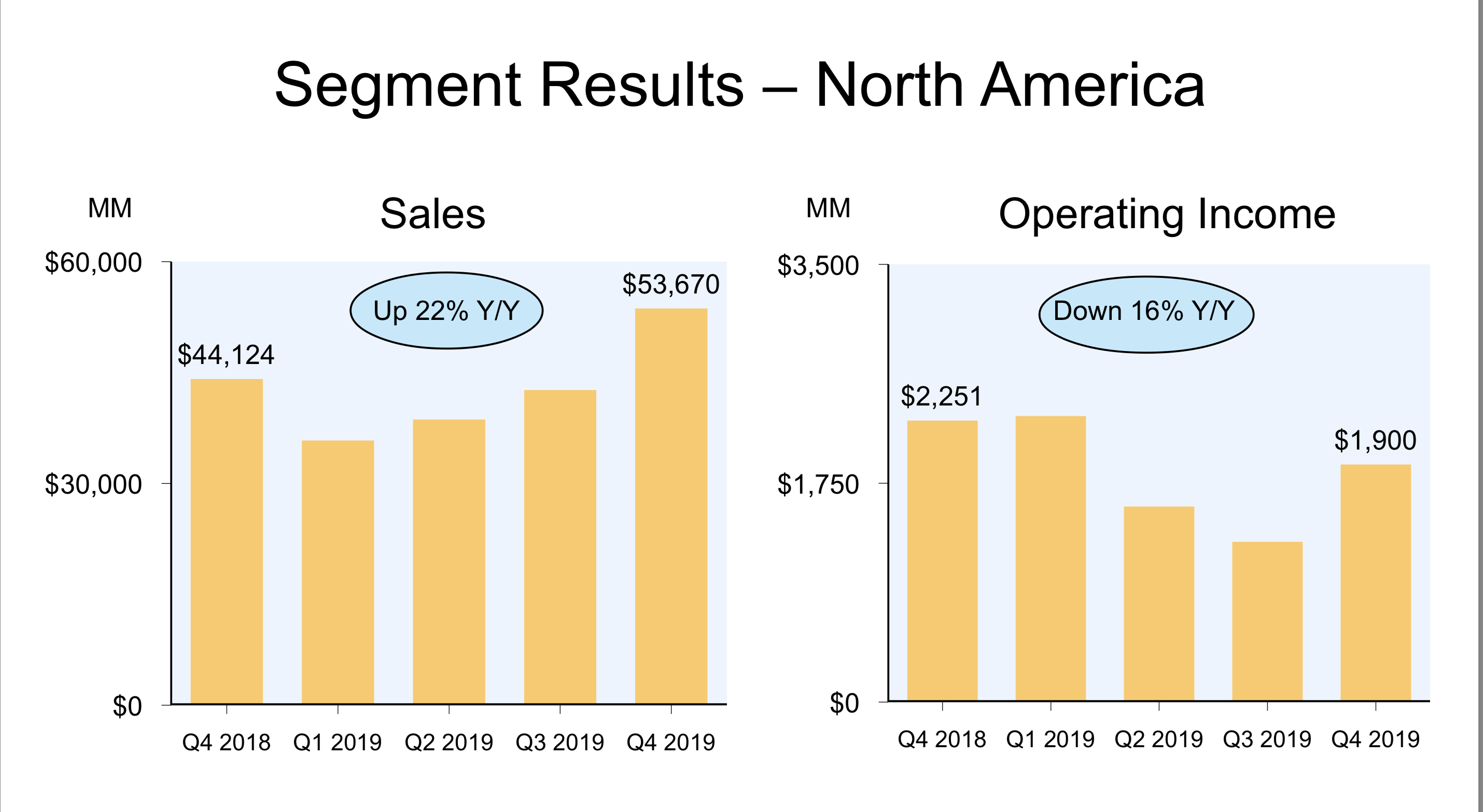 Amazon (NASDAQ:AMZN) brought in roughly $54 billion in net sales and $1.9 billion in operating income in its fourth quarter of 2019.

In its fourth quarter of the fiscal year 2019, Amazon earned $54 billion and $1.9 billion in net sales and operating income respectively from North America. The net sales amount for more than 60% of the retailer's global revenue, and if RBC's projection turns out as correct, then Amazon will have exhibited massive growth in just a handful of years.

Operating in stark contrast to most other businesses out there, Amazon actually went on a hiring spree once coronavirus's effects on the American industry started to materialize. Yet, despite this, the company is still struggling to cater to increasing demand and be mindful of its own house.

According to the New York Times, Amazon is aware of positive coronavirus cases in more than 50 of its warehouses inside the U.S, and by the middle of last month, warehouse attendance had dropped by one-third. To make sure that it has an adequate workforce to meet the massive uptick in demand. As per the Times' source with direct knowledge of the matter, Amazon has witnessed grocery demand increase 50x. To meet such increases, Amazon has doubled overtime pay, offered extra shifts and increased hourly wages.

At the time of publishing, Amazon's shares are trading for $2019.59 on the open market, up by 0.4% over yesterday's close. While the online retailer's share price dropped in line with major indexes earlier this year, it was quick to recover and has gained a big chunk of this lost value since then.