Amazon (NASDAQ: AMZN) Likely to Report Above-Guidance Revenue of $74 Billion for Q1 2020 as Coronavirus Boosts E-Commerce, According to JP Morgan 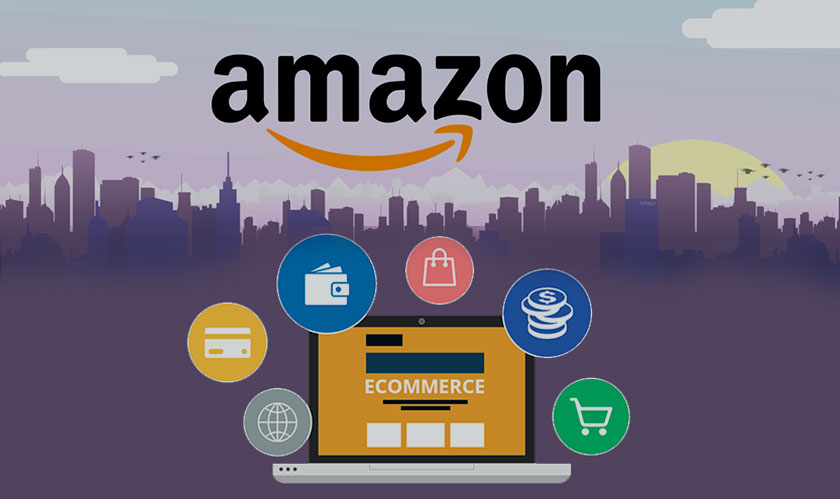 Amazon (NASDAQ:AMZN) has performed relatively well amid the market turbulence so far, buoyed by the company’s massive online retail operations that have been the prime beneficiaries as coronavirus-related quarantines and shutdowns expand.

Echoing this bullish theme, JP Morgan has released a fresh investment note in which the Wall Street behemoth has raised the estimate for Amazon’s Q1 revenue to $74 billion - $1 billion above the company’s own guidance!

As a reflection of this positive prognosis, JP Morgan maintained its ‘Overweight’ rating for Amazon’s stock, highlighting the potential for future outperformance.

“[Amazon along with other e-commerce players] will benefit as closings of physical stores & fear of public places should accelerate the secular shift of retail online, which we believe will prove sustainable even after the crisis ends."

According to the analyst, Amazon will "gain incremental share of both total retail & online retail in a downturn, as was the case in 2008-2009."

In a testament to the coronavirus-induced panic and the corresponding boom in the online retail space, Amazon recently announced that it would hire 100,000 new full and part-time workers across the U.S. in order to meet the surging demand on its delivery and logistics segment. This development follows a recent surge in online orders for the delivery of household items and medical supplies amid expanding shutdowns related to the COVID-19.

Nonetheless, this hiring spree will not come without attendant costs. As an illustration, Amazon will offer a $2 premium above its current $15 per hour wage rate across the United States. The company will also offer this premium in other jurisdictions, such as Canada and the UK. According to an estimate by BOOX Research, this additional hiring spree coupled with the wage premium will cost Amazon around $350 million through April 2020. Nonetheless, this expense will form a relatively modest 2.9 percent of Amazon’s total ‘fulfillment’ expense in the last quarter of $12.2 billion.

Amazon surprised analysts by showing healthy growth in its AWS segment when it reported its earnings for the fourth quarter of 2019. As a refresher, the AWS segment revenue increased by 34 percent on annual basis in the pertinent quarter.

However, according to BOOX Research, this segment will suffer as the financial impact of the coronavirus pandemic continues to escalate. This is all the more important given that the AWS segment contributes 67 percent of Amazon’s total operating income.

Despite these headwinds, Amazon’s stock continues to hold its ground even as the carnage in the broader market continues. Year to date, the stock is down only 2.16 percent – based on yesterday’s close. In the same timeframe, however, the S&P500 is down by a whopping 26.13 percent.