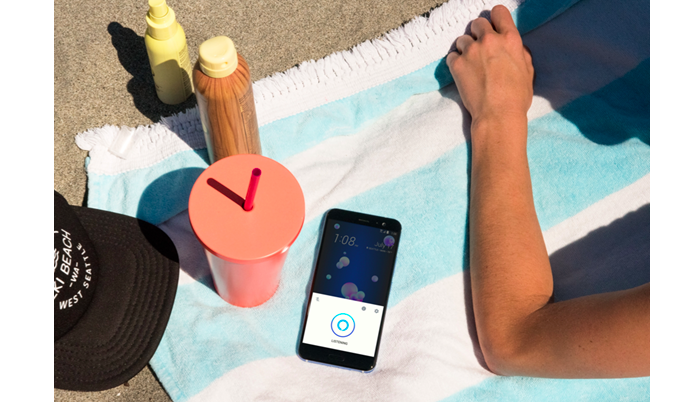 As promised by HTC, its HTC U11 smartphone is finally getting Amazon's assistant - Alexa. Starting from today, the HTC U11 users in the US can head to the Play Store and install Alexa app. Other reports suggest that Alexa's localised versions could come out for other nations in the coming weeks. To keep a count, Alexa is the third virtual assistant on the HTC U11. The other two are Google Assistant and HTC's own Sense companion that's not a voice assistant but it still helps.

Three assistants on one smartphone sound like overkill, but HTC doesn't think so. The company's VP of product planning, Nigel Newby-House thinks that it is better to have more options. Well, his views seem legit on some level as HTC's Sense Companion is a non-speaking assistant and suggests actions based on your behaviour. Now, it's up to HTC U11 users to choose between Google Assistant and Amazon's Alexa. Both the virtual assistants are talented when it comes to general questions, but Alexa has got few more skills - precisely more than 15,000 as touted by Amazon.

Everything aside, the most important fact is that the HTC U11 is the first smartphone that has Alexa working as seamlessly as it should. Before the HTC U11, the Huawei Mate 9 tried Alexa integration but it didn't work the way it should have, it was full of lag and didn't answer to wake words. On the HTC U11, Alexa works at her best and responds as soon as the user says "Alexa".

In an announcement post about Alexa on the HTC U11, Steve Rabuchin, VP Amazon Alexa says:

Now, HTC U11 customers will have Alexa with them at home and on the go. Customers on the move can ask Alexa on the U11 for music and news, to cool their smart house on their way home from work, to check if they locked their front door, and to access thousands of other Alexa skills. We think customers will love the convenience of having hands-free Alexa capabilities wherever they go.

What's better is that the HTC U11 supports dual wake-words, which means that you can use Google Assistant and Alexa simultaneously. That's a job well done by the makers of the U11, this way, users can summon any assistant according to the task allocation.

Motorola is next in line for Alexa integration

HTC has set the ball rolling for Alexa on smartphones, the next in line is Motorola. It would be interesting to see how Alexa works on other devices. Stay tuned with us for more news on the same.