Alienware’s New AW3418HW Ultra-Wide Might Not be a ‘Big Format Gaming’ Monitor, But Packs Great Features Under the Hood 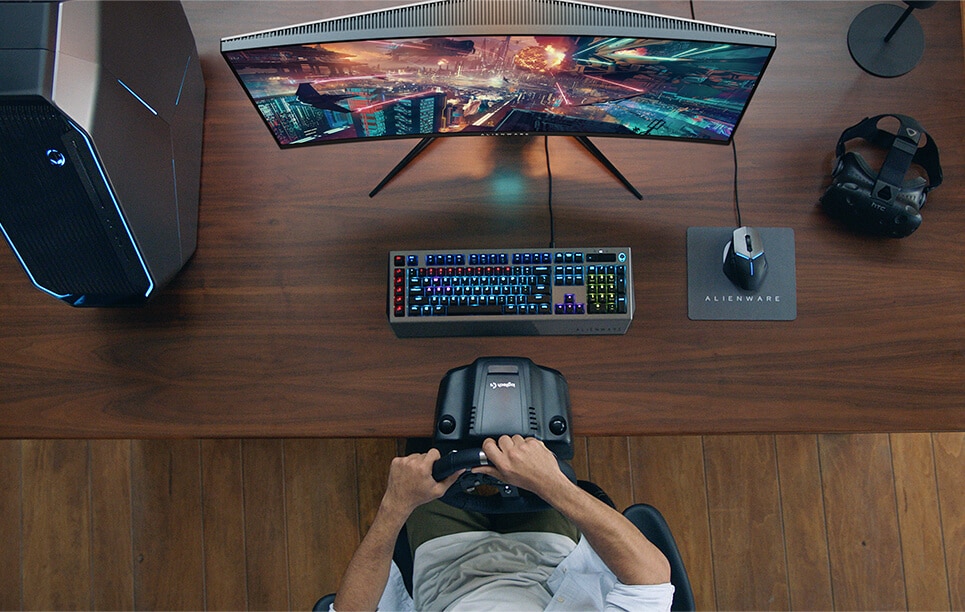 The Big Format Gaming Displays are coming in hot from CES 2018, but Alienware is breaking the trend with its new AW3418HW ultra-wide, curved gaming monitor.

Aside from its Ridiculous Name, the New Alienware Monitor is Everything a Gamer Can Expect from a Curved Ultra-Wide. Probably More, too.

NVIDIA, ASUS and Acer have shown off their 65-inch gaming displays, and now it's Alienware's (from Dell) turn to show off what it has been working on.

Named the AW3418HW, the monitor is essentially an ultra-wide, curved panel with a display resolution of 2560x1080. While that number won't surprise anyone at all but the refresh rate will as it sits in the comfortable 144Hz zone. But wait, you can overclock that up to 160Hz. Combine that with NVIDIA G-Sync, you are looking at a display that's extremely fast in displaying content and an ideal companion for fast-paced gaming.

On the design front, the monitor looks like something straight out of a sci-fi movie. That's obviously a good thing, however, it might not sit well with the minimalist amongst us. But if you're a gamer, it's something which you will definitely appreciate.

This thing is not cheap. According to Dell, it will retail for $1,199 which is quite steep given the low-res panel compared to what we are seeing at CES 2018. But given that it is marketed as a premium option from Alienware, therefore the price is (somewhat?) justified.

Still, it's totally up to the end-user what they want on their desk. Personally, I would suggest holding back for the Big Format Gaming Displays that have been announced so far. They are far more tempting, especially when you consider the resolution they pack.