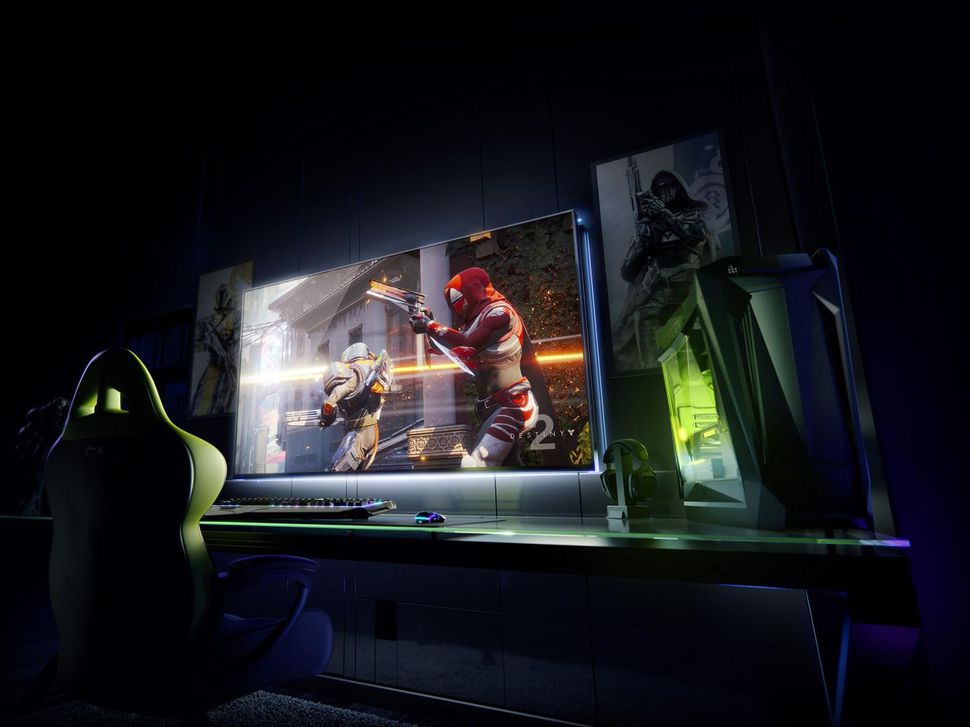 NVIDIA has continuously been diversifying into various side segments and today at CES it revealed that it is going to venture into display creation as well. I am not going to call this particular offering from NVIDIA a monitor, it's not exactly a TV either. The company is calling these huge 65 inch displays, the Big Format Gaming Display category. Specced to kingdom come, these 65 inch 4K HDR monitors feature 120 Hz GSync capability as well as a built in SHIELD.

NVIDIA has gone all in on the display industry and its first offering could very well be the killing blow that any competitors in the underdeveloped niche market of "Gaming TVs". When going out to chose a display, gamers usually have to settle for either a fast gaming monitor which are usually quite small or a big tv, which will usually not be as fast. NVIDIA proposes to solve the problem once and for all with its big format gaming displays. Currently only the 65 inch variant is announced, but from the name it is clear that this will be an entire lineup, not a one-off thing. 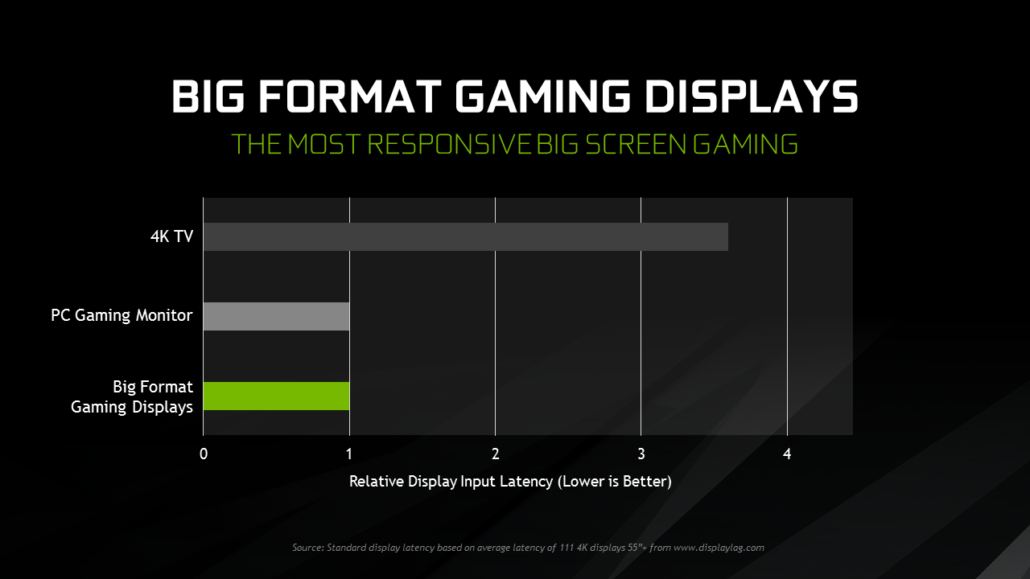 The sheer amount of tech and buzz words that are crammed into this product is simply insane. Think any amazing display technology? This TV/Monitor has it. Quantum Dots panel, ultra low latency, 4K HDR, 120 Hz G-Sync, you name it, it has it. The BFGD is going to be quite a revolution in the TV industry because as far as I know there is no real competitor in this space and even if there are they usually don't offer every single feature in one package like NVIDIA.

The P3 color gamut with 1000 NITS means you are going to be looking at a super vivid image and the Quantum Dot tech with direct array back lighting will ensure extremely deep blacks. The ultra low latency will ensure that any motion on screen remains crystal clear and no blurring happens in sports games or even fast moving action games. This is quite literally the one display to rule them all that has got it all.

As if the bleeding edge technology inside the display wasn't enough, NVIDIA has also crammed a full fledged SHILED tablet inside for android gaming and 4K HDR streaming content. I honestly cannot think of a single thing that the display is going to lack. I wouldn't even be surprised if this display enchants audiences from the non-gaming spectrum as well (particularly sports aficionados), its that good. Needless to say, this thing is going to cost an arm and a leg (and then some!) and we don't have details on pricing at this point, but if money is no object, this is the ultimate display to get for gaming (or anything else for that matter).