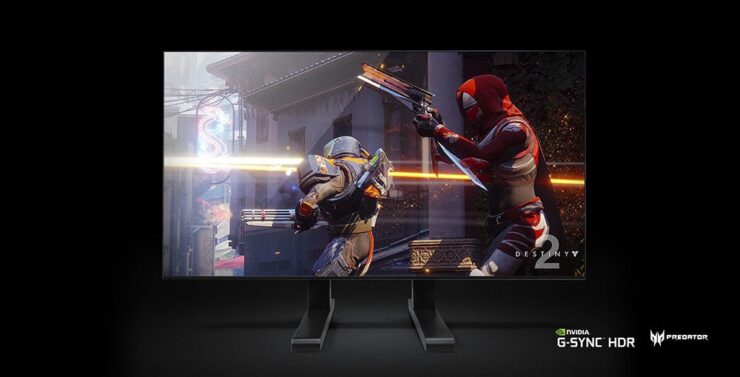 It seems as though 65-inch is the new size at which gamers are going to be enjoying their games in 2018 as Acer too has announced a Big Format Gaming Display.

NVIDIA dived head-first into the 65-inch gaming arena by announcing a self-branded gaming panel of its own. Not shying from that one bit, ASUS joined the party too with its PG65 display. Now though, Acer too has revealed its very own Big Format Gaming Display, and it carries similar features to what NVIDIA and ASUS has already announced, but of course, in a different design that's unique to Acer and its fans.

Spanning 65-inch inches, the new Predator display is a beast from Acer. It features a monstrous resolution of 4K, is capable of refreshing at 120Hz and can display images in HDR. So that's the majority of things covered in one go. But things are taken further with support for NVIDIA G-Sync, which means there will be no stuttering or tearing during gameplay regardless of what you throw at the display.

This display is extremely bright too at 1,000 nits. Everything is topped off with built-in NVIDIA SHIELD, allowing you to dive into the world of Netflix, YouTube and other services from the comfort of your couch.

At the time of writing, availability and pricing details haven't been revealed just yet. But we will update our readers as soon as we have more details in that department so stay tuned for more.

In the meantime, make sure you let us know in the comments section below which company's Big Format Gaming Display looks the best - NVIDIA, ASUS or Acer?