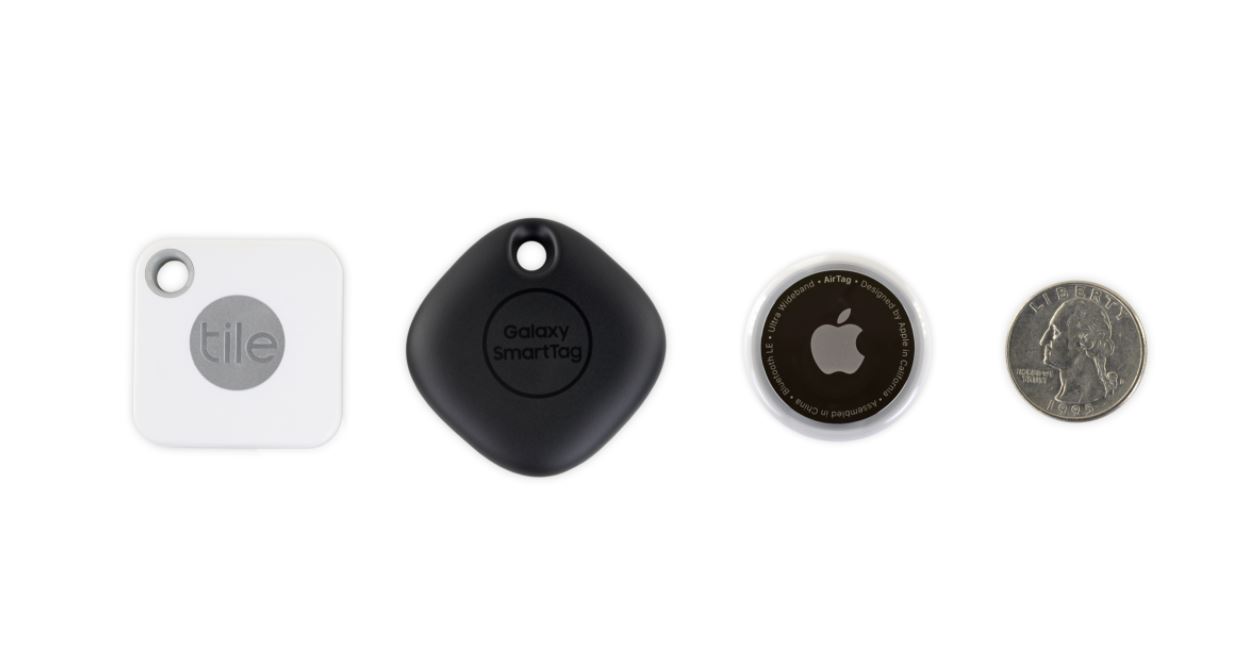 Apple announced its latest accessory a while back at its Spring Loaded event. The AirTag is an item-tracking accessory that you can attach to any of your belonging and track its precise location with your iPhone. Now, iFixit has shared the teardown of the AirTags which shows how the compact accessory has wasted no space internally. In addition to this, the speaker layout has been well thought as well in order to allocate internals.

iFixit teardown of the AirTags has been compared to Samsung's Galaxy SmartTags and Tile Mate. Compared to the competition, Apple's AirTags are the smallest in terms of design. The reason for this is Apple's efficient use of internal space. The most spaced used is for the battery itself. One aspect where the AirTag lacks behind is the keyring hole.

The x-ray image shows below shows how Apple has wasted no internal space. On the other side of things, Samsung's Galaxy SmartTags and Time Mate have empty spaces. Despite a larger form-factor and free internal space, Time Mate and Galaxy SmartTags come without Ultra-Wideband technology. Take note that another variant of the Galaxy SmartTags features Ultra-Wideband technology but iFixit was not able to obtain it. The empty spaces are evident on iFixit's teardown x-ray of the item-trackers in comparison to Apple's AirTags.

Apple's AirTags and Galaxy SmartTags house the same replacement battery type and size. However, Tile Mate uses a smaller .39Wh CR1632 battery. iFixit notes that Apple's AirTags feature a lift and twist mechanism to pick up the backplate for battery replacement. However, the lifting mechanism is difficult with bare hands.

All three trackers open up with finger power—no other tools required! That said, the AirTag is by far the most difficult, especially if you indulged in a snack earlier and have greasy digits. Imagine opening a stubborn pickle jar with just two slippery thumbs, and you’ve got the idea. The other trackers have dedicated divots for separating the pieces with a fingernail—moisturize to your heart’s content!

iFixit notes that Apple's AirTag showed "surprising restraint in sealing the AirTag," noting that you only require a vise and some plastic sticks to completely open the accessory. Further teardown of the AirTags reveals a built-in speaker that pings when you pair an iPhone through the Find My app, during the set-up process, and some other situations. Apple used the entire body of the AirTag as a speaker driver and the bottom part serves as the magnet.

It’s circles all the way down as you head inside the AirTag. Did you notice the “button” on the underside of the cover? That’s not a clickable button, like the Mate and SmartTag have, but rather the magnet we saw earlier in the X-ray. It sits right inside the donut-shaped logic board, nested into a coil of copper to form a speaker. You read that right—the AirTag’s body is essentially a speaker driver. Power is sent to the voice coil, which drives the magnet mounted to the diaphragm—in this case, the plastic cover where the battery lives—which makes the sounds that lead you to your lost luggage.

It is possible to drill a hole in the AirTag for your keyring to hang from. While you have the option to do it, it is still a risk and we would not recommend anyone doing it. The AirTags teardown has been divided into two parts and the second part will contain detailed information of the circuit board and other details.

This is all there is to it, folks. What are your thoughts on the AirTags teardown? Let us know which item-tracker do you prefer in the comments.