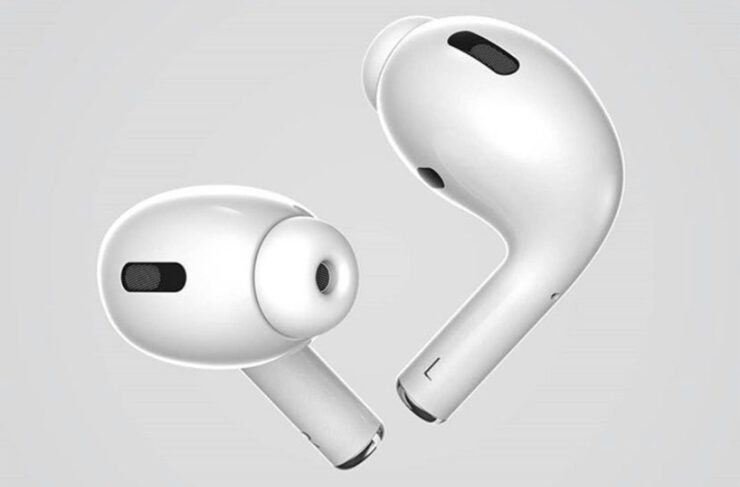 October is almost over, and with a few days remaining, it’s possible an AirPods Pro launch still materializes. After all, it was reported that the newly designed wireless earphones would be unveiled later this month, with the product expected to arrive with an expensive price tag. According to Ben Geskin, who has revealed some interesting rumors concerning the iPhone 12’s design has made an important revelation, so let us check out these details right away.

Ben Geskin, who is widely known for creating unique concept renders of various smartphones and other machines believes that the AirPods Pro launch is expected to take place next week. Of course, some readers might be confused with the terms ‘this week’ primarily due to different time zones. Geskin didn’t reveal the date of the rumored launch, no doubt creating additional confusion in the process.

AirPods Pro will be shown next week on Tuesday / Wednesday at an event / session with journalists at Apple's local offices pic.twitter.com/HFLqpHAGkg

Thankfully, some people participating in the Twitter thread stated that Geskin’s currently resides in Latvia, and during the time he posted the tweet, it was still a Sunday. Using these facts, this immediately translates into the unveiling happening during the last few days of October and not during the first week of November. According to Geskin, the AirPods Pro launch will either take place on Tuesday or Wednesday (launch might not be held on Wednesday since Apple will release its Q4 2019 financial results), with the press possibly being debriefed about the product at Apple’s local offices.

Hopefully, the AirPods Pro launch means we’ll get to see the wireless earphones in various color options, as reported earlier. Sadly, we’ve only seen an alleged white colored case so far, so let us hope Apple introduces more finishes in the near future.

He lives in Latvia, it’s still Sunday in where he lives, so he probably meant next week as in the week of October 28th.

Will the AirPods Pro Features Justify Its Pricing?

To bring you up to speed, previously leaked code found in iOS 13.2 beta states the AirPods Pro launch should be accompanied with features like active noise cancellation, as well as rubber tips that block out ambient sound for an improved audio experience. We’re also hoping that this ‘new design’ is accompanied with an improved battery life statistic, otherwise, the rumored $260 price might appear as a ripoff to a lot of customers.

Like always, we recommend that you treat this info with a pinch of salt for now, and we’ll be back with more updates for you in the future. Are you looking forward to an AirPods Pro launch during the last few days of October? Let us know by commenting below.