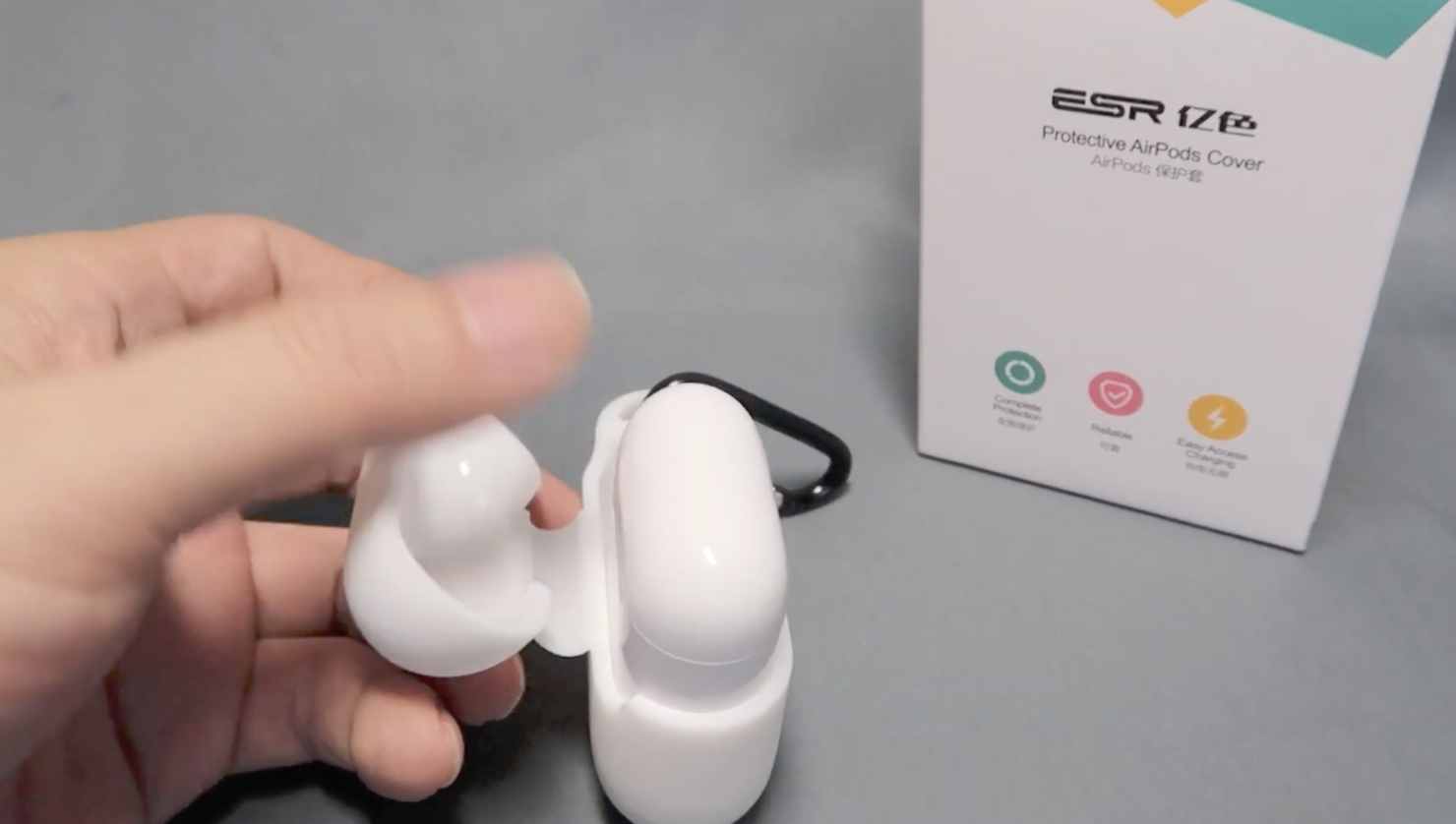 Slowly but surely, leaks for the Apple AirPods 3 (or AirPods Pro, as they're likely to be dubbed) are taking place. The first of these took place early this year when alleged images of the earbuds and their case surfaced from China. Then, we had a case maker put an AirPods Pro case and carrying cover (manufactured by ESR) went up for sale. Now, two days after the case cover leak, we've come across a Chinese mock-up of the earbuds' case and actual product images of ESR's covers. Take a look below for more details.

Apple took its time to upgrade the AirPods, with the AirPods 2 coming nearly three years after their predecessors were launched. The AirPods 2 feature Apple's H1 chip which brings a host of new features onboard. These include Hey Siri functionality, faster connection switching and longer talk times. However, the earbuds aren't perfect as they lack in two critical areas.

The first of these areas is a clunky design with the AirPods 2 not being a universal fit. They're easy to misplace and are surprisingly loose in the ears for products from a company that prides itself on design and ergonomics. The second is the absence of active noise-cancellation. This feature is a must for premium earbuds, and naturally, it requires processing power to generate a waveform exactly opposite of ambient noise. Well, today's image leak might hint at a new upgrade that solves these problems.

The first of the two images above are from the Chinese social network Weibo, and they represent a cheap knockoff based on what is purportedly Apple's design for the AirPods Pro. The second image pair is courtesy of Japanese blog MacOtakara, which has managed to get its hands on case maker ESR's covers for the AirPods 3 charging case. As you can see, both image sets feature a similar oval case different from the AirPods 2's housing.

These successive leaks build up the hype train for the earbuds, and they increase the chances of an actual launch taking place. However, it's also possible that the products are simply based on rumored design specifications, with their manufacturers trying to get ahead of Apple's launch. Still, as far as ESR's products are concerned, there's a big possibility that the manufacturer only chose to invest resources in producing its products after having obtained concrete information for the Air Pods 3's existence. Whatever the case (no pun intended) is, we'll find out soon enough.