AI: The Somnium Files – nirvanA Initiative Shows Off Some Gameplay in Latest Trailer 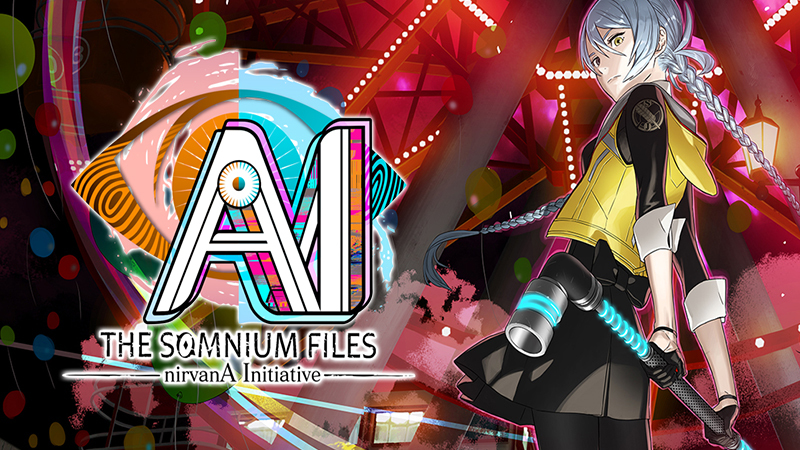 Spike Chunsoft has recently unveiled the sequel to AI: The Somnium Files. The new game is called AI: The Somnium Files - nirvanA Initiative and it will see the newly-appointed Special Agent Mizuki and her AI partner Aiba solving the bizarre Half Body serial killings with the aid of newly implemented Somnium and Investigation elements.

Today, the company has revealed some of these new elements in the latest gameplay trailer. The trailer introduces the game system which consists of two parts, "Investigation" and "Somnium". The "Investigation" part takes place in the real world. Here players will examine crime scenes and listen to testimonies. In the "Somnium" part, players enter the dreamworlds of suspects and key witnesses.

You can watch the gameplay trailer below:

Spike Chunsoft has also announced a limited-time offer for those who purchase the game during launch. From the moment the game releases, players will be given some launch-date DLC to brandish and make the game look silly...er. How? With the addition of some hot dog costumes and t-shirt designs that are probably going to set off some meme alarms.

As a limited-time bonus, players who purchase the game can download two free costume DLCs, a "3 Pattern T-Shirt Set" and a "Hot Dog Costume Set,"  for the game's AI-Balls Aiba and Tama. The DLC will be available for three weeks from the release date. So, make sure to nab yours if you're going to play this game on the release date. 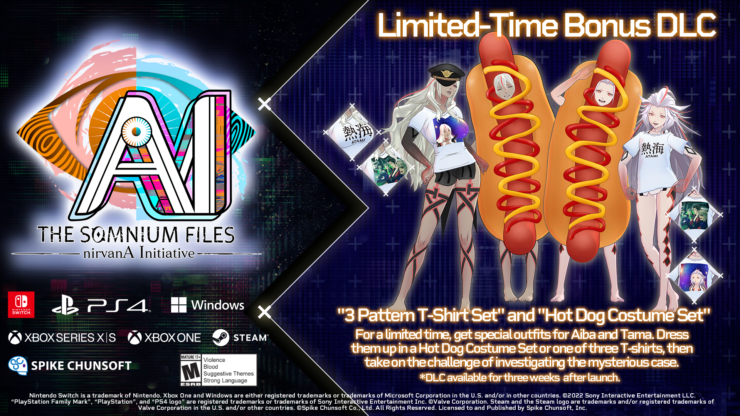 AI: The Somnium Files - nirvanA Initiative is going to be released on PlayStation 4, Xbox Series X|S, Xbox One, Nintendo Switch, and PC (Steam/Windows Store) on June 23 in Japan. Meanwhile, America and Europe will see the release of the game the next day, June 24.

In other news, THQ Nordic has recently announced its latest game showcase. The now annual event aims to bring several new announcements, first-looks, and even some developments on their current-standing game offers.