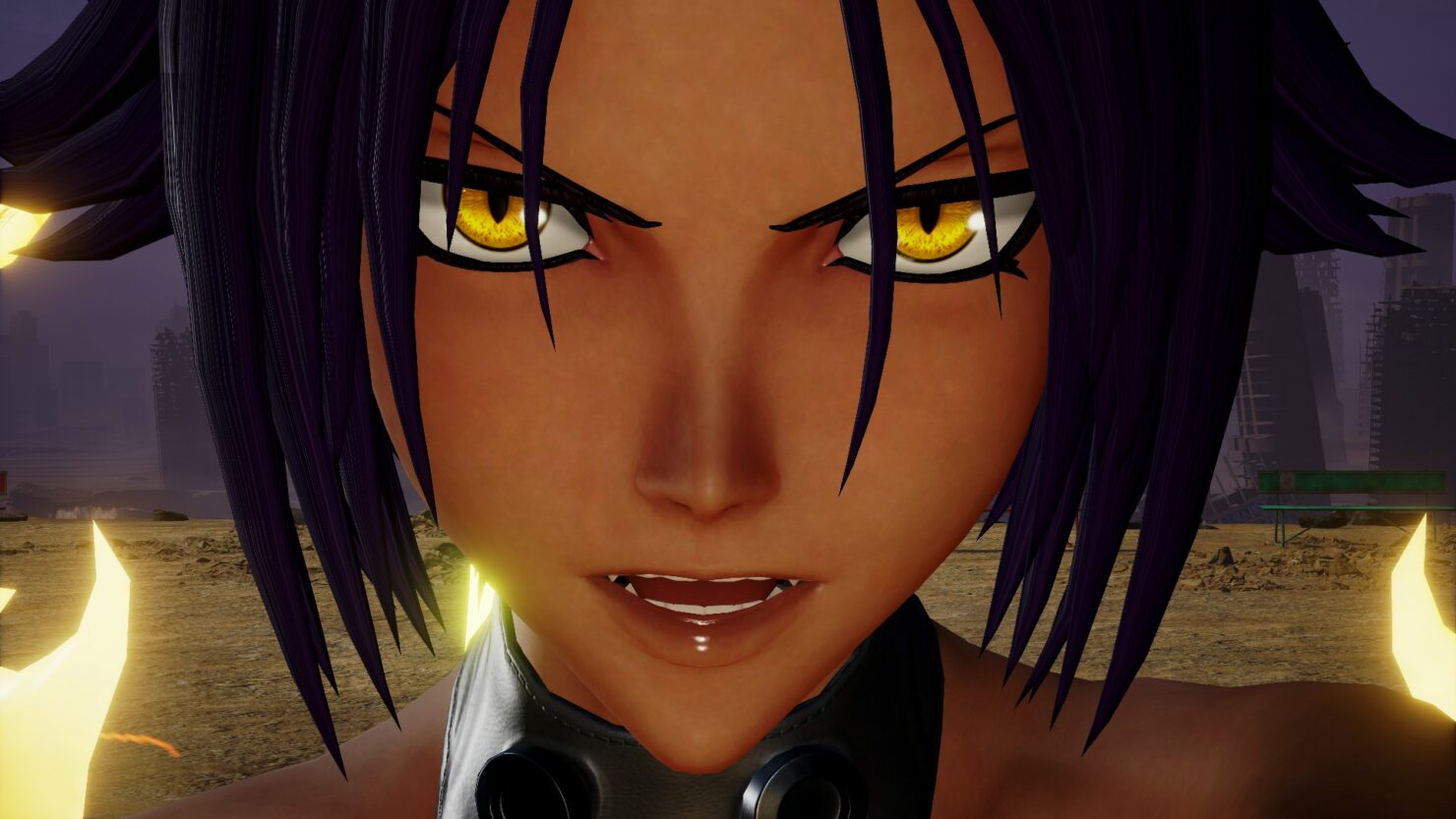 Feel the urge to try out some catlike reflexes in Jump Force? Suddenly thinking that butterfly emblems might be your thing? Looks like you've caught the Yoruichi Shihouin bug. Bandai Namco just debuted a quick new 30-second trailer showcasing the Bleach character and what she brings to the table as Jump Forces's newest fighter.

The new clip shows off some of Yoruichi's abilities as a Shunpo Master, and she seems pretty terrifying. If you've ever watched the anime she hails from, Bleach, she's capable of doing some pretty impressive things to her enemies. You don't want to get on her bad side. Plus, there's that whole thing about how she can just turn into a cat at will, too. In the clip, we see a transformation take place as well, as she pulls off the move Shunkou: Raiju Senkei: Shunryu Kokubyo Senki.

Yoruichi is the penultimate Jump Force fighter being added to the slate currently. We'll still see Jojo's Bizarre Adventure's Giorno Giovanna added in 2021 with this character pass, but the rest of it has already been filled up. Previously, Yu Yu Hakusho's Hiei, My Hero Academia's Shoto Todoroki, and Hunter x Hunter's Meruem were added to the game's cast. Yoruichi marks the seventh Bleach character to make their debut in Jump Force.

We gave Jump Force a 6 in our review:

"Jump Force has major problems, but it can actually be really fun. It feels tedious when playing missions, and repetitive at times in combat. But using your favourite characters' abilities in battle remains fun throughout. It's going to be an acquired taste, but anime fans will actually find a lot to enjoy here. Just stick to the online play, where you can remain blissfully ignorant of the awful cutscenes and animation."

If you've been waiting for a reason to jump into Jump Force (see what I did there?), Yoruichi makes a good case. There's still a lot of life left in this game as well, so it's worth investigating and trying out each new character if you've previously missed out.