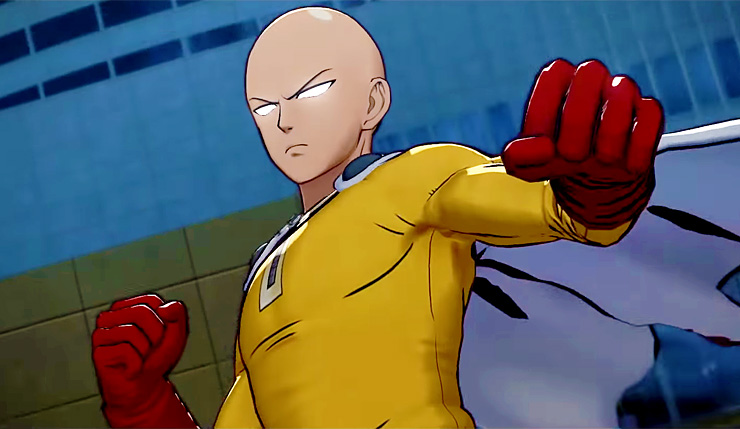 Bandai Namco has dropped a new trailer for One-Punch Man: A Hero Nobody Knows, their upcoming 3v3 fighter based on the popular anime. This trailer includes a nice chunk of gameplay, as we get glimpses of the character-creation process, some hub world exploration, and, of course, plenty of battle footage featuring some familiar faces. Check it out, below.

For those unfamiliar, One-Punch Man stars Saitama, a superhero so powerful he’s become bored with life (hence the blasé look usually on his face). The second season of the series is currently available through Hulu, and will likely come to Netflix at some point. For those wondering how the One-Punch Man game handles its overpowered title character, according to Polygon, those who add  Saitama to their team of three won’t be able to use him for a couple minutes (a play on him always being late in the anime). That said, if you pull off enough some fancy combos you may be able to unleash him sooner.

In One Punch Man: A Hero Nobody Knows, players will get the chance to create their own custom-made avatar and experience their personal legend! While constantly training and completing various missions, you make your way up through the Hero Association ranks. Even in the midst of the battle, players will always have to be on the lookout for random events that will spice up the battle. These special events will range from supervillain interferences to asteroid crashes.

Bandai Namco will be holding a closed beta for One-Punch Man on Xbox One and PS4 next month. Anybody signed up to Bandai Namco’s loyalty program is automatically registered. You can also sign up here. These are the beta dates: