How to Adjust iPhone Flashlight Brightness in iOS 10

iOS 10 allows you to adjust the iPhone flashlight brightness. We'll show you how you can use the feature.

Apple introduced Control Center with the release of iOS 7, and with that the company gave birth to a handy dandy flashlight toggle switch as well. So, instead of having to install a third-party app to turn your iPhone into a flashlight, you can do everything on a system level.

Pretty neat one has to admit.

But up till iOS 9 you had to make do with just one brightness level and things were limited to turning the flashlight ON or OFF only. With the release of iOS 10 however, you can actually adjust the brightness of the flashlight ensuring the person standing right in front of it, or yourself, don't go blind the moment you turn it on. But how does said feature work? We'll show you.

Note: This feature works only on devices that are 3D Touch capable.

1. Bring up the Control Center.

2. Locate the flashlight toggle switch. It's the one situated at the bottom left corner. 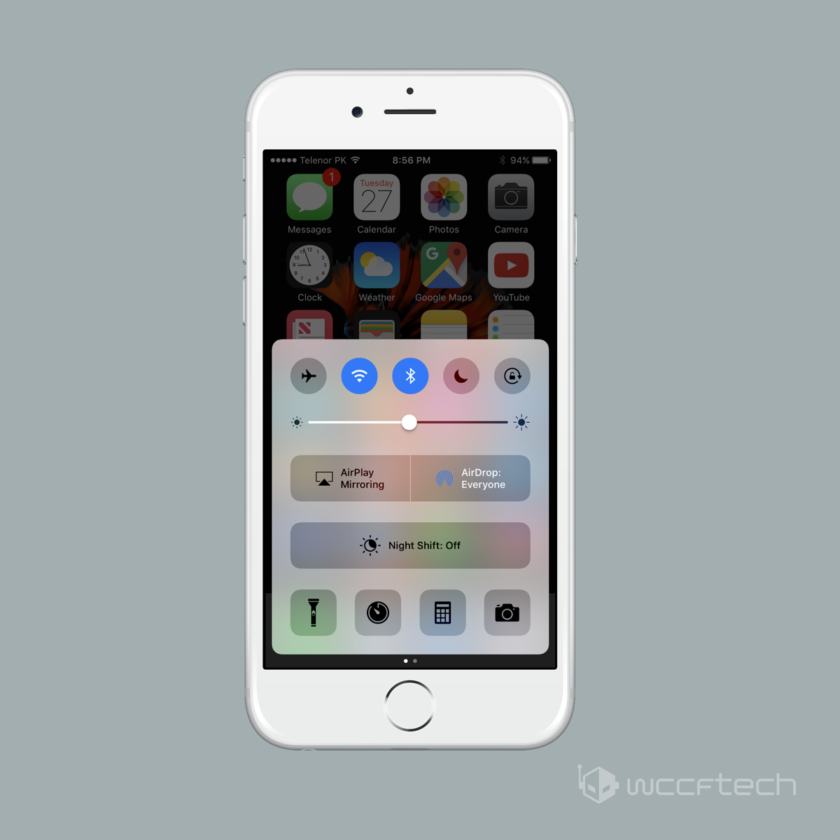 3. Instead of tapping on the bottom to turn the flashlight on, deep press on it to reveal more options.

4. You'll be presented with three options in total - Bright Light, Medium Light, Low Light. Choose the one which you think is appropriate for the situation and you're good to go. 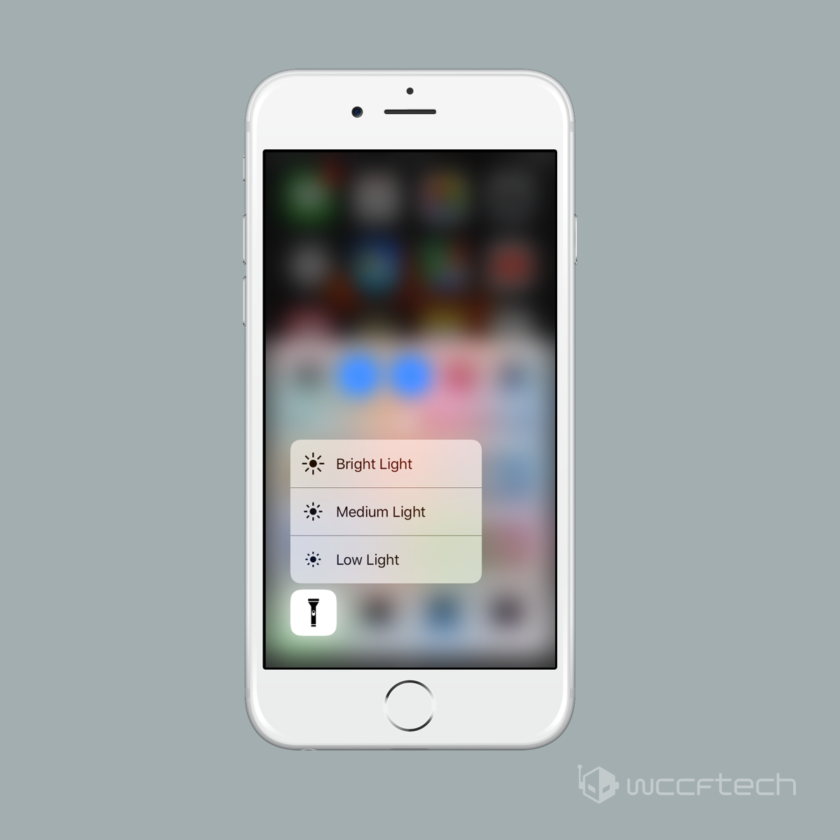 It's brilliant how Apple is taking 3D Touch and its implementation further with the release of iOS 10. Although there are a ton of areas where the feature can shine bright, but I'm certain Apple has its reasons for omitting it in the first place.

Apart from 3D Touch implementation in the flashlight toggle switch in Control Center, Apple has implemented it in the other three shortcuts as well. Namely Stopwatch, Calculator and Camera. You have the option to set a pre-defined timer, copy last result from the calculator or launch the Camera app with the forward facing camera in view.

If you found today's tip useful, then let us know about it in the comments section below.