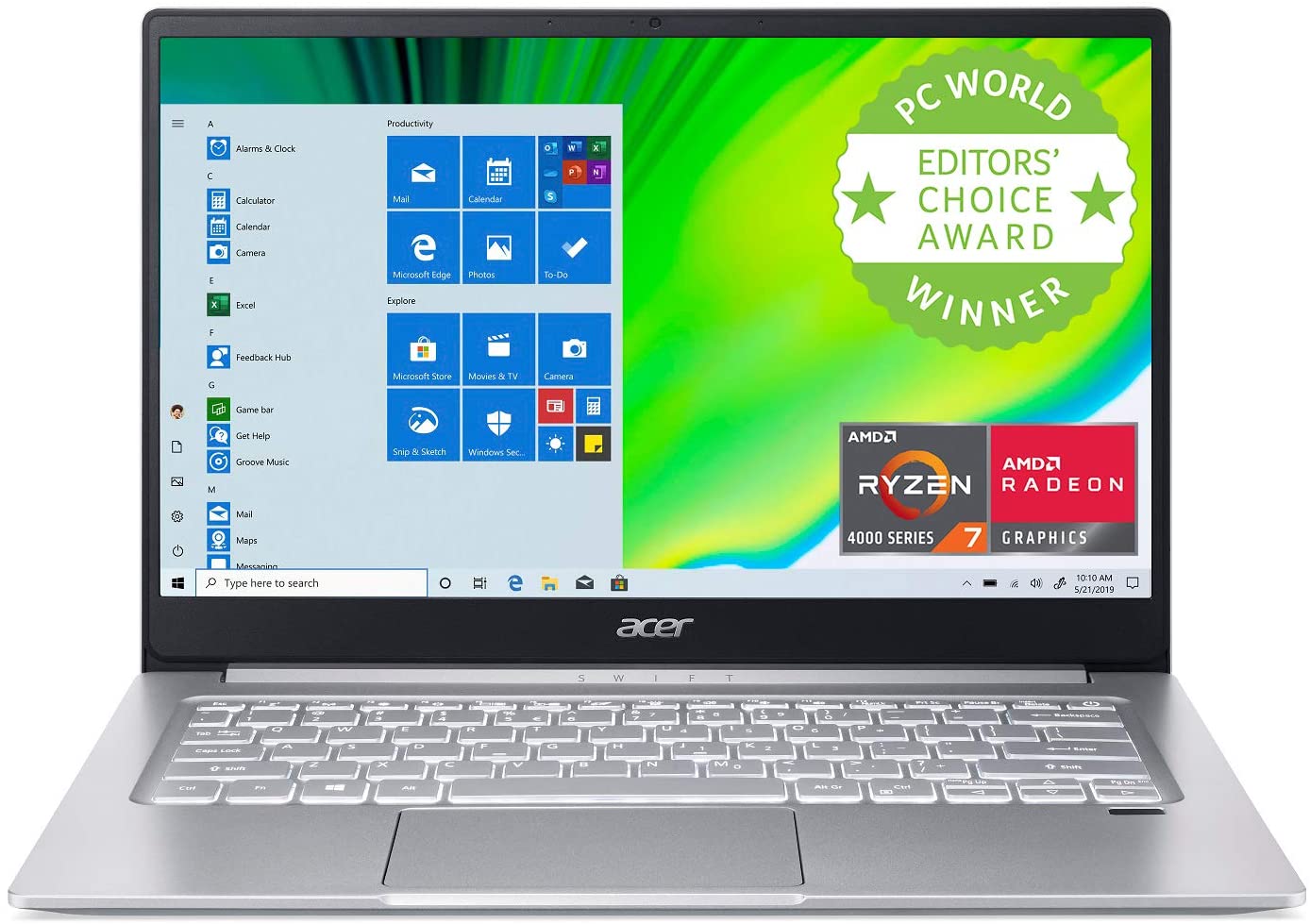 With the Ryzen 4000 series for notebooks computers at large and in full swing, it has made powerful machines a lot more affordable. Case in point is the Acer Swift 3, which costs only $679.99 on Amazon but is loaded with an impressive configuration, one that you won’t even find on $999+ laptops. It has a 14-inch 1080p display and a decent build, but its main selling-point is that price-to-performance ratio.

The Acer Swift 3 features a Ryzen 7 4700u processor, which is an octa-core CPU with a base clock speed of 2.00GHz and it features eight threads. The processor is complemented with 8GB RAM, Radeon Graphics that can help with a little bit of gaming, as well as a 512GB NVMe SSD that can be upgraded down the road if you wish. The keyboard is backlit, and the Swift 3 features a Wi-Fi 6 card for a more responsive wireless streaming experience.

The Acer Swift 3 also supports USB-C charging through one port, and you can also charge the notebook through conventional means. Despite all those powerful internals, the Swift 3 is able to deliver up to 11.5 hours of battery life. You can practically be roaming any part of the city you’re living in and still have charge left over to do little catching up with friends on social media.

Here are some more deals that you would like to check out.

Most Robot Vacuums Just Suck, This One Doesn’t