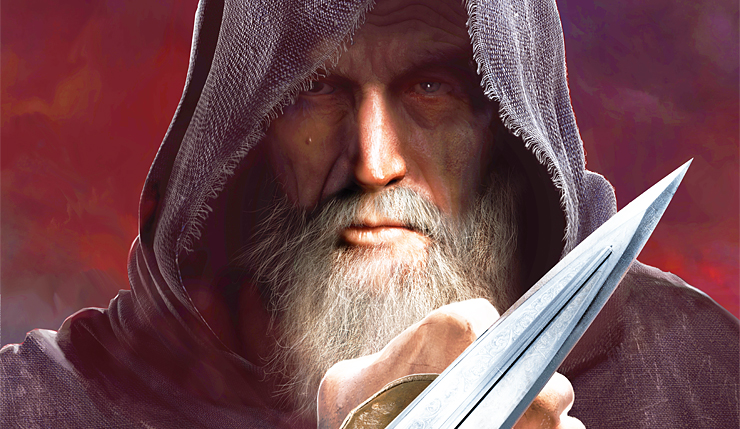 Assassin’s Creed Odyssey is kicking off its first story expansion, Legacy of the First Blade next week, which will introduce an important figure in AC lore. Numerous past Assassin’s Creed titles have mentioned Darius, the first-ever Assassin to wield the iconic wrist-blade, which he used to kill Xerxes I of Persia, but we fans haven’t had a chance to meet him…until now. Check out a Legacy of the First Blade trailer, below.

The Assassin’s Creed Odyssey Season Pass includes two story expansions, Legacy of the First Blade and The Fate of Atlantis, each of which will be split into three chapters. The chapter that drops next week is entitled Hunted, and word is it may deliver as much as six hours of new content. Here’s how Ubisoft describes the chapter:

In Hunted and the following two [Legacy of the First Blade] episodes, players will continue their grand Greek Odyssey to encounter Darius, the legend who was first to wield the Assassin’s Hidden Blade. As the story of Hunted unfolds, players will discover whether Darius is friend or foe, while meeting new characters, engaging in gripping naval combat, fighting new and powerful enemies, and uncovering revelations about the Assassin’s Creed universe.

Legacy of the First Blade continues to bring players’ choice to the forefront through the relationships they build with colorful characters and the decisions they make along the way. Players can also customize new equipment and master new special abilities as they fight their way across Greece, engaging in visceral battles on land and on sea to continue their Odyssey and become a true hero of legend.

Assassin’s Creed Odyssey is available right now on PC, Xbox One, and PS4. Hunted releases on December 4, and the next two Legacy of the First Blade episodes, entitled Shadow Heritage and Bloodline, will drop in early 2019. You can get more information on Ubisoft's AC Odyssey’s post-launch plans, right here.