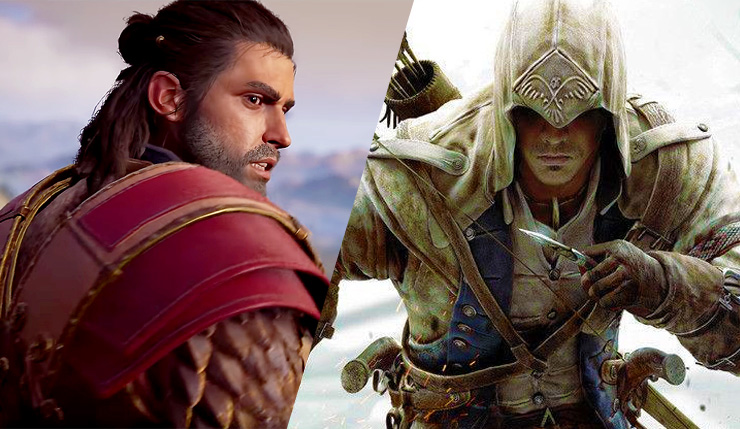 Here’s how Ubisoft describes Legacy of the First Blade and The Fate of Atlantis:

The Fate of Atlantis, the second story arc, will set players against mythic creatures while they uncover the mysteries of the fabled sunken city of Atlantis. Each story arc will launch as a series of episodic adventures, with new episodes releasing approximately every six weeks.

And here’s a bit more about Assassin’s Creed III Remastered:

Assassin's Creed III Remastered, which includes all of Assassin's Creed III's post-launch content – including the Benedict Arnold missions, the Hidden Secrets Pack, and The Tyranny of King Washington – as well as Assassin's Creed Liberation Remastered. Both Remastered editions support 4K and HDR on PS4 Pro, Xbox One X, and PC, as well higher-resolution textures, an improved lighting rendering system, and other graphical improvements. 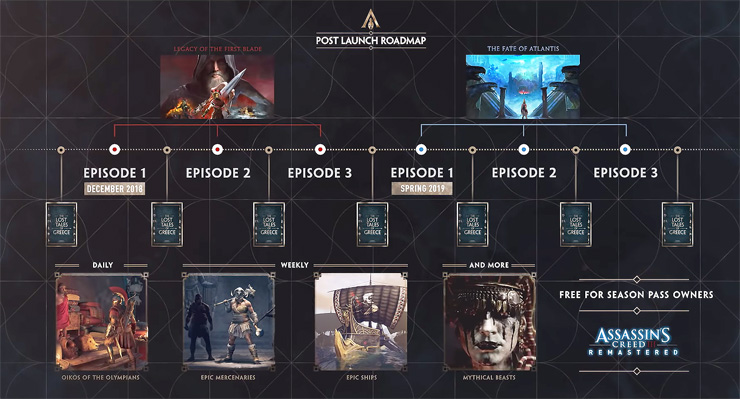 The Assassin’s Creed Odyssey Season Pass is available as part of the game’s Gold and Special editions, or can be purchased on its own for $40. In addition to the Season Pass stuff listed above, Ubisoft will also be offering The Lost Tales of Greece, a series of extra missions, which will be free for all players. What do you think? Will you be ponying up the extra cash for the Season Pass?

Assassin’s Creed Odyssey hits PC, Xbox One, and PS4 on October 5. Season Pass content kicks off in December with Legacy of the First Blade, and continues with The Fate of Atlantis next spring. Assassin’s Creed III Remastered arrives March 2019.