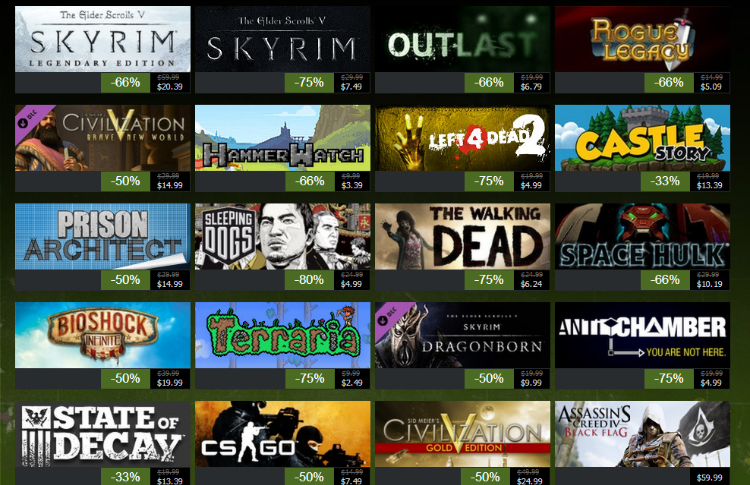 There used to be fairly significant windows during the year when game releases would slow, if not outright stop like in Summer season.

Not only is this uncomfortable for consumers, which don't have the time and money to play even a tiny portion of them, but it's also detrimental to the business of developers - particularly mid-sized ones.

Curation has always been a hot topic. One might argue there's a greater risk of a game being lost in a sea of products than that of a great game not making it through the quality bar to be in the store. The stats of more and more and more games hitting Steam have not been favorable for any of us... You've got kind of a one, two, three-punch against the smaller publishers/developers.

For a period of time... we could sell games that were not $60 top price games, and we could make good money... and we could get the opportunity to make more games. That opportunity is being challenged because there is such a large number of games at low prices in the marketplace. That takes the market, which gives lots of people choice and is really good for gamers in the one sense, and it splits the amount of money against a large number of people.

I know a large number of individual indies who are closing up shop because they aren't now even making enough money to pay for their own well-being. And that used to be a pretty sure thing. If you had a three-person shop or a four-person shop, you could sell enough to actually make a living. Now that's becoming challenging with so many games available for purchase.

If there's a financial pressure, it's really hard for people to get together and actually make great entertainment. So this is hard; this is really hard. And the only reason I think that there is a surprise is in part because of the Kickstarter phenomenon, where people were looking to raise the last $500,000 of a $2 million game, and people thought the game was made for $500,000... Games are really expensive to make, especially the kind that the consumer really desires.

inXile recently released Torment: Tides of Numenera and is now working on The Bard's Tale IV (coming in 2018) and Wasteland 3 (coming in 2019).