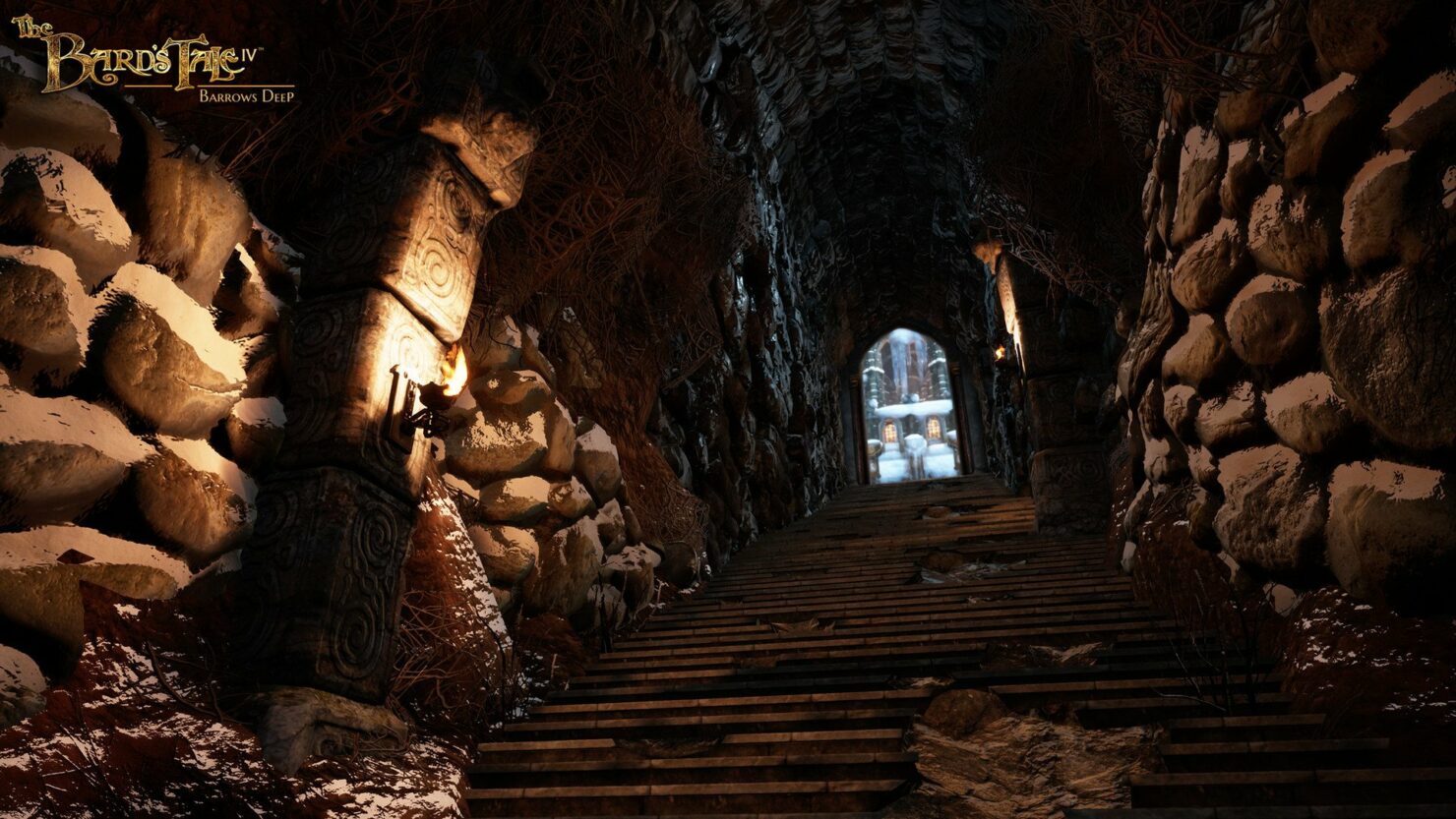 inXile Entertainment announced today that The Bard's Tale IV will be available on September 18th for PC, well on schedule. It's also set to launch later this year on Mac, Linux, PlayStation 4 and Xbox One.

The Bard's Tale IV, an Unreal Engine 4 party based powered dungeon crawler crowdfunded via Kickstarter in 2015, is being designed by Brian Fargo himself and will feature a fully voice acted storyline alongside music made by Ged Grimes of Simple Minds. The game's length has been estimated by inXile to be around 30 hours.

Over one hundred years later, the terrible events of Skara Brae’s violent destruction are nearly forgotten. In dark ruins below, an evil has waited patiently. Until now. Fanatics are gathering control, the famous Adventurers Guild has been outlawed, and you must rise up in defiance to become the hero that the realm needs.

Craft Your Characters
Create your own characters and play as a Bard, Fighter, Practitioner or Rogue. Each archtype features 60-70 skills and between 4-6 uniqur sub-classes. Choose one of seven cultures to build an array of characters which make each playthrough a unique experience.

Choose Your Companions
Start your party with a single adventurer. Recruit new heroes to bolster your ranks. Level up and customize their skills and gear. Build a party that suits your unique play style!

Unlock the Secrets of the Past
Explore mysteries that challenge the sharpest minds. Solve over 200 demanding puzzles. Claim advantageous rewards hidden for those bold enough to seek them out!

Recover Powerful Artifacts
Retrieve varied kinds of ancient weapons which inherit mystical powers from a long-forgotten past. Unlock their true potential step-by-step by solving their unique mysteries, with thousands of potential combinations providing you with deadly advantages in the battles that lie ahead.

Wonders & Curiosities
Dive deep into the enthralling mysteries of the cryptic city of Skara Brae and all of Caith in this classic-style dungeon crawler, brought to life by the power of the Unreal 4 Engine. Use class skills, uncovered lore, and clues in the environment to uncover new paths and lost treasure!

The Bard’s Tale IV: Director’s Cut Is Due on August 27th for PC and Consoles