A Potential Partnership Between Lucid Motors and Apple (AAPL) Has Become the Latest Subject of Speculation for Churchill Capital Corp. IV (CCIV) Investors 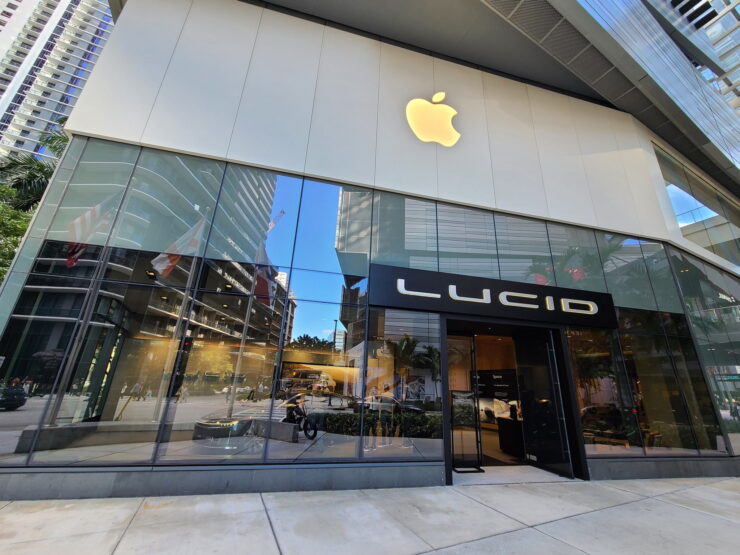 Lucid Motors certainly has a knack for remaining the center of speculation in the SPAC universe, with the latest round of rumors revolving around a potential tie-up with Apple (NASDAQ:AAPL).

Given the similar design philosophy of Lucid Motors and Apple, it is not hard to imagine how the rumors of a partnership between the two began doing the rounds. After all, both companies claim to market refined products that scream luxury. Moreover, both view themselves as disruptors in their respective tech sphere. However, Apple’s EV gambit under Project Titan has created a fresh avenue for a collaboration between these two companies.

To date, the most significant connection between Apple and Lucid Motors is that of Sir Jony Ive, the former chief designer at Apple who left the company back in 2019. Today, Mr. Ive serves as an operating partner at the SPAC Churchill Capital Corp. IV (NYSE:CCIV), which is slated to merge with Lucid Motors by Q2 2021. However, this connection, on its own, is not enough to deduce a potential partnership. Let’s dig deeper.

We believe that Apple is unlikely to directly acquire Lucid Motors at this stage. Remember, as per the recently concluded merger DA with Churchill Capital, Lucid Motors is now worth anywhere between $11.75 billion – which is the transaction equity value – and $24 billion – the valuation based on Churchill Capital’s PIPE investments. If Apple had been really interested in acquiring Lucid Motors, it could have done so at a far significant discount just a little while back. After all, the Saudi PIF was able to acquire a 67 percent stake in the EV company for $1.3 billion back in 2019.

With direct acquisition remaining unlikely going forward, what about a manufacturing partnership? As we detailed in a previous post, Lucid Motors is aggressively pursuing a vertical integration strategy for its EVs. The company will officially start delivering the Lucid Air EV in H2 2021, with the AMP-1 production facility in Arizona coming online in the latter part of the year. In phase 1, the facility will have a capacity of 34,000 units per annum. Phase 2 would double this capacity to 90,000 units per year. The Lucid Powertrain Manufacturing (LPM-1) plant is also located in Arizona. This facility will manufacture electric powertrains, battery modules and management systems, and Wunderbox chargers. The company has also indicated a willingness to establish manufacturing plants in Europe, the Middle East, and China. Apple, on the other hand, is likely to outsource the manufacturing of its Apple Car, as is currently the case with its iPhones. Here too, there is a problem. Lucid Motors estimates that it will produce 251,000 units in 2026, a far cry from the production capacity required by Apple. Moreover, since the EV manufacturer is pursuing a vertical integration strategy, its production ramp-up will entail significant costs. Already, Lucid Motors expects to incur a CAPEX of over $7.2 billion between 2021 and 2026. Consequently, we do not believe that a manufacturing partnership between Lucid Motors and Apple would materialize.

We believe that Magna International (NYSE:MGA) or Foxconn are much more likely candidates for the Apple Car manufacturing partnership. To wit, Magna’s subsidiary, Magna Steyr Fahrzeugtechnik, has secured a contract to build Fisker’s (NYSE:FSR) Ocean SUV on its FM-29 EV platform. Moreover, Fisker has also signed an MOU with Foxconn to manufacture a new EV, codenamed 'Project PEAR' (Personal Electronic Automotive Revolution). Foxconn is also collaborating with Byton on its electric sports-utility vehicles. Additionally, back in October 2020, Foxconn unveiled its own EV platform – dubbed the MIH. The platform will be modular and scalable, consist of a lightweight chassis and unibody design, powered by Stable Electrical / Electronic Architecture (EEA), and feature autonomous driving technology. It will also feature a solid-state battery pack and an in-vehicle internet service. Given that Foxconn is also the assembler of iPhones, it stands a much higher chance of securing a contract to manufacture the Apple Car. Therefore, Lucid Motors is likely to remain a remote possibility in this arena as well.

There is, however, one aspect where a collaboration between Apple and Lucid Motors remains much more likely – the Apple CarPlay. If Apple limits its foray into the EV sphere to the software side, the Apple CarPlay stands a much higher chance of seeing widespread partnerships, including with Lucid Motors. Citi analyst Jim Suva touched on the prospects for the Apple CarPlay in a recent investment note. According to the analyst, this product would increase the total sales for Apple by 2 percent-plus, with EBITDA increasing by 1 percent to 2 percent beyond 2024.