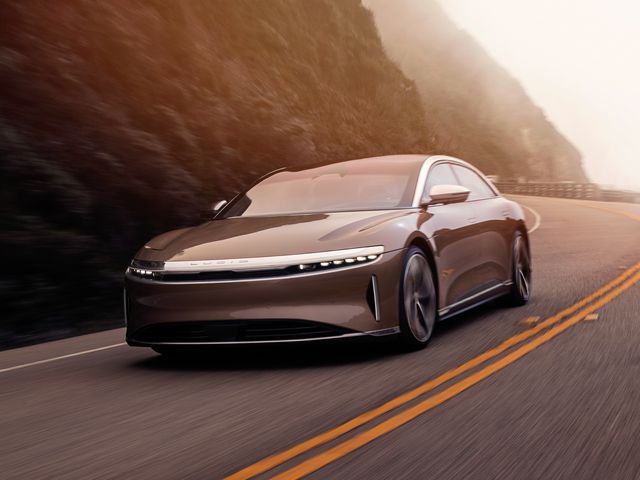 Lucid Motors, the company behind the stylish Lucid Air electric vehicle, is rumored to be in merger talks with the Special Purpose Acquisition Company (SPAC), Churchill Capital Corp. IV (NYSE:CCIV).

While details are scarce at the moment and no official confirmation is at hand, should this deal materialize, it would mark a significant step forward in Lucid Motor’s quest to popularize its Air EV model. For the uninitiated, the Lucid Air is a luxury EV sedan that comes in three versions: Air, Air Touring, and Air Grand Touring. The base model will start retailing at $69,900 (by incorporating federal tax credits) and offers a range of 406 miles along with a 0-60 mph acceleration in 2.5 seconds. The Air’s headline feature, apart from the sheer luxury, is that “its ultrafast 900V+ architecture is designed for compatibility with the CCS standard and usable with any public charging station”. This makes it possible to soak up a 300-mile range via a 20-minute fast-charge.

On the 14th of October, Lucid Motors provided an important update regarding the pricing of its Lucid Air EV. The company noted that the base model would retail for $77,400. However, after incorporating the U.S. federal tax credits, the effective price would be slashed to $69,900. Bear in mind that this price point is virtually identical to NIO’s recently announced ET7 EV. For reference, the ET7 is expected to debut in Q1 2022 with a minimum price tag of around $70,000 (RMB 448,000) before the application of subsidies. If, however, users subscribe to the company's Battery-as-a-Service (BaaS) facility and rent the base 70-kWh battery pack for $151 per month, the ET7’s price would be slashed to $59,000 (RMB 378,000). More importantly, while NIO is currently confined in China at the moment, the Chinese EV manufacturer does intend to expand its footprint to Europe this year, paving the way for the two companies to become direct competitors. As an additional point of contrast, Lucid Air is expected to debut in the spring of 2021. NIO’s ET7, on the other hand, will only debut in Q1 2022.

Lucid Motors will manufacture its Air EV at the AMP-1 factory in Casa Grande, Arizona. The facility will have an initial production capacity of 30,000 units per year. Eventually though, the company plans to increase this capacity to 400,000 units per annum. The company noted in its press release on 1st of December 2020:

“Customer-ordered production cars will start coming off the Arizona line in Spring of 2021, with an initial capacity of up to 30,000 units annually to supply global markets, beginning with North America. These will initially consist of Lucid Air Dream Editions, followed quickly by Grand Touring and Touring models. Lucid Air Pure joins the lineup in early 2022, available from $69,900.”

Of course, this development follows reports of another EV merger in the works. To wit, Bloomberg published a report over the weekend, alluding to the SPAC’s possible merger with the EV manufacturer Faraday Futures – formally known as Faraday & Futures Inc. Consequently, with both Lucid Motors and Faraday Future heading to the public market in the near future, the EV froth is nowhere close to ending in the foreseeable future.