Now another company believes it can capture a piece of the accelerating streaming market and it goes by the name Quibi. However, Quibi isn't just another entrant into the ever-growing field of streaming services.

Quibi looks to find a home in a niche between ultra-premium streaming content such as that found on HBO Now and the free content found on Youtube, for example. CEO Meg Whitman took to the stage at CES to talk to the crowd about what exactly Quibi hopes to do.

Quibi aims to be something different

Quibi actually stands for "quick bites" and is looking to be installed on smartphones before all else. Programming and content will be geared towards millennials' interests (nowadays that means the under 40 crowd) and runtime will be tailored to be shorter on average.

The idea is to cater to people on the go, those that might have 8 minutes in an uber-taxi to kill, or to the person that hops on a bus for 13 minutes. Most people open up Instagram or Facebook with no real expectation of the content they see; they scroll endlessly until something catches their attention. Quibi aims to fill in that same kind of habit - the quick way to get some entertainment for a few minutes. 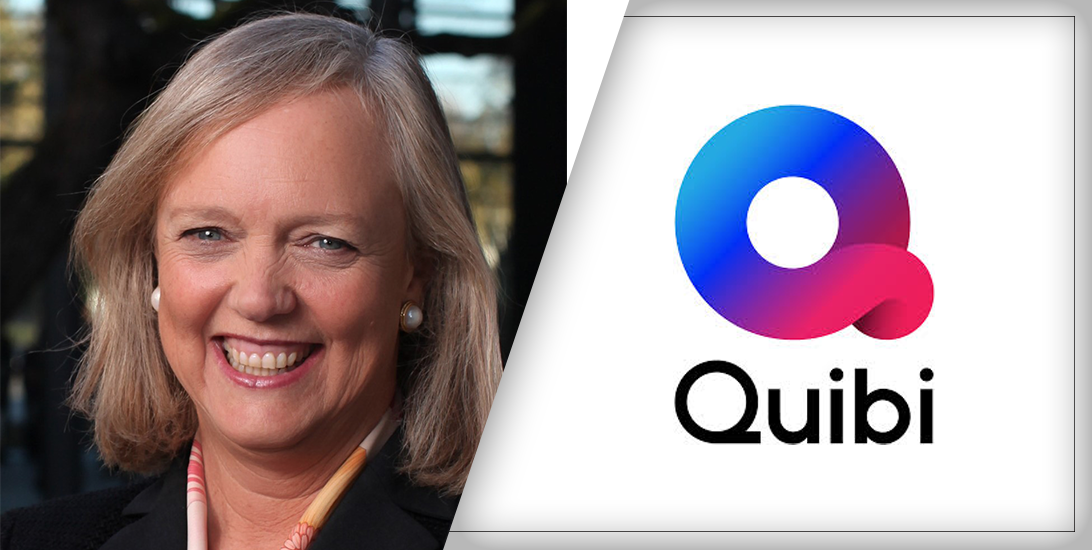 Content won't be cheap home-made videos, either. Quibi will have a few tiers of videos with the top and most expensive style called "Lighthouses". Production costs are said to eclipse $100,000 per minute of runtime which puts Quibi up with the big boys of content such as Netflix. Next are "Quick Bites" which will be a variety of programming styles such as reality bites, and lastly "Daily Essentials" - think sports and news coverage geared towards younger crowds.

Despite the crowded field, Quibi seems to be drilling down to a very interesting niche. Users of Snapchat probably remember the 2017 pivot the application completed with a user interface change that pushed users to stories (now basically channels from content creators) versus direct messaging that it was known for originally. Easy to access and easy to digest is the name of the game.

Google Cloud (NASDAQ:GOOGL) will provide the back end to ensure high bit-rate streaming, and when it comes to star-studded talent Quibi isn't taking any chances. Names such as Spielberg, Guillermo Del Toro, and Bill Murray have been circulated as being involved.

The ad-free version will cost $7.99 per month and the ad-supported tier will cost $5.99 when it launches on April 6, 2020. T-Mobile users will get the service for free according to the company.

Its certainly hard to feel confident in any new streaming provider since there are so many new kids on the block already, so to speak. Heavyweights such as Disney (NYSE:DIS) and ATT (NYSE:T) aren't to be taken lightly, these are cash-flush corporations that are investing serious money into their services. They expect to capture good portions of the market. They also happen to own proven IP that can't be recreated elsewhere.

Had Quibi came out and gave the same generic message we've grown accustomed to from new streaming apps, that of "we'll win the fight with quality programming and content is king" it just wouldn't seem likely to succeed.

The startup may be on to something here in terms of format and mobile-first design. With 175 shows and a promised "3 hours per weekday" of new content getting churned out on the app Millenials, and gen-Zoomers might decide on Quibi as their streaming service of choice.

Venture capitalists seem to be sold as Whitman has already raked in over $1 billion in funding, super impressive for a service that has zero paying customers as of today. Advertising partners, the other side of the business look to be solid as well with T-Mobile, Google, General Motors, Procter and Gamble Co.

There's simply a massive amount of risk in what Quibi is attempting. It's trying to create a new kind of service with a name no one has heard of. Of course, the same thing could be said for just about every successful tech start-up the world has ever seen.

We Aren’t in a Streaming Bubble, But Netflix is Still Overvalued