5 Things That Need to Change in Fall Guys Season 2

I adore Fall Guys. Since launch, I've been playing the jellybean racing game almost daily and I've racked myself up a respectable number of wins. Getting a solid shot on goal in Fall Ball, watching others fall to their doom in See Saw, cutting someone off in Hex-A-Gone, it's all great fun and allows me to feel the adrenaline coursing through my veins. But now that it's been out for a while, it's becoming clear that a few things need to change.

Fall Guys Season 2 was shown off at last night's Gamescom Opening Night Live, and now we know that we've got more costumes, stages, and falling to come in little over a month. This is all great news, but we also need changes to the existing content. As I said, I adore Fall Guys, but I'd be lying if I said there weren't a few minigames that make me groan or some small quality of life issues that bug me.

Fall Guys is truly a great game, but if Mediatonic wants it to stay in the multiplayer rotation for myself, my friends, and everyone else playing and streaming the game right now, I think these five changes will go a long way to making the community much happier. 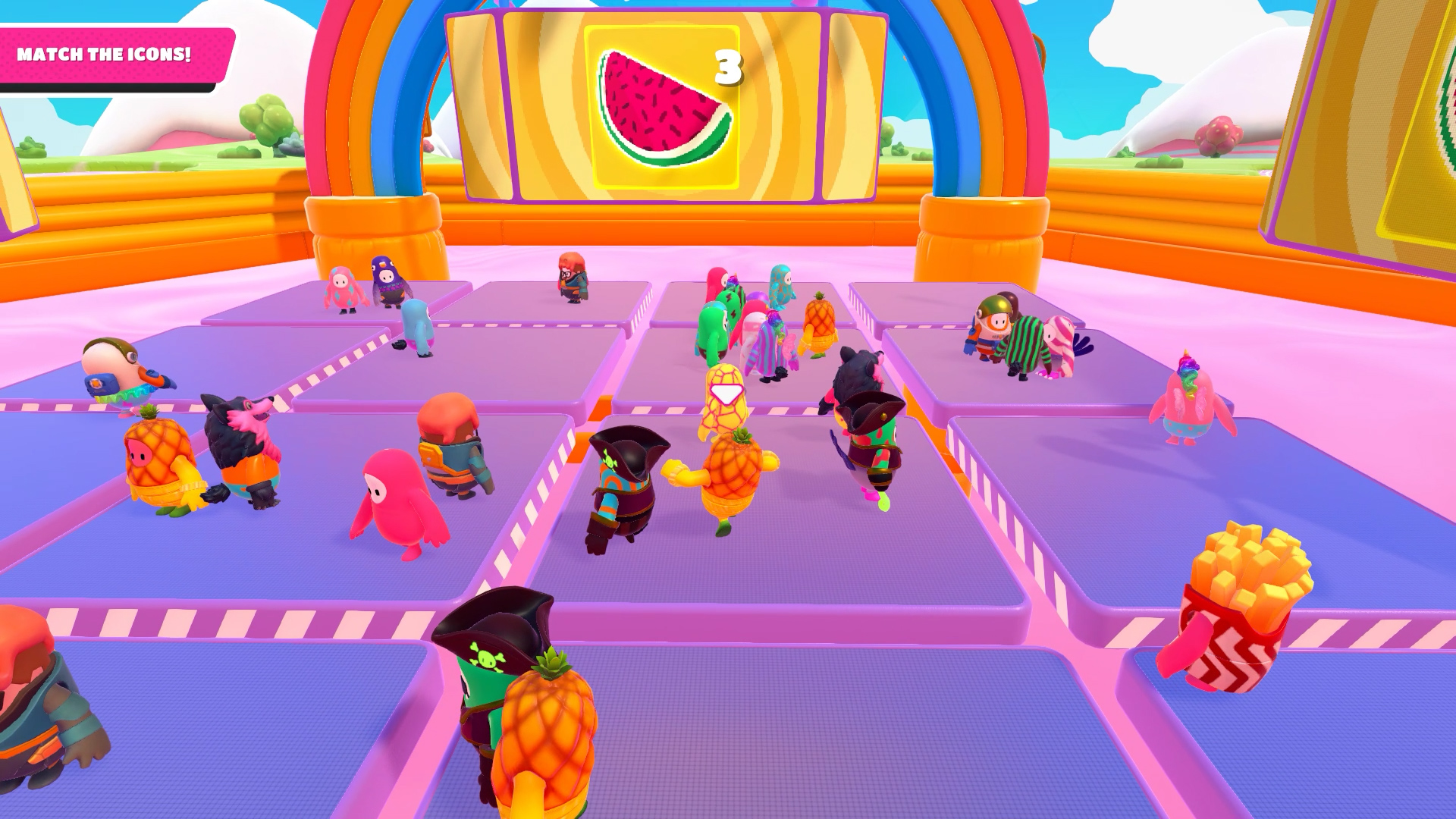 Get rid of Perfect Match

I understand why the fruit-matching game Perfect Match is there. Suddenly your gaming reflexes are put aside, and you can focus on a fairly simple game of memory and logic. I want to say it's a welcome break from some of the other frantic games, but instead, it's just annoying. It's gotten to the point where if Perfect Match comes up in the game rotation, I might just launch myself off of the platform and search for a new game.

Perfect Match slows the entire game down to a crawl, and standing around waiting for the fruit icons to flash up is more tedious than searching for a game when the servers are down. No one will mourn Perfect Match, get it gone, don't do it again. 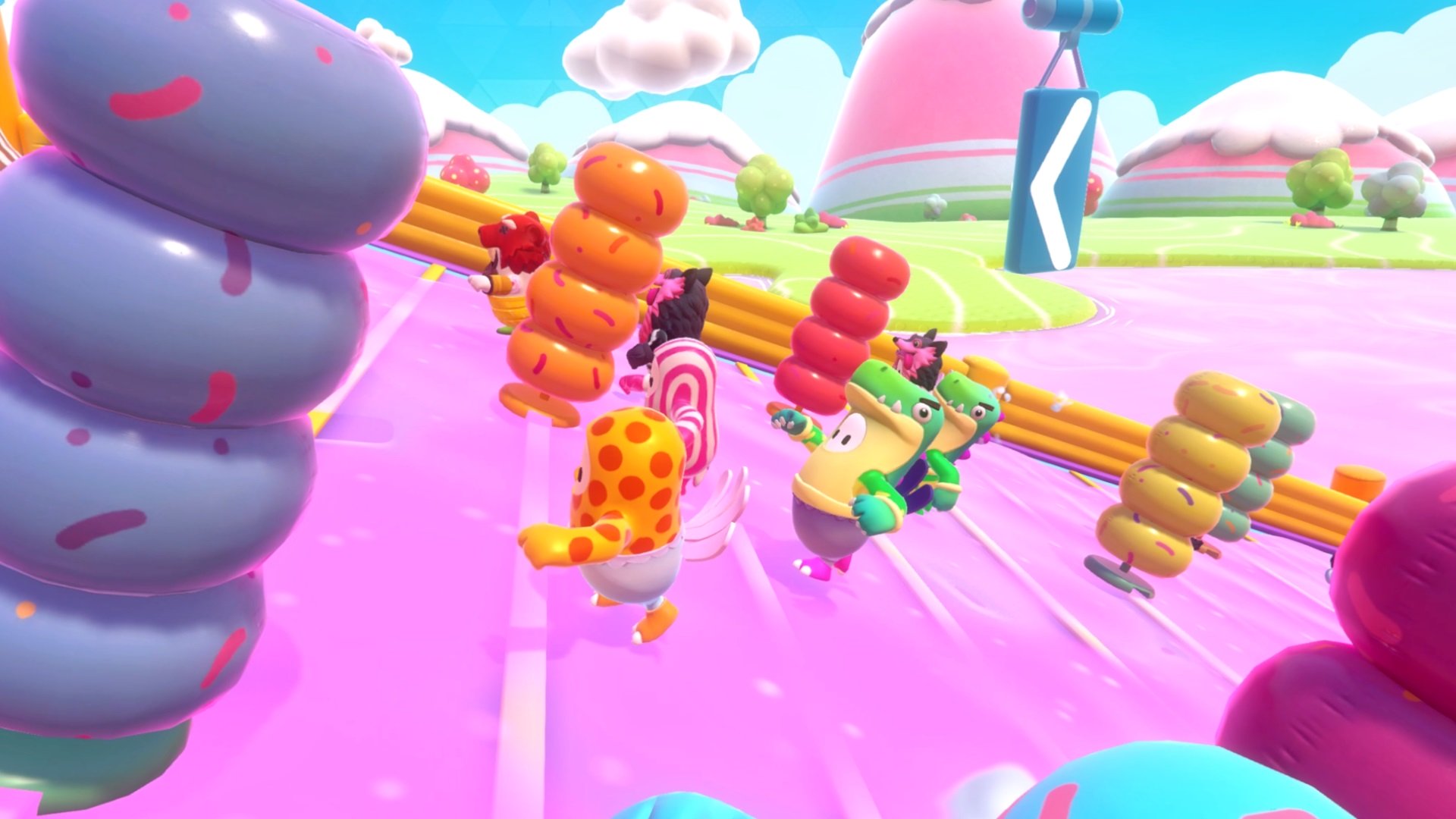 Now, I personally don't actually have much of a problem with these two games, however, my friends certainly do, and I understand why. Slime Climb is unlike any other race in Fall Guys, as the rising slime ensures that only a fraction of the players in the game will actually qualify - the climbing elimination zone instead usually whittles the numbers so severely that rarely more than 10 make it through, despite up to 60 going in. One mistake can cost everything is this one, and it feels a bit too punishing when I'm playing with pals.

See Saw is much the same, though it's only really a problem if you get stuck near the back of the pack. If you manage to get ahead by a see-saw's length, then you're assured to get a first-place victory. If you're in the middle of the crowd, you're almost guaranteed to fall just once. Instead of making this one too easy, how about just adding a few more see-saws near the early and mid-section of the game, giving players more options, and leaving that final stretch as a true test of cooperation? 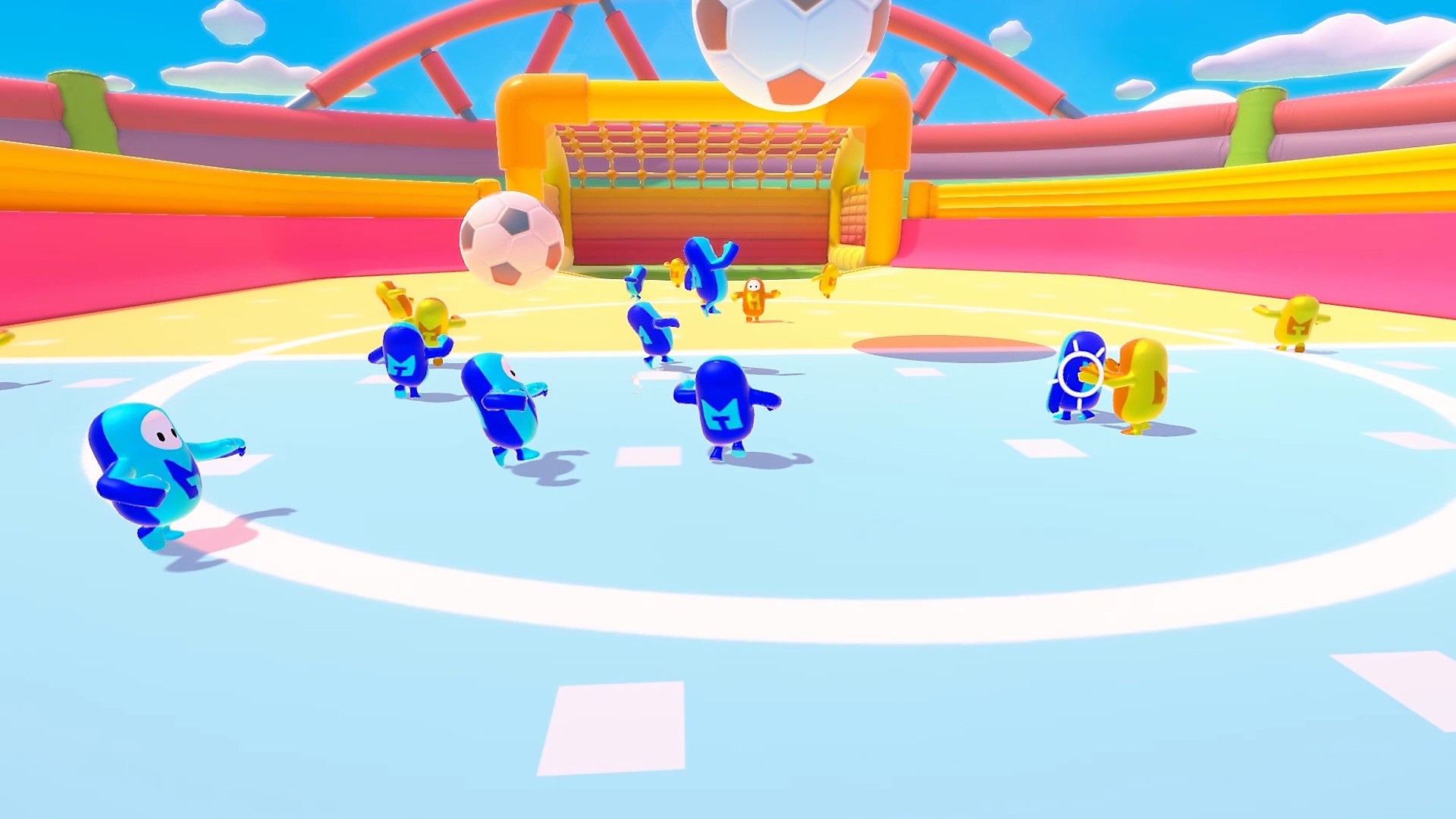 Why are there not more games like Fall Ball in Fall Guys? It's basically Rocket League with jellybeans, and it works far too well. The simple physics combined with your simple moveset adds up to a game that just feels natural in this goofy world, and getting a shot on goal is incredibly satisfying. This is by far the best team game.

Tail Tag, however, is awful. You can see that the game has a fairly low tick-rate from how the ball in Fall Ball can sometimes judder around the arena, but you truly feel it when you grab another jellybean and just do not get their tail, despite them just being near you and seemingly grabbing yours from nowhere. Mediatonic, you know what I'm talking about, and you know that something about Tail Tag needs to change. 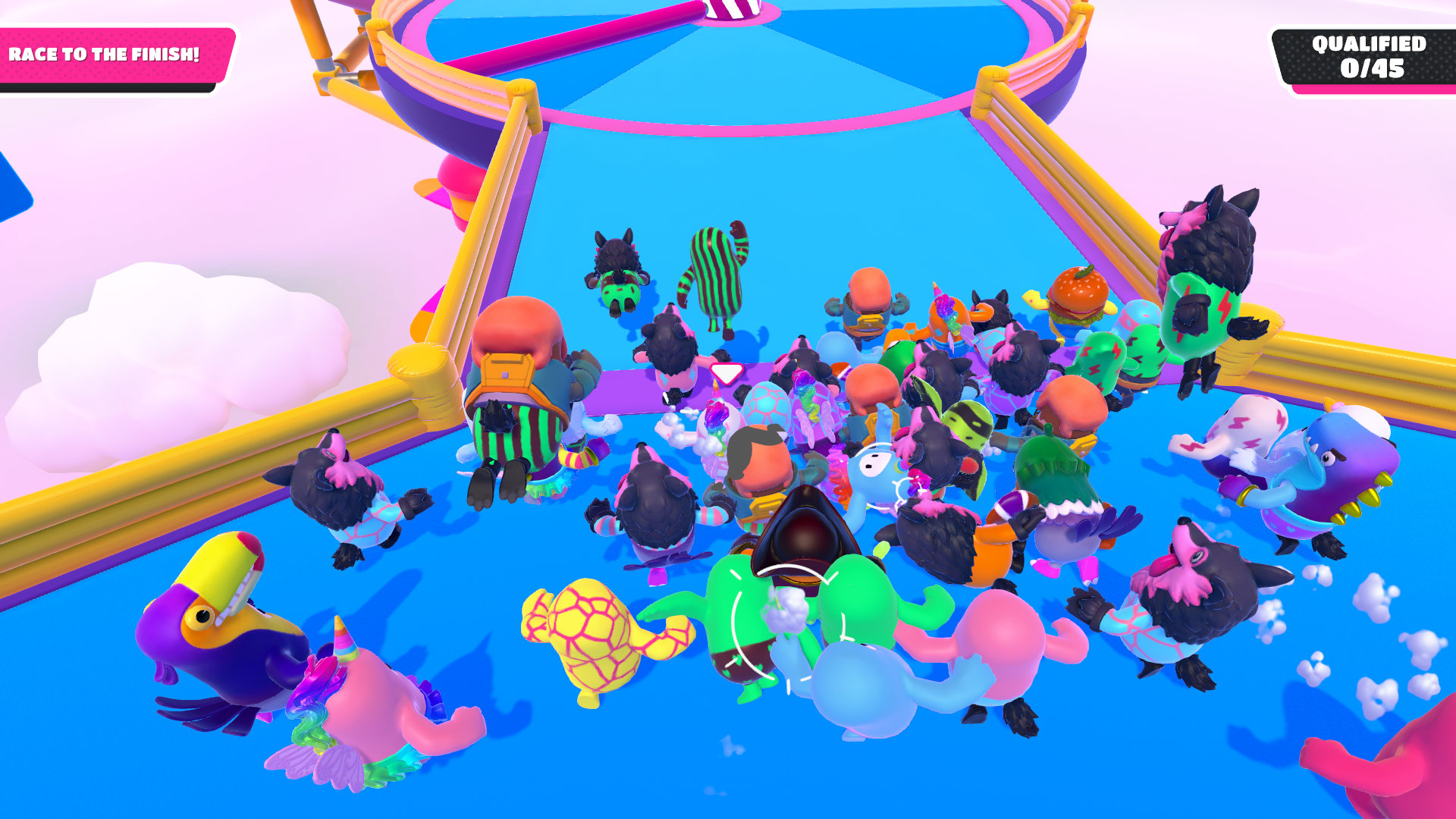 This seems so obvious to me that I don't understand why it is not already available in Fall Guys. Let me sit next to a friend and have both of us play the multiplayer online. Heck, let me sit with up to four friends on a single system. Why not?

You might be able to justify this away by saying you would cooperate during VS games, but given that you can party with people online anyway, the argument doesn't really hold water. Hell, while we're here, let me pick and choose a game playlist to play with friends locally against a load of AI opponents, so my pals can practice and stop having to spectate me. You know it makes sense. 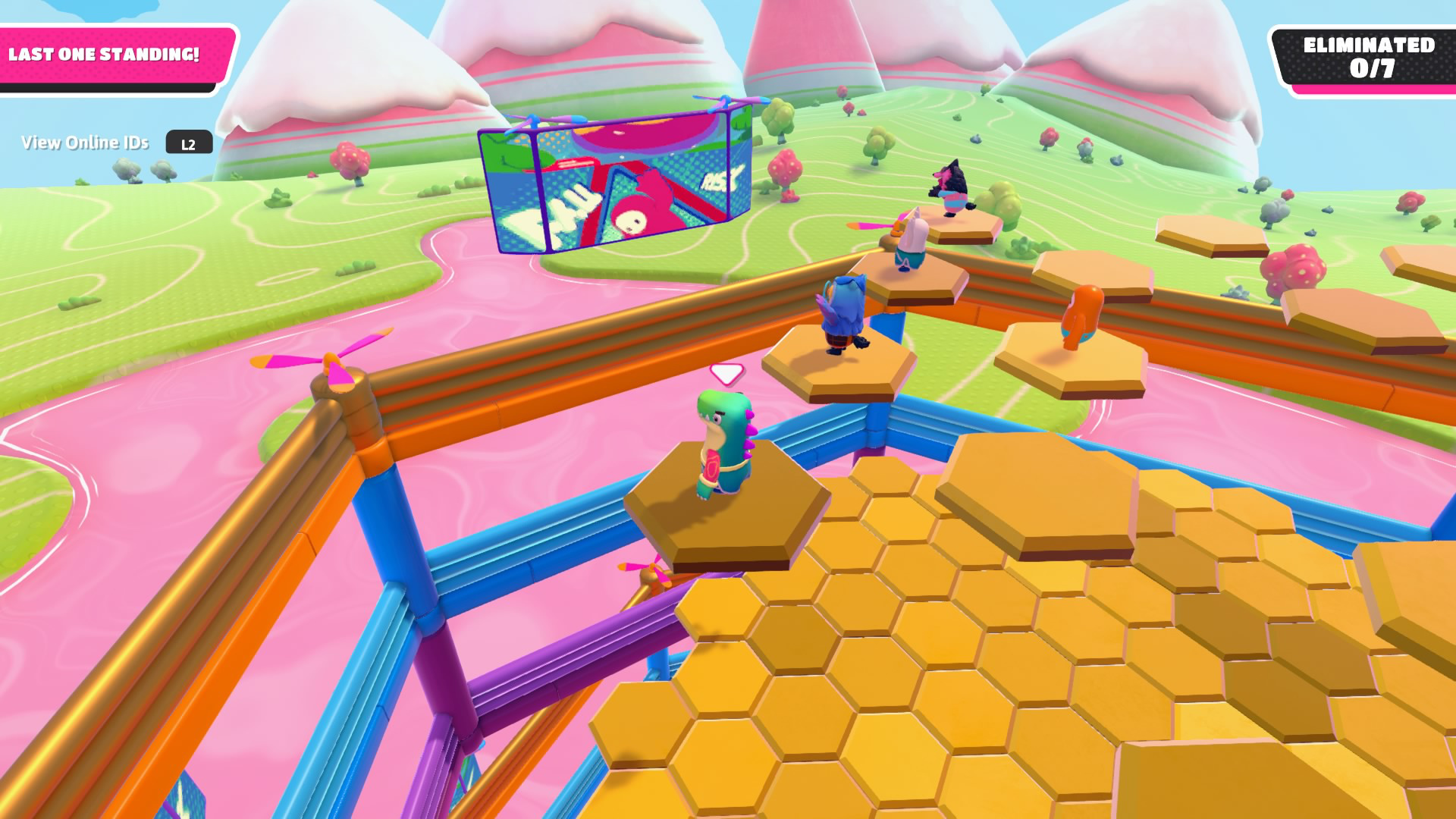 I just want the damn trophy for having a full Legendary load-out, but the damn store refuses to stock a legendary body color. I have the crowns burning a hole in my damn pocket, and I'm so limited by my options I end up never spending them on anything.

All I'm really asking for here is a bit more choice. Stock just a few extra items, and ensure one of each body piece is available for sale. It's a simple switch and would make it less frustrating when I log into Fall Guys and see absolutely nothing I want.