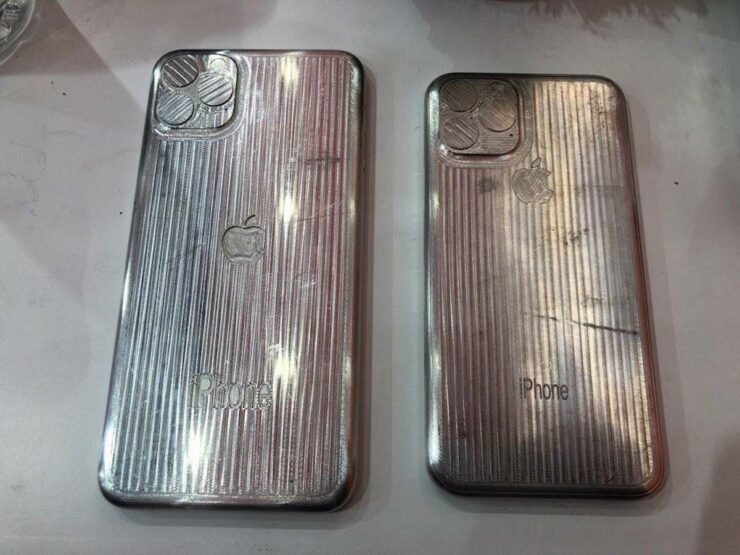 Amidst all the talk about Huawei's confrontation with the US government, gadget leaks are still taking place often. In the driest months of the year, we've seen the supply chain cough up some information that might turn out true. The focus of these leaks has been on the iPhone, as news for at least one of Apple's prototypes for the upcoming smartphone has surfaced often. Today we've got a nice set of renders based on the earlier leaks. So, if you're interested in this year's iPhone XI(R), head over below for the details.

The ugliest part of last year's iPhone XR is the device's display bezels. These are necessary due to an LCD display panel that's being used on the device. The border lends a bulky look to a device thicker than the iPhone XS and iPhone XS Max. Apple's decision to sell most of the high-end gadgets' hardware at a reduced price came with compromises, and these resulted in the iPhone XR being unable to stop the lineup from hemorrhaging growth.

Interestingly, leaks for the 2019 iPhone XR have focused on its rear camera and left out details for the display. Apple's taking a lazy approach with the gadget if it intends to keep display design on this year's smartphone different over its predecessor. However, since it's early on in the leaks season for the annual iPhone refresh, it'd be unwise to take this absence of evidence for the smartphone's display as evidence that the Cupertino tech giant will not make any upgrades in the area.

In this vein, we've got an alleged render leak for this year's iPhone XR today. Since the source of these two images cannot be verified, we'd advise you to take them with a grain of salt. They show a dual rear camera setup on the smartphone's back. This sensor will be a telephoto lens according to information allegedly from Apple's supply chain. Additionally, if you take a closer look at the front of the alleged 2019 iPhone XR, you'll see that the display has bezels thinner than those found on the iPhone XS and iPhone XS Max.

Should Apple reduce bezel width on the iPhone XR, it might have more luck in selling the device. A triple camera setup is an overkill unless you like taking larger shots, and for users who do not have this need, the iPhone XR 2019 will suffice. Thoughts? Let us know what you think in the comments section below and stay tuned. We'll keep you updated on the latest.