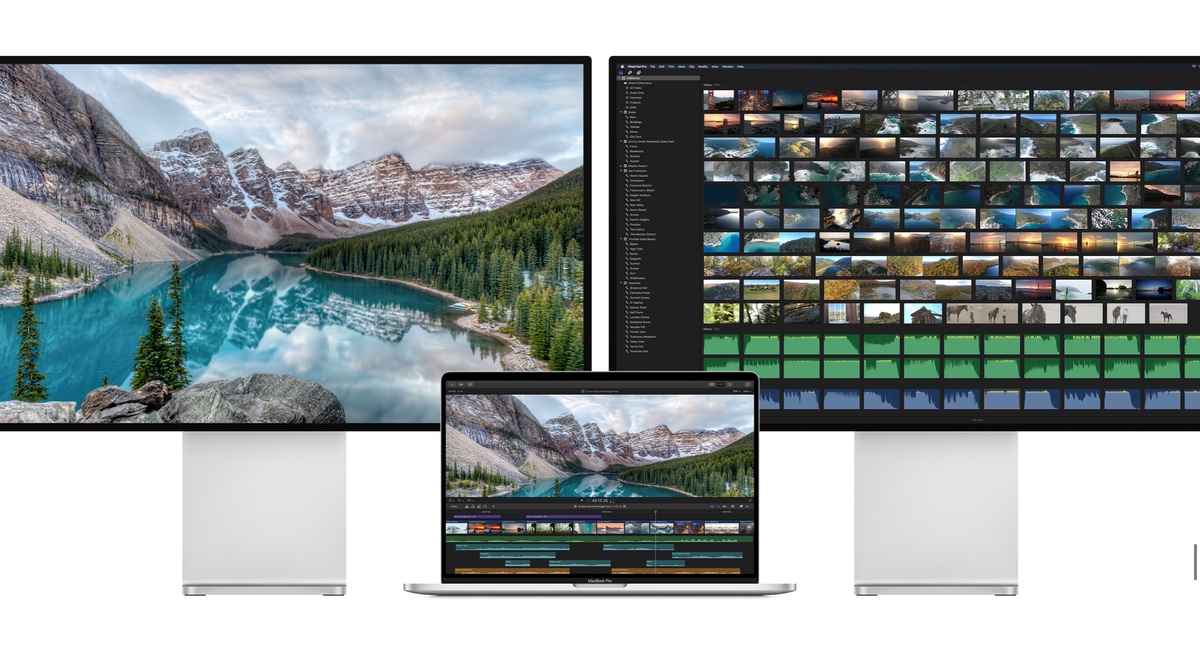 The new 16-inch MacBook Pro is a beast when it comes to video output and can drive multiple 6K, 5K and 4K monitors at the same time.

If you were planning on buying the new MacBook Pro and wondering how many external monitors you can hook up with this, then the obvious answer is a lot. According to Apple’s own support document, you can hook up multiple 6K, 5K or 4K monitors, that too in different configurations without the notebook ever breaking a sweat.

In fact, the new MacBook Pro is so powerful that it can easily drive the new Pro Display XDR (two of them) something which the older 15-inch MacBook Pro couldn’t do thanks to the lack of memory bandwidth.

If you are planning to go full-on LG UltraFine with your 16-inch MacBook Pro setup, then this is the sort of configuration you can drive on the display end:

For optimum performance, it’s obviously recommended that you go ahead and throw some cash on the GPU, allowing you to get as much legroom on pixel driving side of things. Of course, in typical Apple fashion, jumping from the AMD Radeon Pro 5300M graphics to 5500M will cost you $100 extra for the 4GB variant and $100 extra for 8GB. But again, if you are a pro video content creator, you’ll need every ounce of power.

Despite the big upgrade, the new MacBook Pro is great value for money. It brings back a keyboard that’s far more reliable, packs a force-cancelling speaker system and comes with 512GB SSD as default instead of 256GB all for just $2400. Of course, the base model packs a 6-core Intel Core i7 CPU which you can upgrade to an 8-core Core i9 option. In fact, if you spec this notebook to the max, be ready to shell out north of $6000.